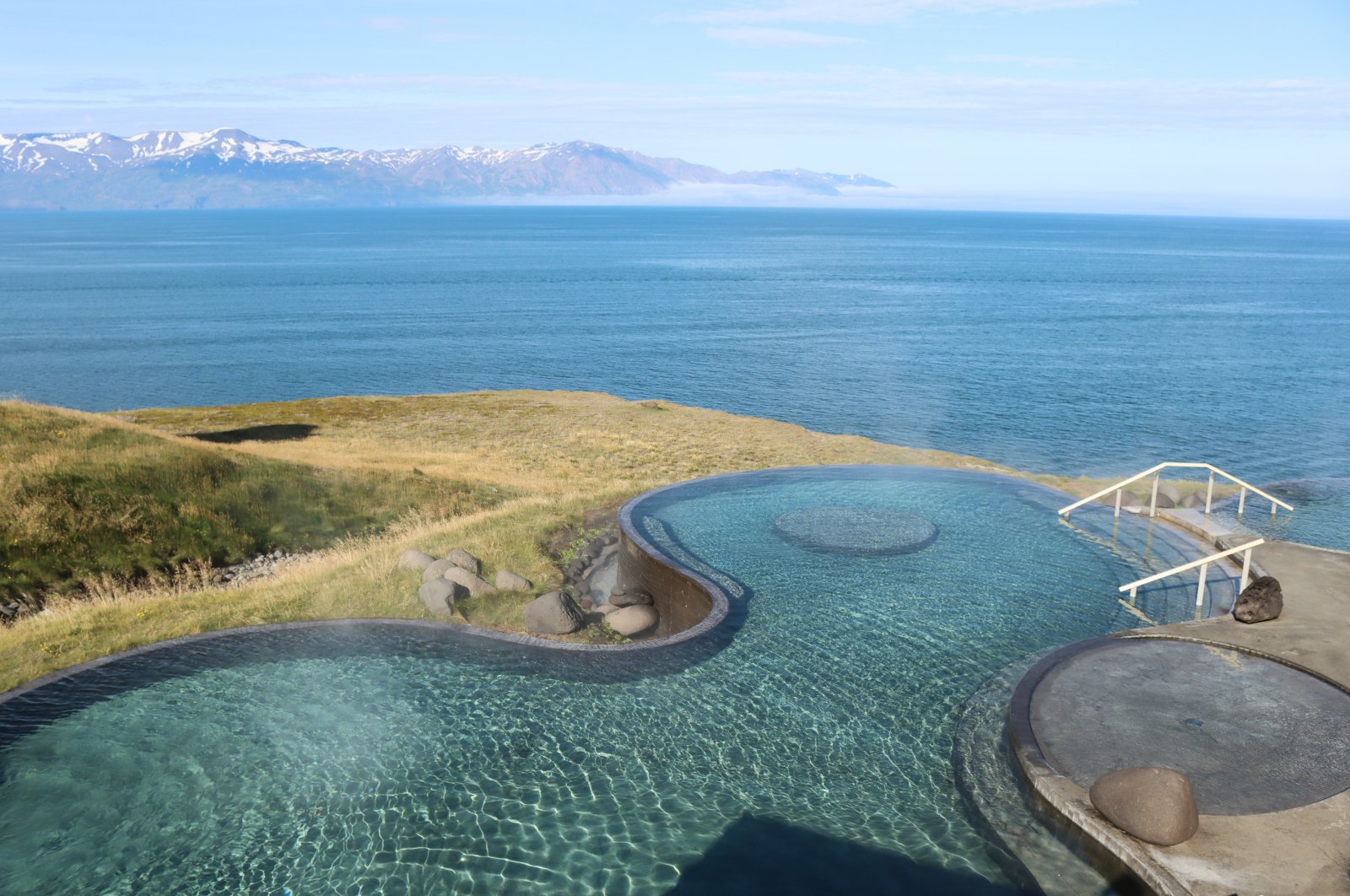 Unwinding to find peaceful life in slow cities of Türkiye

With the North Atlantic a brisk 12 degrees Celsius (53.6 degrees Fahrenheit), some people take their time when wading into Iceland's seas.

Others are helped by swimsuits, bathing caps and neoprene socks and gloves.

You don't notice the temperature once you're in, says one Icelander who swims in Nautholsvik Bay every other day.

It's easier than it sounds as water heated with geothermal energy is piped in, plus thermal springs that heat up a long concrete pool.

Many Icelanders spend their days swimming, relaxing, enjoying warm and cold water alike. Almost every town in the country has a swimming pool, no matter how small.

There are reportedly some 150 in the whole country, serving a population of 350,000.

In Icelandic, the baths are called "sundlaug" and are open all year round, even in winter. That is when they're at their most charming, amid the dark, snow and ice.

Reykjavik boasts a wide range of baths and they can be great fun for tourists to explore. Check out Sundhollin, for example, built in 1937, located just a few streets north of the Laugavegur promenade.

They were designed by the well-known architect Gudjon Samuelsson (1887-1950), who also designed the neighboring Hallgrimskirkja church, the most striking building in the capital.

Sundhollin has outdoor and indoor swimming pools, 25 meters (82 feet) long and a balmy 28 degrees Celsius. It also has several warm pools, a sauna, a steam bath and a small ice-cold pool.

Or try Klebergslaug, north of the capital, right on the ring road that circles the island. Like Nautholsvik, it is right by the sea. Holidaymakers will find 50-meter pools in Asvallalaug and Laugardaslaug, two of the largest baths in Iceland. Alftaneslaug, meanwhile, is the only pool that has waves. Another pool, that is rich in minerals and recommended for people with skin problems, is Seltjarnarneslaug.

There are few chemicals added to Icelandic baths. But there are rules, such as the requirement that all swimmers shower with soap and don't wear bathing suits before entering the pools.

This might seem strange to some tourists but it is no problem for Icelanders who go swimming with their families at the pools from a young age. Swimming is compulsory at school, too, and most mornings, parts of Reykjavik's baths are closed, so schoolchildren can swim lengths.

In Iceland, you have to pay to enter the baths if you are between the ages of 6 and 66 – entry is free for anyone upwards of 67 or for children who are five or under.

At Nautholsvik lido, with its two hot pools and wide sea, entrance fees are waived between mid-May and mid-August, which is perfect for enjoying the midnight sun.

While life in Iceland might seem comparatively expensive for many, swimming is a real bargain, with entry tickets costing 1,060 Icelandic kronur ($8) for admission. A 10-person ticket costs just under 5,000 kronur, so soon pays for itself.

Swimming is an essential part of Icelandic culture and this is where locals gather to catch up on the comings and goings of life at home and abroad, rather than in the pub or a cafe.

"Icelanders are not known for being very talkative," says Sigridur Vala Finnsdottir. "But the warm water does seem to make them social creatures." Nicknamed Sigga, she works for Dive.is, a service that takes small groups out on dives through a tributary to Lake Thingvellir in the national park of the same name.

This may offer the nation's most unusual and coldest swimming experience: the Silfra Fault, a tectonic fault between the North American and Eurasian plates. The crystal-clear water is exactly 2 degrees Celsius all year round.

You need proper gear to ensure you don't get hypothermia. "The water comes from the glacier and first runs through the lava rock for centuries," says Sigga.

The Icelanders held their first parliament in Thingvellir National Park more than 1,000 years ago. Whether they went into the cold water of Silfra is not known. However, according to legend they went into the warm water, says Dagny Petursdottir, manager of the Sky Lagoon in Karsnes.

The building is minimalist, situated at the end of a long road that cuts through an industrial area. A traditional craftsman from the island was commissioned to build the outer wall out of grass and peat, which is how Icelanders traditionally built their homes.

Inside, the building is fashionably dark. When you step out of the changing rooms into the warm water, you are surrounded by dark grey lava rocks. Take a few turns and then the broad infinity pool reveals a view of the North Atlantic.

Soothing waters are there to be enjoyed at any time, whether in smaller and larger baths, publicly or privately operated – or simply warm rivers or naturally occurring pools – just like the Vikings once did.

There's even a spot called Hell, or Viti, in Icelandic. It's located in the highlands, where there's a small crater with a pool filled with mineral-rich water.

It's milky and some 25 degrees Celsius. The route to get there is steep and often muddy and it might have you puffing and panting.

But afterwards, you can tell your friends you swam in the largest natural pool on the island – Hell, measuring 150 meters across.

Unwinding to find peaceful life in slow cities of Türkiye