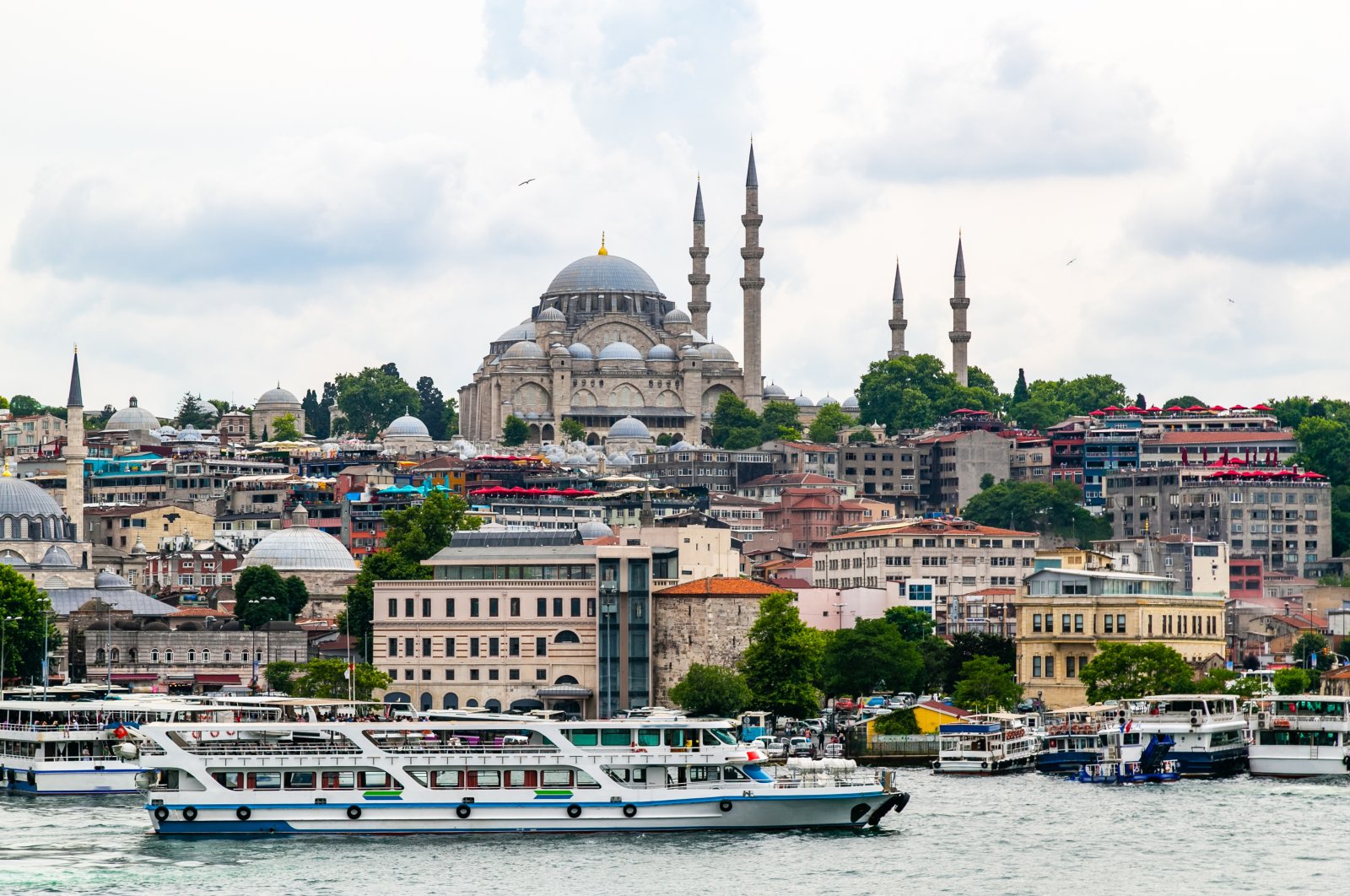 A view of the Istanbul cityscape with boats and Süleymaniye Mosque in the background. (Shutterstock Photo)
by DAILY SABAH Jun 24, 2021 3:55 pm
RECOMMENDED

Istanbul, Turkey’s most populous city, was ranked as the second most affordable city break destination in the world in new research from travel expert Bounce.

The research analyzed 75 popular city break destinations based on the average price of five common city break costs to reveal the most affordable (and expensive) city breaks across the world.

The No. 1 most affordable city break on the ranking was the Argentinian capital of Buenos Aires, which was the cheapest country for both a bottle of wine ($3.10) and a one-way ticket on local transport ($0.27). Not only is it a seriously affordable city, but this vast, bustling city has plenty to see and do, including the stately presidential palace, Casa Rosada, the Teatro Colón opera house and the MALBA museum.

Istanbul is the second cheapest city, with cheap prices across the board, including $0.40 for a travel ticket or a rate of $0.41 per kilometer for a taxi. An approximate hotel room price in Istanbul per night was estimated at around $107, a meal at a restaurant per person – $4.07.

Brazil’s Rio de Janeiro took third place. The most iconic attraction in this city is the huge Christ the Redeemer statue, while many choose to visit during the rowdy Carnival festival.

Switzerland’s Zürich was ranked as the least affordable city in the world. Switzerland is well known for being an expensive country, even more so in major cities such as Zürich, which was the most expensive city for both taxis and public transport.