Modish in Moda: To chill in Kadıköy 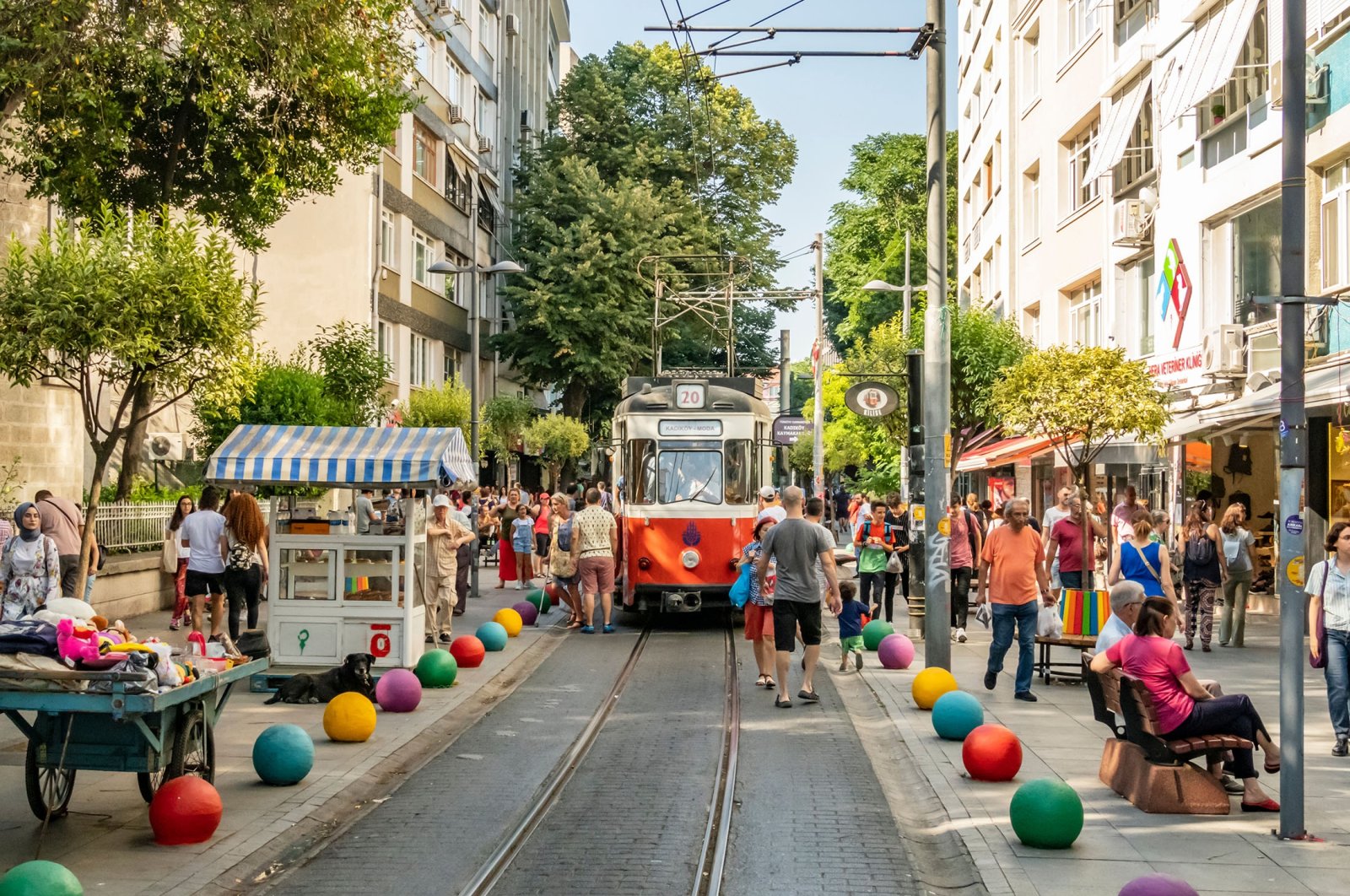 The fashionable, pro-youth neighborhood of Moda in Kadıköy is famous for its sleek cafes and worldly restaurants, but mostly for its grounded, if dramatic sense of community best served over the weekend

What begins with the piers of Rıhtım slowly rises along the breezy cliffs of Moda overlooking a wide, panoramic view of the Sea of Marmara out toward the park of Fenerbahçe and the marina of Kalamış. The songbirds are chirping, as stray cats and dogs trade places with seagulls and crows. It is a festive ecology of earthly settlement, built atop the ruins of a mythological place along the streams of Kurbağalıdere, once called Chalcedon in ancient times.

The contemporary local sculptor Eli Bensusan dedicated a braille-engraved sundial to the historic environs on its coast, which storytellers say was known as the Land of the Blind by the elders of Byzantium who looked across the auspicious waters and wondered how earlier sites of human habitation could have missed the peninsula where Sultanahmet Square now stands as a pivotal node in the making of civilizations since the dawn of recorded time.

But perhaps those prehistoric people knew exactly what they were doing and saw as clearly as the people who live in Moda, Kadıköy today, confidently going about their business despite their apparent distance from Istanbul’s core districts encircling Beyoğlu and Fatih. Nevertheless, a 20-minute ferry, or sometimes a quicker minivan, will shuttle commuters to and fro across the metropolitan region that is like the divide between Brooklyn and Manhattan.

And if a comparison might be made to another city, it could be very well the case that Moda is in many ways quite like Brooklyn, with its trendy, hip notes of cultural vitality, where the movers and shakers of the social establishment sit back at a cool distance from their institutional affiliations and live, more freely, in a distinctive air, not of cold exclusivity, but of warm selection, so to speak.

And between its dizzying arrays of nightlife spots, vintage shops, used bookstores, stylish cafes and fine eateries, the quality of life in Moda is top-notch in Istanbul. But where it outmatches its perhaps more outwardly wealthier quarters across the Bosporus in places like Bebek or Emirgan lined with yalı mansions and yacht promenades, is that it is down to earth, walkable and homely in a way that could seem welcoming to just about anyone.

To pick and choose

On the northeasterly fringes of the çarşı marketplace in the heart of Kadıköy, the chill ambiance that is Moda begins with a cluster of espresso bars, colorfully coded and aligned to a landmark fork in the road where Moda Avenue branches upward from a triangular piazza furnished with a greengrocer. Across from the multihued displays of fruits and vegetables there is a playhouse beside a record store, and confectionary-doling teahouses.

The arms of thin, bustling alleys of roads that stretch downhill and up from the broad avenue named after the neighborhood itself, which, from the Turkish, literally means “fashion,” are all replete with a tantalizing spectrum of commercial and cultural ventures. There are friendly jewelers who craft metal and stone with a precise and gifted knack for beauty and lure. And when greeted beside vogue clothiers, the streets come alive with the romance of youth.

With its pulse of promise among the freshest generation, there is a keen lead toward entrepreneurialism in Moda, where the literary and artistic stretch their legs and dream of strengthening their collaborative networks. The bookshop 645 Dükkan, for example, is also the house of a publisher specializing in creative literature, ranging from Plato to Franz Kafka and Stefan Zweig.

To meet and be

Just near to 645 Dükkan, which has an impressive selection of English books, a rare and precious commodity in Istanbul, including a number of Irish titles, there is a plaza known to the locals as “the pool.” It was, apparently, once a shallow pool, but has since been drained and fixed with the metal sculpture of a fish out of water. There is an apt metaphor to the piece of public art, as it stands in Moda, an utterly unique place in Turkey.

“The pool” is surrounded with such businesses as the Vegan Bakkal, specializing in a massive variety of tasty meatless foods and desserts, as well as aromatherapy kits and other knickknacks bristling with the love of life, animals and community. Across from it, where a trolley passes a primary school, the broad avenue of Bahariye begins to wind toward the Süreyya Opera House, along the way passing countless venues for taking care of business while enjoying life all at the same time.