On cafe society: To be in Yeldeğirmeni 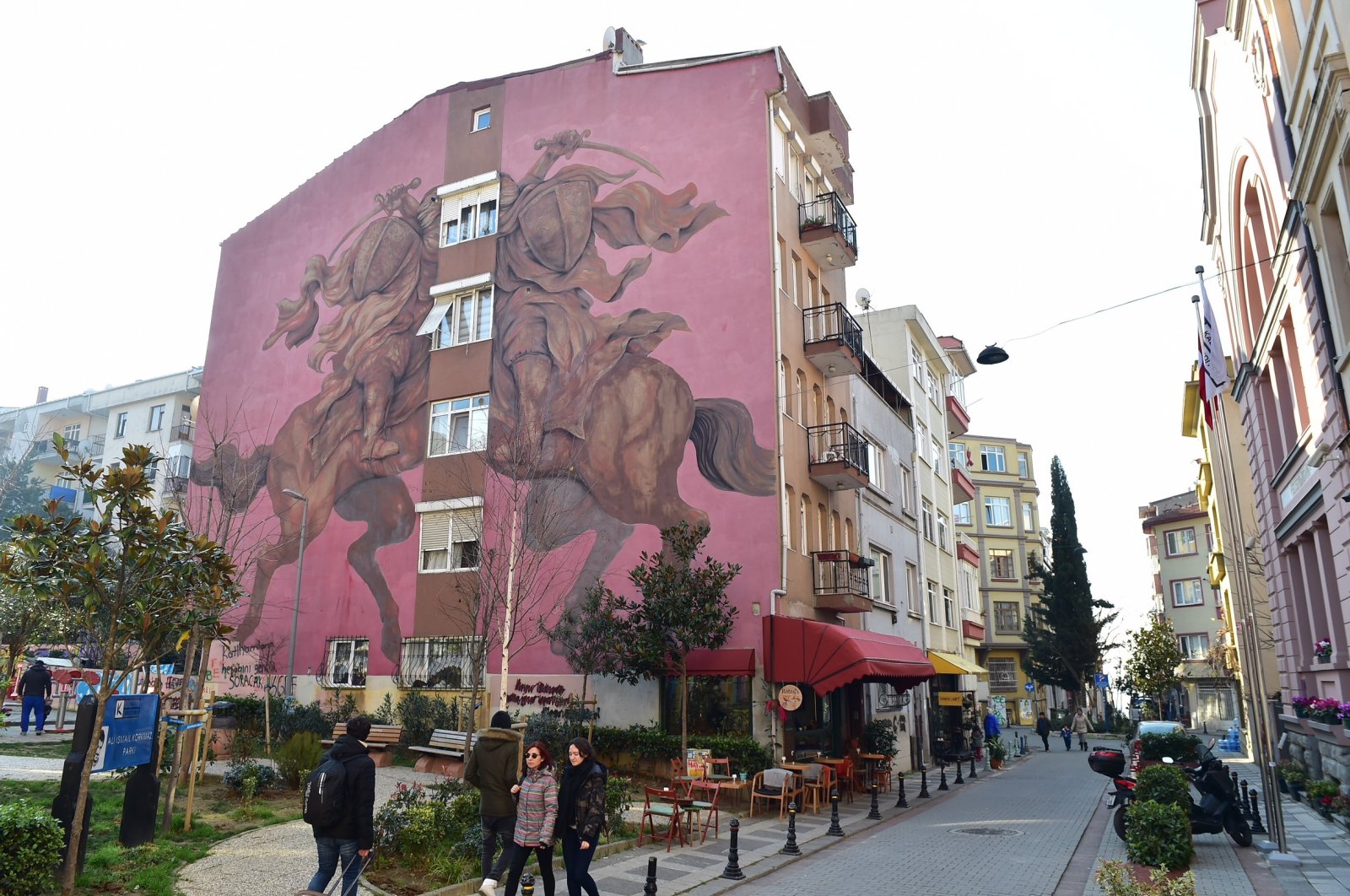 In the past decade, a lot has changed in the breezy Anatolian quarter of Yeldeğirmeni, just uphill from the piers of Kadıköy, where a burst of new cafes inspires conversationalists and thinkers to contemplate their city

Like an idyl of many: On the pluralism of Kuzguncuk

The social mood of Yeldeğirmeni is so casual the whole neighborhood feels like the messy apartment of an old friend. It is a quiet, residential quarter, where on any given weekday ritual coffee-drinkers gather by their respective watering holes, open a book and let their minds wander through the romantic fantasies of a classic Russian novel, or feel the tensions of a domestic drama in a short story from Ankara. Despite the hour or whatever business might be at hand, the locals of Yeldeğirmeni seem to be whiling away their time without a mind to the pressing issues of the world. It is all as refreshing as a morning cup of joe.

If Istanbul were someone’s house, Yeldeğirmeni, which means “windmill” in Turkish, would be that coziest part of the living room where guests go to curl up beside a cat and watch the steam of their herbal tea rise and disappear in the midmorning air. The arms of the mythical windmill that the quarter seems to have been named after turn with a pacifying sway, deliberate and somnolent. When not burying their noses in a dusty tome, the caffeinated folk of Yeldeğirmeni are usually engaged in benign, though stimulating conversation, often likely about an artist, musician or intellectual who has just moved in by the studios that line its streets.

Yeldeğirmeni is akin to its neighboring community of Moda, yet its homes and businesses are generally more affordable, down to Earth, among the folks. It has gained a certain notoriety for housing independents who spend their busiest hours crafting wares and creative works of varying kinds. There are boutique botanists, like that at Roots Cafe, and serious ceramicists about the countless workshop spaces where deft laborers of every age and cultural background make things out of the raw material they’ve gleaned from near and far, withdrawing from the capitalist market just enough to breathe a little freer.

Along its main drag, Karakolhane Avenue, there are alternative venues for expressing ideas that fly in the face of the norm, as a more foreign demographic floats past. It is not uncommon to hear French, English, Japanese in passing dialogues, discussing everything from David Ben-Gurion’s studies at Galatasaray High School, to Voltaire’s wisdom epic to Istanbul in his 1759 book, “Candide.” Beside a particularly legendary spot for such high-minded talk is a bustling cafe and warm kitchen called Kuff. Its patrons are a welcome hodgepodge of socialites and polymaths.

Kuff is just beside the Agios Georgios Rum Orthodox Church, which is a staple point of historical interest for travelers who might be up for a jaunt into the lofty spectacles of Istanbul when its diversity encompassed the spectra of its ancient Byzantine heritage. Behind its stone facade, the solemn affairs of the heavens are underway, glowing with the gold and fire of candlelit crosses and icons brushed with the vivid colorations of late antiquity. Just a few blocks away around the corner is a DIY cafe called Arthere, which demonstrates consistent, cultural solidarity with Istanbul’s Arab communities through the arts.

But the wonders of Yeldeğirmeni are found in its modesty. At the mouth of its broadest, most popular avenue of Karakolhane, there is a bakery called, Cağrı Fırın, which sells perfectly risen breadstuffs, like their salty, olive-laced “açma,” which is almost like a croissant. Ideal for a taste on the run, the multitudinous cafes that unfold along Yeldeğirmeni’s main drag are equally furnished with smorgasbords of baked goods aplenty. One kindly fellow from the eastern city of Gaziantep named Yunus Bey runs a shop that specializes in sweets, including the diverse arrays of baklava that have made his region famous.

And on down the road, toward the farthest reaches of the district where the sea begins to appear before leading down to the commuter ferries of Kadıköy, the municipality’s performing arts venue, Yeldeğirmeni Arts Center, hosts concerts, among a wide range of events and programs. Over the winter, they hosted a classical music series, featuring two flutists accompanied by harpist Aslıhan Güngör. Led by the Belgian flutist Berten D’Hollander, and beside him on silver flute, Leyla Bayramoğulları, they played a tranquil set with everything from arrangements of “türkü” folk songs to Bach and Telemann. Under the impressive dome of Yeldeğirmeni’s proudest concert hall, the music was effortlessly transporting.

An especially unique feature of Yeldeğirmeni, perhaps one of its best kept secrets, is a small pedestrian alley that runs beside the shuttered Hemdat Israel Synagogue. Although the long-neglected Star of David is visible over the high wall, it seems untouched since the place of worship opened well over a century ago. It is one of the mysteries of the neighborhood that it has also become grounds for impromptu artists to present their latest ideas in its vicinity. And not far, past the dissonant ambiance of adolescence and age, there is one of many playhouses, as Yeldeğirmeni is a hot spot for theatrical productions.

Like an idyl of many: On the pluralism of Kuzguncuk