Outstanding history and unique cuisine: What do to in Antakya 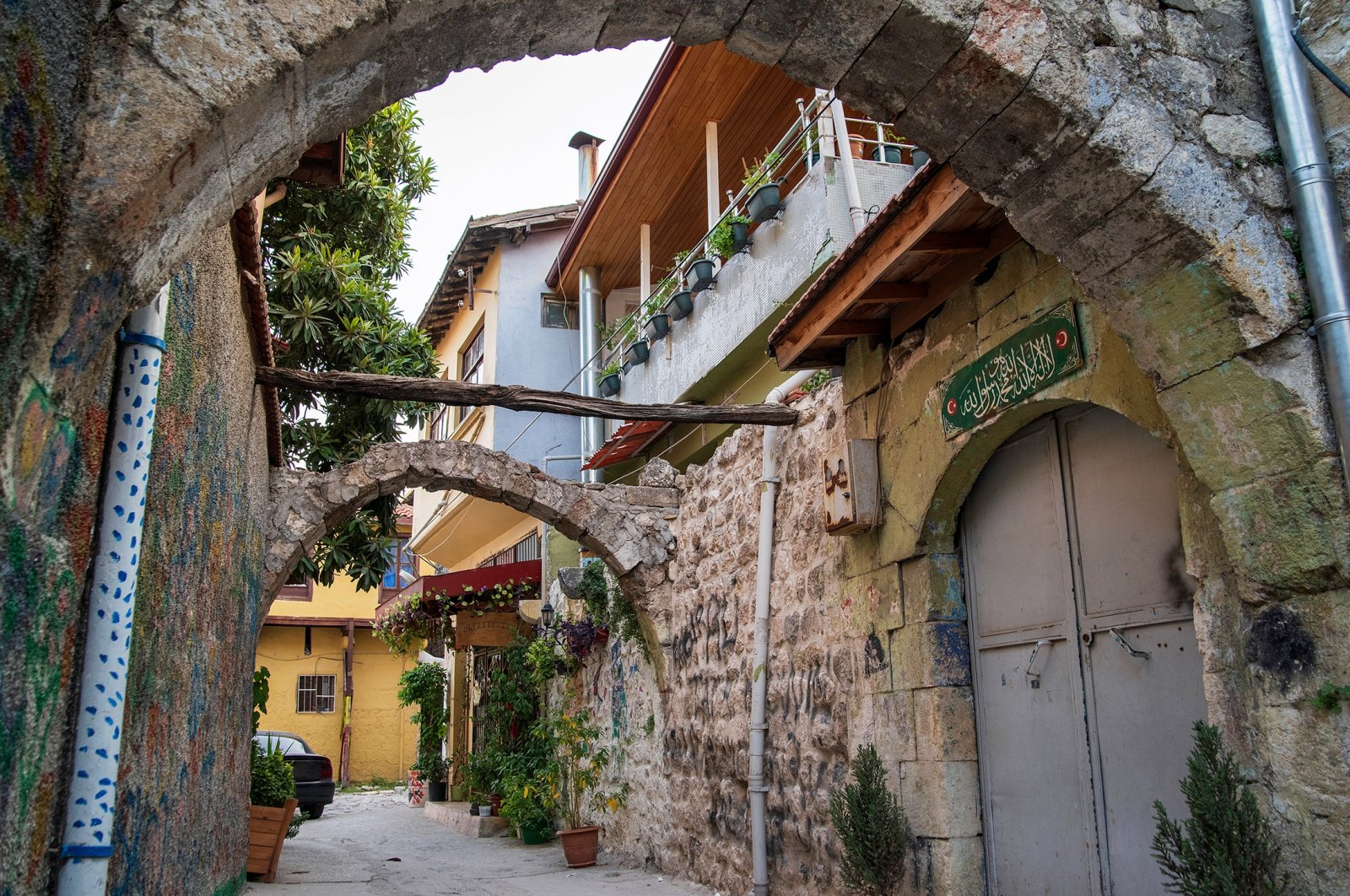 A street with traditional Antakya houses. (Shutterstock Photo)
by Asene Asanova Nov 05, 2021 8:43 am

The city of Antakya in Turkey's southern Hatay province is famous for several things, chief among them is the marvelous Roman mosaics in its archaeology museum

All of what we have mentioned above and even more can be found in Antakya – or ancient Antioch – located in Turkey’s southern Hatay province. Despite having so much to offer, the city, surprisingly, is not that popular among tourists, which, I think, is very unfair as it is definitely a place worth visiting.

Today's Antakya stands partly on the site of the ancient Antioch, which was founded in the fourth century B.C. by the Seleucid Empire. The ancient city of Antioch was established by Seleucus I Nicator, one of Alexander the Great's generals. It is known to be the first place where the followers of Jesus were referred to as Christians.

Although the port city Iskenderun has become the largest city in Hatay province, Antakya, a provincial capital, still holds considerable importance as the center of a large district. The town is a lively shopping and business center with many restaurants, cinemas and other amenities. The tea gardens, cafes and restaurants in the neighborhood of Harbiye are popular, particularly for the variety of meze at the restaurants. The Orontes (Asi) River can be malodorous when water is low in summer. Rather than the usual nightlife seen in cities, people here prefer to stay outdoors in summers until late in the night, talking and taking walks with their families and friends while munching on snacks.

The easiest way would be to take a flight to Hatay Airport near downtown Antakya. From the airport, you can take city buses or airport transport to the city, and the trip lasts about half an hour.

You can also fly to nearby airports in Adana or Gaziantep provinces, but it will take you a little longer to get to Antakya from those cities. The journey is rather comfortable if you use O-52 and O-53 highways that reach Iskenderun.

The first thing to see in Antakya would be the Church of St. Peter. The world's very first cathedral dates back to A.D. 38-39 and was dedicated to the first pope, St. Peter (Pierre).

The garden of the church has been used as a cemetery for hundreds of years. Graves and burials also take place inside the church, especially around the altar. The church is the burial place of Tancred, Prince of Galilee, and is also one of the three final resting places of the Holy Roman Emperor Frederick Barbarossa, who died in the Third Crusade.

The church serves as a museum today, but it is possible to perform worship services inside the church under the inspection of the Museum Management by obtaining a permit from the Office of the Provincial Governor.

The Hatay Archaeology Museum is known for its extensive collection of Roman and Byzantine Era mosaics. Construction of the museum started in 1934 on the recommendation of the French archaeologist and antiquities inspector Claude M. Prost. It was completed in 1938 and came under Turkish control in 1939 following Hatay's unification with Turkey. The museum was opened to the public in 1948 and reopened in 1975 following renovation and expansion.

The museum has a rich collection of mosaics dating back to the Hellenistic and Roman eras in the second and third centuries discovered in the ancient cities of Daphne, Seleucia Pieria (Samandağ), Antioch and Tarsus.

The most famous figures among those depicted by the mosaics are the drunken ancient Greek god Dionysos, musician and prophet in ancient Greek mythology Orpheus, dancers, Ariadne Abandoned from Defne (Yakto). The museum's collection also includes items that reflect the art and culture of the region, from the Paleolithic Age through the present day.

The historic Antakya Long Bazaar is famous for its local and traditional goods from spices and herbs, to jewelry, carpets and antiques.

The bazaar, one of the important symbols in Hatay province in the south, where people from different religions, sects and ethnic cultures live in peace, tolerance, brotherhood and harmony, draws attention with its narrow streets, colorful shops and people density.

As the bazaar is located on the historic Silk Road, it has been the center of trade since the old days. It is known as the place where the heart of trade beats in Antakya, the central district of the province.

The long bazaar, which features inns, baths and mosques, houses people of different professions. The exact date when it was built is not known.

It is possible to find indigenous products, including Laurus soap, olive oil, licorice sherbet and künefe, at the bazaar, which has been serving the people of the city for centuries.

One of the meeting places of local and foreign tourists, the long bazaar is the lifeline of the city's economy. Thousands of people visit the bazaar, which is nearly 3.5 kilometers (2.7 miles) long, every day.