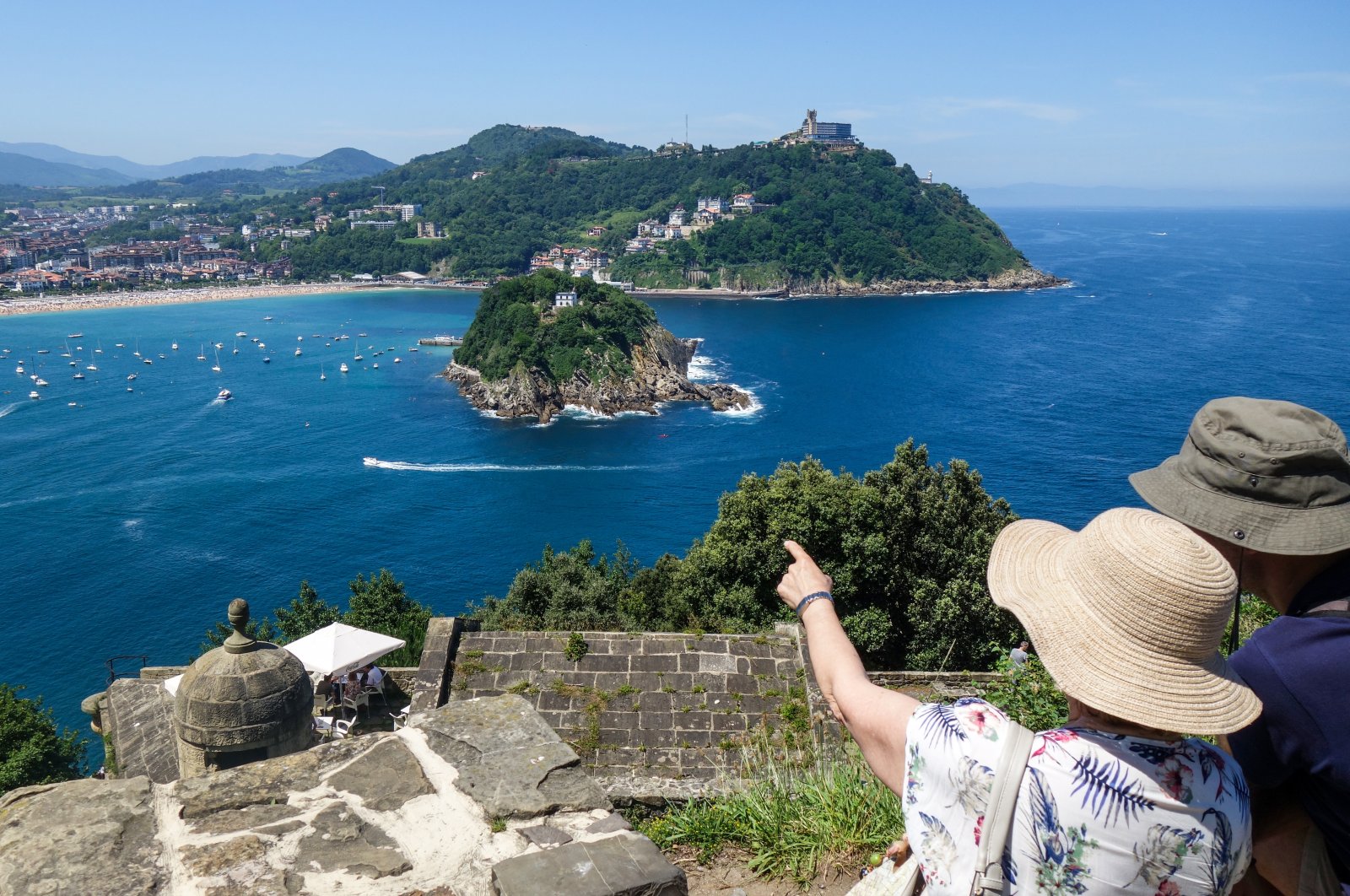 The views from the hills of Igueldo and Urgull in Spain's San Sebastian are as fantastic as the promenade along the Bay of Shells. (DPA Photo)
by German Press Agency - DPA Aug 17, 2021 3:06 pm
RECOMMENDED

The Basque Country does away with all the typical cliches about Spain, and it's no lie to say that a different wind blows here, both literally and figuratively. Locals can be a little rough around the edges until you get to know them, and on average, it rains in the region every three days year-round. But as long as you come prepared for these quirks, you'll find any visit to the Basque Country highly rewarding. These are five of the region's highlights:

When Spain's Queen Isabella II was advised a change of climate by her doctors for her herpes, San Sebastian was her chosen destination. Soon the nobility flocked here and the former fishing village quickly became Spain's most elegant coastal resort.

The views from the hills of Igueldo and Urgull are as fantastic as the promenade along the Bay of Shells. Surfers plunge into the waves on Zurriola beach and friends share small plates of the city's famous cuisine either in one of the 200 tavernas in the old city – or one of its many Michelin-starred restaurants.

El Raton, the "Mouse Rock," is the lighthouse-topped colossus towering above the wild coast that takes its name from its rodent-like shape.

The sea and the town's fishing industry have shaped Getaria since time immemorial. Indeed, its most famous son was Juan Sebastian Elcano, the first person to circumnavigate the Earth. Look out for the monument dedicated to him here.

Lying like a ship on dry land above the banks of the Nervion River, Bilbao's world-famous Guggenheim Museum of Modern and Contemporary Art opened in 1997. With the titanium-covered building, architect Frank Gehry pitched his vision of the future, and its one that still looks thoroughly modern today.

There's more to Bilbao than just this architectural icon, of course: The old town, the river promenade, the covered market, the Fine Arts Museum, the Begona Basilica and even the football stadium are also worth visiting.

Step into one of the most beautiful villages in Spain, and you'll feel transported to the Middle Ages. Deep in the Basque Country's hinterland, the past lurks behind Laguardia's massive walls, but once inside, history can be found in its ancient stone houses, narrow streets and the church of Santa Maria de los Reyes, which looks ordinary enough from the outside, but inside boasts the stunning multi-coloured stone doorway for which it is famous. The doorway is a truly breathtaking composition of colors, reliefs and larger-than-life sculptures, and has remained untouched since it was last repainted in the 17th century.

The Marques de Riscal winery in Elciego, with its titanium and stainless steel roof, looks like a fantasy building from a science fiction film. It is often called a mini-Guggenheim as it was also a creation of Frank Gehry. One story goes that the star architect agreed to the commission only after copiously sampling the winery's produce.

This is by no means the only spectacular building in the region, however. In Laguardia, for example, Santiago Calatrava lent a hand to the Ysios winery with a now-famous wave-like aluminum roof.