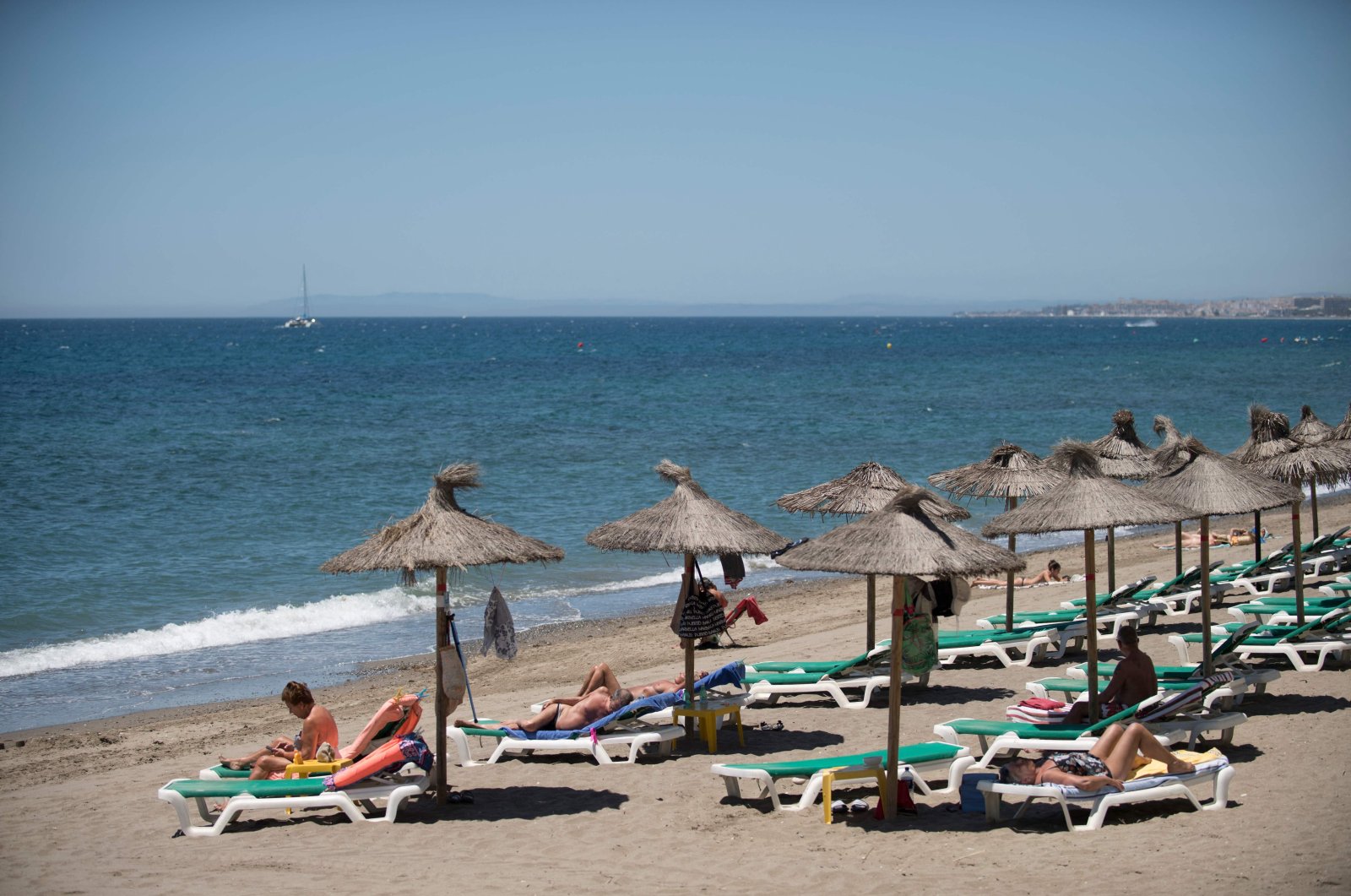 Holidaymakers got a double shot in the arm Monday as those with proof of vaccination from outside the European Union can begin traveling to Spain, where they can join visitors from the bloc who have proven themselves COVID-19 safe.

The move opened borders for the first vacationers from the United States and other countries outside of the European Union that had been banned since March last year, when pandemic lockdowns hit global travel.

Matthew Eisenberg, a 22-year-old student, stepped out of Madrid airport's arrivals lounge with excitement, ready to enjoy the Spanish capital along with two more American friends.

"We came to Spain the first day we could because we are very excited to travel here,” Eisenberg said, showing the certificate for the two Moderna jabs he received in February and March.

The official certificates need to show that visitors were vaccinated at least 14 days before the trip or that they overcame a COVID-19 infection in the past six months, according to a Spanish government order published Saturday.

The certificates can be in Spanish, English, French or German – or their equivalent translations in Spanish, the order said. The vaccines accepted are those approved by Europe’s drug regulator – Pfizer-BioNTech, Moderna, AstraZeneca and Johnson & Johnson – as well as two Chinese vaccines authorized by the World Health Organization, Sinopharm and Sinovac.

The same documents will be valid for visitors from the European Union until the bloc gets together its Digital Green Certificate that some have dubbed a "vaccine passport" for travel.

Non-vaccinated travelers from the EU's 27 countries can also enter Spain now with a negative result from a recent antigen test, which is cheaper and faster than PCR tests for coronavirus disease.

But Spain is still banning nonessential travelers from Brazil, India and South Africa where virus variants have been been a major source of concern.

The Spanish government has set a goal of receiving between 14.5 million to 15.5 million visitors between July and September. That's about 40% of the tourists in the same period of 2019 but twice as many as last summer, when only EU visitors could enter Spain.

Tourism is a major industry that in 2019 accounted for over 12% of Spain's gross domestic product (GDP). Desperate to lure a wide variety of holidaymakers, Spain has even started promoting its countryside as a travel destination.

In a setback, many of the British tourists who love Southern Europe's Blue Flag beaches and are the top spenders among foreign visitors in Spain, aren't expected in mass yet because they are required to quarantine by British authorities on their return to the U.K.

Manchester resident Randolph Sweeting said that despite the mandatory isolation, his holiday in Mallorca, one of the Mediterranean islands favored by many European tourists, was worth the mandatory self-isolation.

"I was here twice last year and when I went home I had to quarantine on my own for two weeks. So it's not a problem for me, I’ve done it before,” the 68-year-old said at the Palma de Mallorca airport.

Belen Sanmartin, director of the Melia Calvia Beach Hotel in Mallorca, said that the U.K. government's decision to keep Spain on its list of high-risk territories was hard to understand in the Balearic Islands, where the infection rate is lower than in Britain.

"It has been a big disappointment because we were ready to receive visitors from the British market, we had done our homework," Sanmartin said, adding that bookings in her hotel were slowly picking up mostly because of Spanish mainlanders, and German and French tourists.

In another move to boost tourism, Spanish ports opened to cruise ships on Monday, nearly 15 months after they were banned as the first coronavirus outbreaks were detected.

After peaking in late January at nearly 900 new cases per 100,000 residents in 14-days, the coronavirus contagion indicator in Spain has dropped to 117 per 100,000. Still, its descent has stalled in the past days as new infections are spreading among unvaccinated groups.