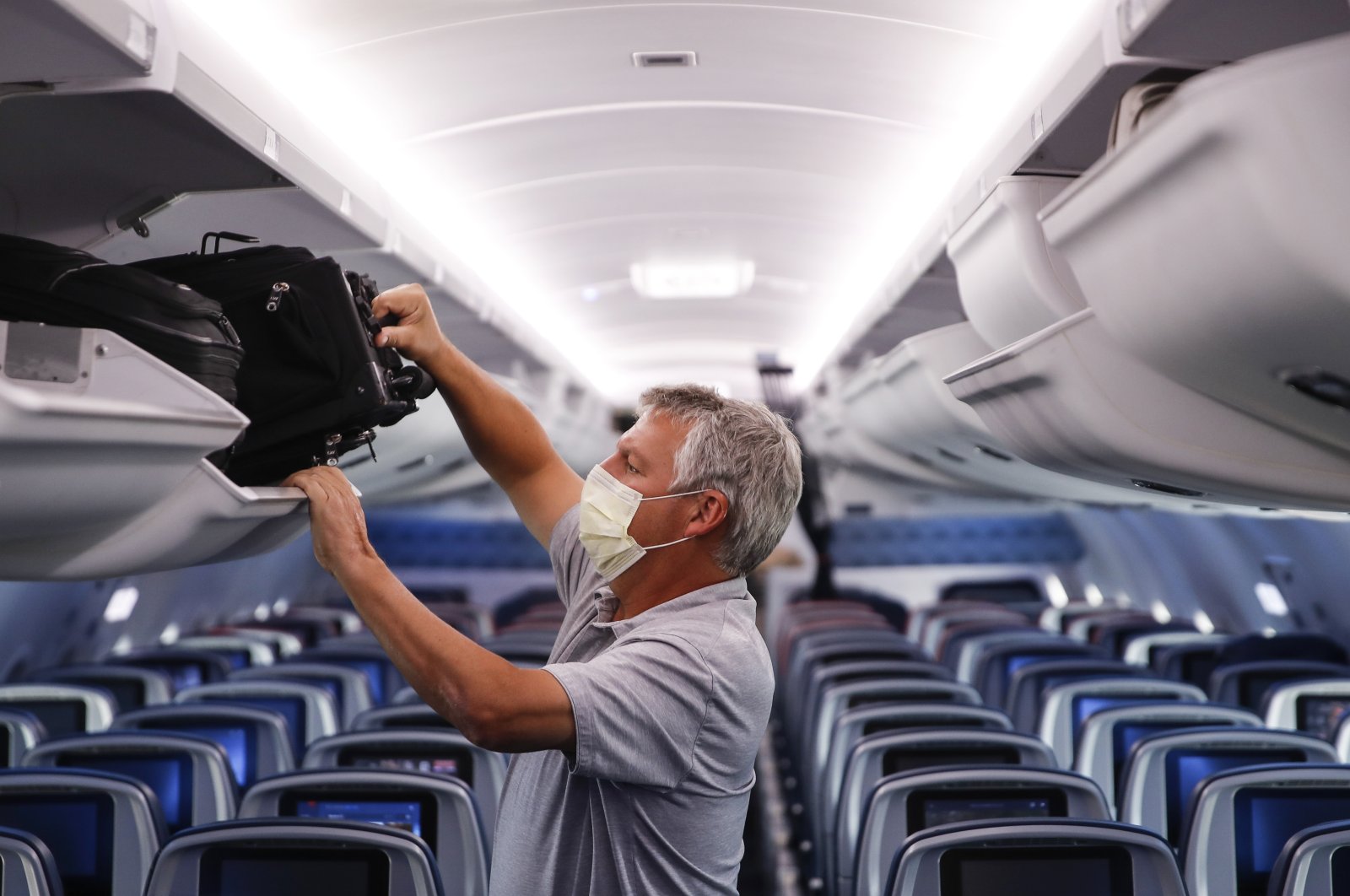 The risk of exposure to the coronavirus on flights is very low, a U.S. Department of Defense study released Thursday found, a positive sign for the airline industry as it tries to rebound from the pandemic's crushing effect on travel.

When a seated passenger is wearing a mask, an average of 0.003% of air particles within the breathing zone around a person's head are infectious, even when every seat is occupied, it found. The testing assumed only one infected person on the plane and did not simulate the effects of passenger movement around the cabin.

The study, conducted aboard United Airlines Boeing 777 and 767 aircraft, showed that masks helped minimize exposure to infection when someone coughed, even in neighboring seats.

About 99.99% of particles were filtered out of the cabin within six minutes due to fast air circulation, downward air ventilation and the filtration systems on the aircraft. It estimated that to receive an infectious dose, a passenger would need to fly 54 hours on a plane with an infectious person.

United, which also provided pilots for the test, took pains to present the results in its favor.

"These results ... mean your chances of COVID exposure on a United aircraft are nearly non-existent, even if your flight is full," said United Airlines Chief Customer Officer Toby Enqvist. The study was led and funded by Transportation Command, which operates Patriot Express flights that use commercial planes like United's for members of the military and their families.

The research over six months involved 300 tests during 38 hours of flight time and 45 hours of ground testing. It was done by releasing particles the same size as the coronavirus across the entire cabin by section, each of which had 42 sensors representing other passengers who could potentially come in contact with the particles.

Each test released 180 million particles – the number of particles that would be produced by thousands of coughs.

Last week, plane manufacturers Boeing, Airbus SE and Embraer SA released a joint publication showing that cabin air filters limit the spread of viruses on their aircraft. Their conclusions were based on computational fluid dynamics research that simulated how particles move around the cabin.

The International Air Transport Association (IATA) said it has identified only 44 flight-related COVID-19 cases since the beginning of 2020 versus some 1.2 billion passengers who have traveled during that time.

While "nothing is completely risk-free," the published cases of potential inflight COVID-19 transmission show that "the risk of contracting the virus on board appears to be in the same category as being struck by lightning," IATA Director General Alexandre de Juniac said.