The 'Rome of Portugal': The breathtaking sights of Braga 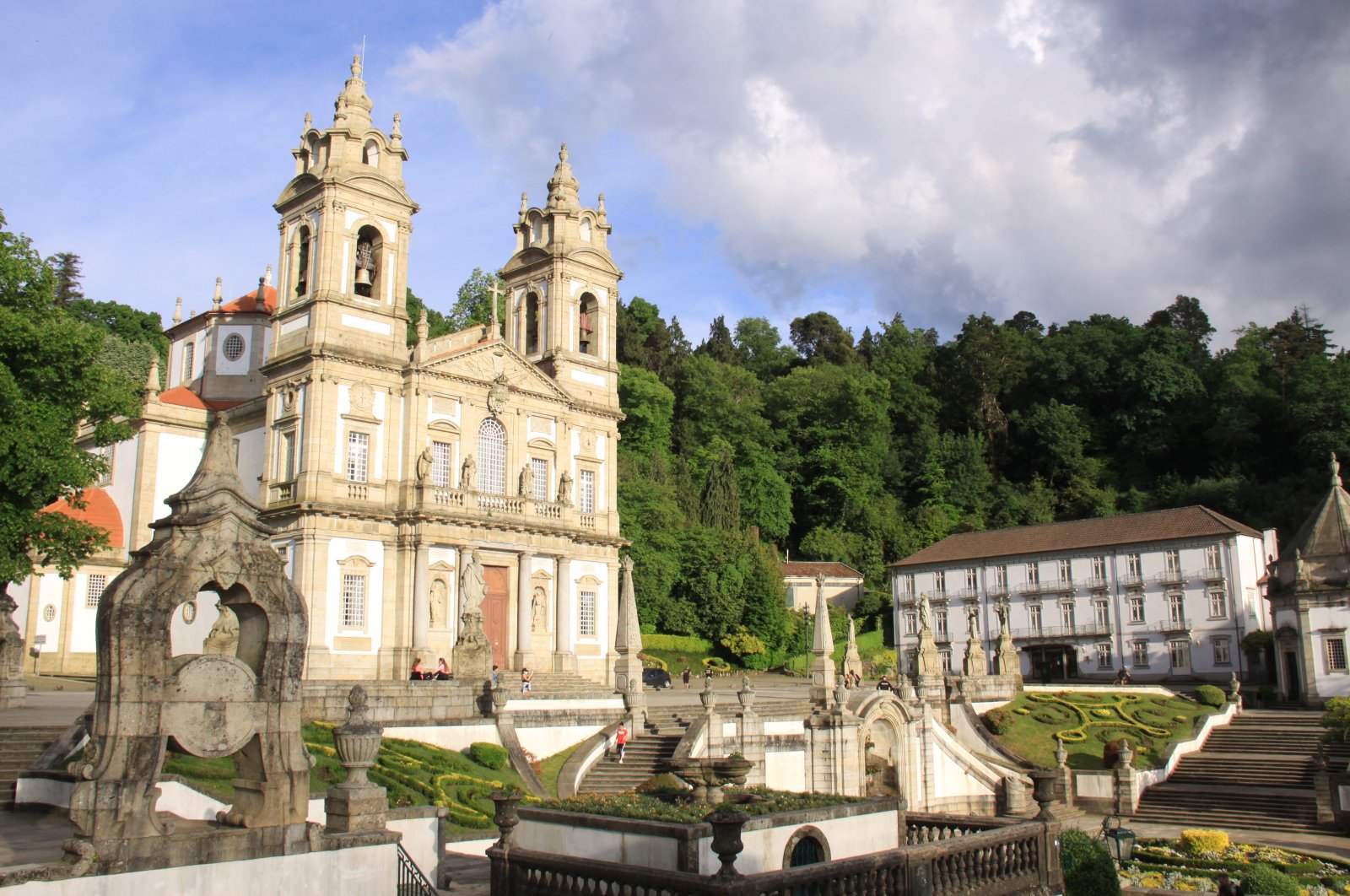 Off the beaten path: A guide to Fener and Balat

If you want to discover Braga's most famous sight, you'll need to climb up high: up 581 steps, to be precise. It's enough to make anyone work up a sweat. For a more relaxed journey to the top, visitors can take a seat on the oldest water-powered funicular in the world, which makes its way up the steep slope of Monte Espinho in three minutes.

Driver Bruno Coroas knows the most important facts: "It's been in operation since 1882 and is powered exclusively by water. We need around 80 liters of water per passenger." It's an interesting experience, and a journey back in time to the 19th century.

The tough climb up the stairs is also worth it. The baroque stairway zigzags a steep 116 meters up to the Sanctuary of Bom Jesus do Monte. The whitewashed granite staircase is considered the most beautiful in Portugal. Chapels, crucifixes and statues of biblical figures depict Jesus' Way of the Cross.

"The staircase symbolizes a Christian's ascent to heaven," explains Varico Pereira from the Catholic Brotherhood of Bom Jesus do Monte. At the top, the flower-adorned Moses Square with its pelican fountain and the church of pilgrimage await. "Before Fatima became world-famous, the Sanctuary of Bom Jesus was Portugal's most important place of pilgrimage," Pereira recalls.

UNESCO included the entire ensemble, including the staircase and the historic water balance funicular, on the UNESCO World Heritage List in 2019.

A drop of the Pope's blood

Further up, on the 564-meter-high Monte Espinho, another highlight awaits: the Sanctuary of Our Lady of Sameiro, the second-largest Marian shrine in Portugal after Fatima. Pope John Paul II elevated it to basilica status in 1964. A drop of blood from the Pope, who was canonized in 2014, is kept inside as a relic.

An imposing view of Braga opens up from the forecourt of the basilica. Bracara Augusta, as it was known under the Roman Empire, is located in a gently rolling landscape. Behind it, the Atlantic ocean glistens in the evening sun. Countless church towers shape the skyline of the city of around 130,000 inhabitants.

"There's a reason why Braga is called the Rome of Portugal. Lisbon is the political capital, while Braga is the spiritual center of Portugal," says Jose Paulo Abreu, chairperson of the brotherhood of the Virgin Sameiro. More than 40 Romanesque, baroque and neoclassical churches, monasteries and chapels characterize medieval Braga.

The resting place of bishops

The Se de Braga is the oldest cathedral in the country. Henry of Burgundy, father of the first Portuguese king Afonso Henriques, had it built in the 12th century. He is buried in the "King's Chapel." The cathedral – a mix of Romanesque, Gothic and Baroque – is the city's landmark. Next to the treasury with its iron cross is a spot where all the bishops, from the third century A.D. to the present, are buried. Braga is therefore called the city of bishops.

In the immediate vicinity of the archbishop's palace, you can find the Jardim de Santa Barbara, a public garden dating from the 17th century. Its beautiful flowers and landscaping are a draw for tourists and locals alike.

"At first glance, Braga looks like a beautiful but somewhat staid, conservative church town. But that's far from the case," says Daniel Pereira Cristo. The well-known musician and guitarist even considers his hometown to be decidedly young and vibrant.

Braga has one of the largest universities in Portugal, with almost 20,000 students living here. "In the evenings, the city's cafés and bars fill up with young people. Braga has a really exciting nightlife. In summer, there are open-air concerts everywhere," explains Cristo.

The church tradition means Braga has a lot of folk festivals, but the celebrations are wide-ranging and not necessarily religious. Regional music will also be an aspect of Braga's application to become the European Capital of Culture in 2027.

Going for a hike in the national park

In addition to night owls and culture vultures, nature and hiking lovers also get their money's worth in Braga. The Peneda-Geres National Park, for example, is located just outside the city.

After a day of hiking, hunger sets in. In the heart of the green Minho Valley between the mountains and the Atlantic, Braga's hearty regional cuisine with game and fish dishes will hit the spot.

If you're not a vegetarian, you should definitely try the typical Braga baked goat and the regional version of Portuguese cod. A visit to the modern, refurbished weekly market gives a good impression of the region's culinary diversity. The star of Braga's cuisine is the famous Abade de Priscos egg pudding.

Culture, history, nightlife, culinary delights, hiking, shopping – and all within walking distance. Braga has a surprising amount to offer. Many tourists think so, too. Around 600,000 users of the ranking website European Best Destinations voted Braga the most attractive destination in Europe in 2021, ahead of cities like Rome, Florence and Paris.

Off the beaten path: A guide to Fener and Balat