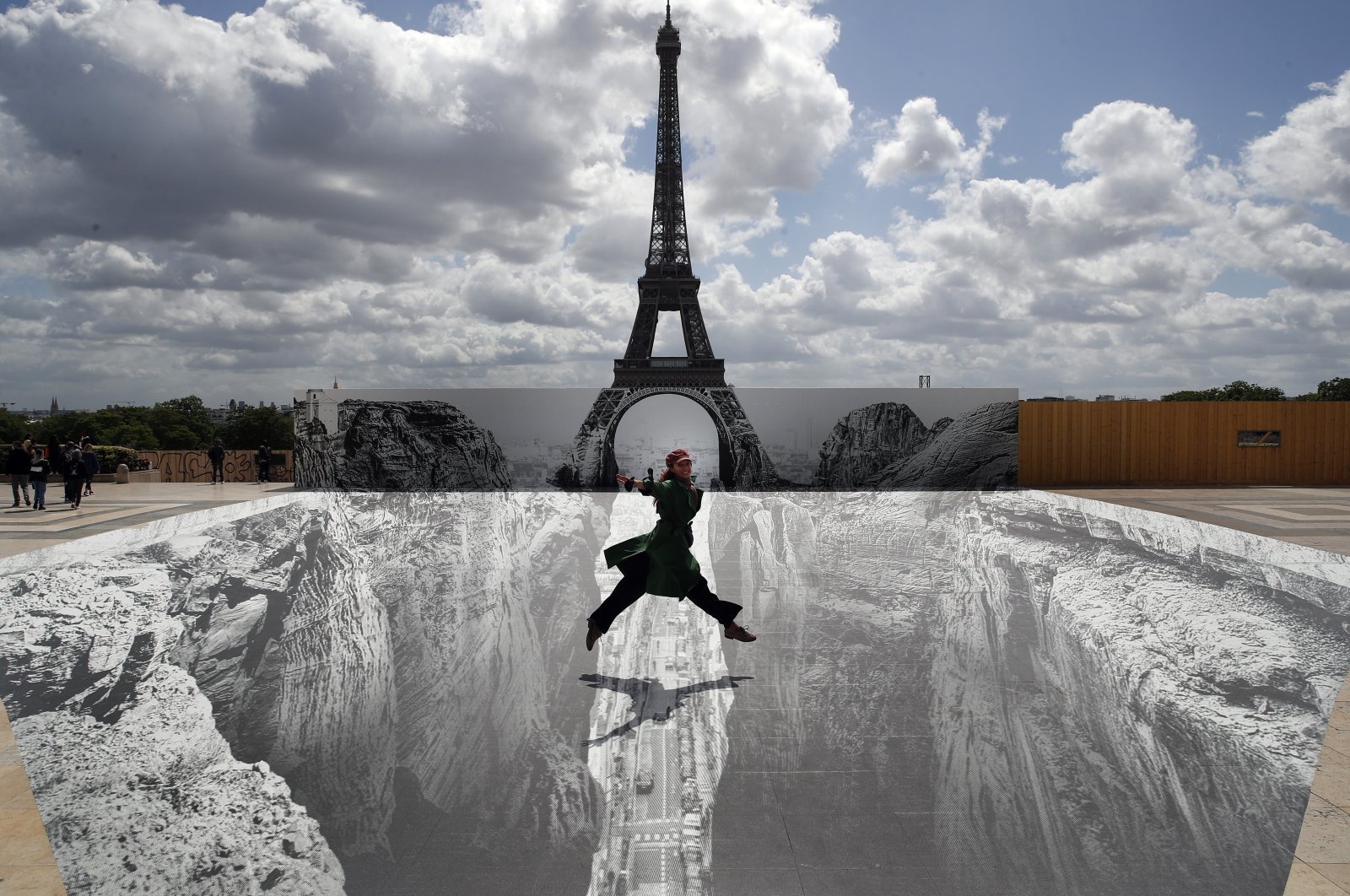 A woman jumps at Trocadero square in front of the Eiffel Tower where French artist and photographer JR set his artwork, in Paris, France, May 21, 2021. (AP Photo)
by German Press Agency - DPA May 22, 2021 12:07 pm
RECOMMENDED

A new unique optical illusion created by well-known French street artist JR next to Paris' most popular tourist attraction, the Eiffel Tower, is a new spot for photograph lovers.

The 38-year-old has installed a massive black-and-white photomontage on part of the Esplanade du Trocadero in Paris – exactly opposite the Eiffel Tower.

It's set to remain there until mid-June and has already created queues of people waiting to take selfies jumping over the would-be ravine.

JR (Jean Rene) last caused a stir in Paris with an illusionist photo installation in April 2019, making it look like the Louvre pyramid was rising up out of the ground.

The artist became internationally known with his large-scale portraits on building facades all over the world, such as in the slums of Nairobi and the favelas of Rio.

His work at the Eiffel Tower comes as the tourist attraction prepares to reopen in mid-July after months of closure amid the coronavirus crisis.

People who want to head back to the top of the city's most iconic landmark can start buying tickets on June 1, with the first visitors expected back on July 16. Special health procedures will remain in effect at that point due to the pandemic.

The tower had to shut to visitors late last year as the pandemic forced the closure of multiple spots where crowds might gather and spread the disease. A reopening had been expected in December, but health conditions have not allowed it so far.

It was the second coronavirus closure suffered at the tower, which was also shut down for parts of the spring of 2020, when the virus first started spreading through Europe.

In a normal year, the tower gets 7 million visitors. It has stood in the French capital since 1889.