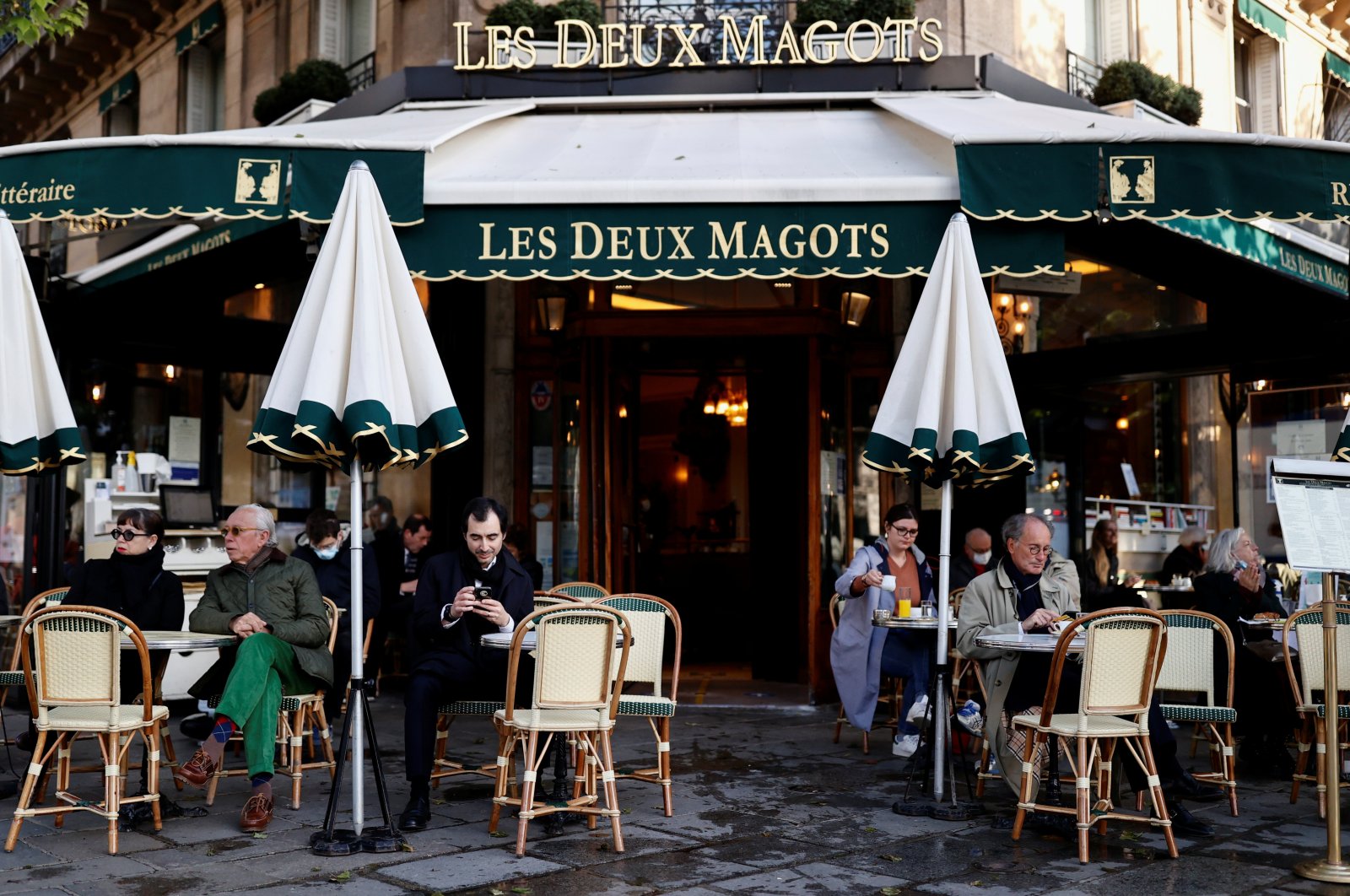 Customers sit on the terrace of the cafe and restaurant Les Deux Magots in Paris as cafes, bars and restaurants reopen after closing down for months amid the COVID-19 outbreak, Paris, France, May 19, 2021. (Reuters Photo)
by REUTERS May 19, 2021 12:29 pm
RECOMMENDED

Parisians on Wednesday were back at their favorite cafes, sipping their morning coffees accompanied with a croissant as cafes reopened after COVID-19-imposed closures.

This for many of them, like Elie Ayache, meant that the world felt a little more normal.

French cafes and restaurants resumed serving customers, following a six-month shutdown mandated by the government to try to contain the spread of the virus.

"I was impatient to get back to my life, and to the person that I was before," said Ayache, as he sat on the terrace outside Les Deux Magots, a cafe that was once a hangout for Ernest Hemingway and other literary celebrities.

French President Emmanuel Macron marked the reopening too, joining his prime minister, Jean Castex, for a coffee at a cafe near the Elysee Palace.

"Here we go! Terraces, museums, cinemas, theatres... Let's re-discover the things that make up the art of living," Macron wrote on his Twitter account.

The global pandemic has forced the closure of hospitality venues around the world, but in France, the nation that invented haute cuisine, the shutdown was felt especially keenly.

French people spend more time eating or drinking than citizens in any other developed nation, according to the Organisation for Economic Cooperation and Development (OECD), and eating out is viewed as part of the social fabric.

Ayache, who works in the financial markets sector, said that before the lockdown, he would come to Les Deux Magots every day, including at weekends. It was part of his morning routine, and allowed him to collect his thoughts.

"I feel at home because I know the place, I know the people," he said, his laptop open on the table in front of him.

His routine was not completely back to normal. His favorite spot is inside the cafe – still off bounds because of COVID-19 restrictions – and he said the terrace was a little chilly.

"But things are going to come back, bit by bit, and I'm very happy," he said.