Travels of a solo Pakistani girl: Farewell to the land of Turks 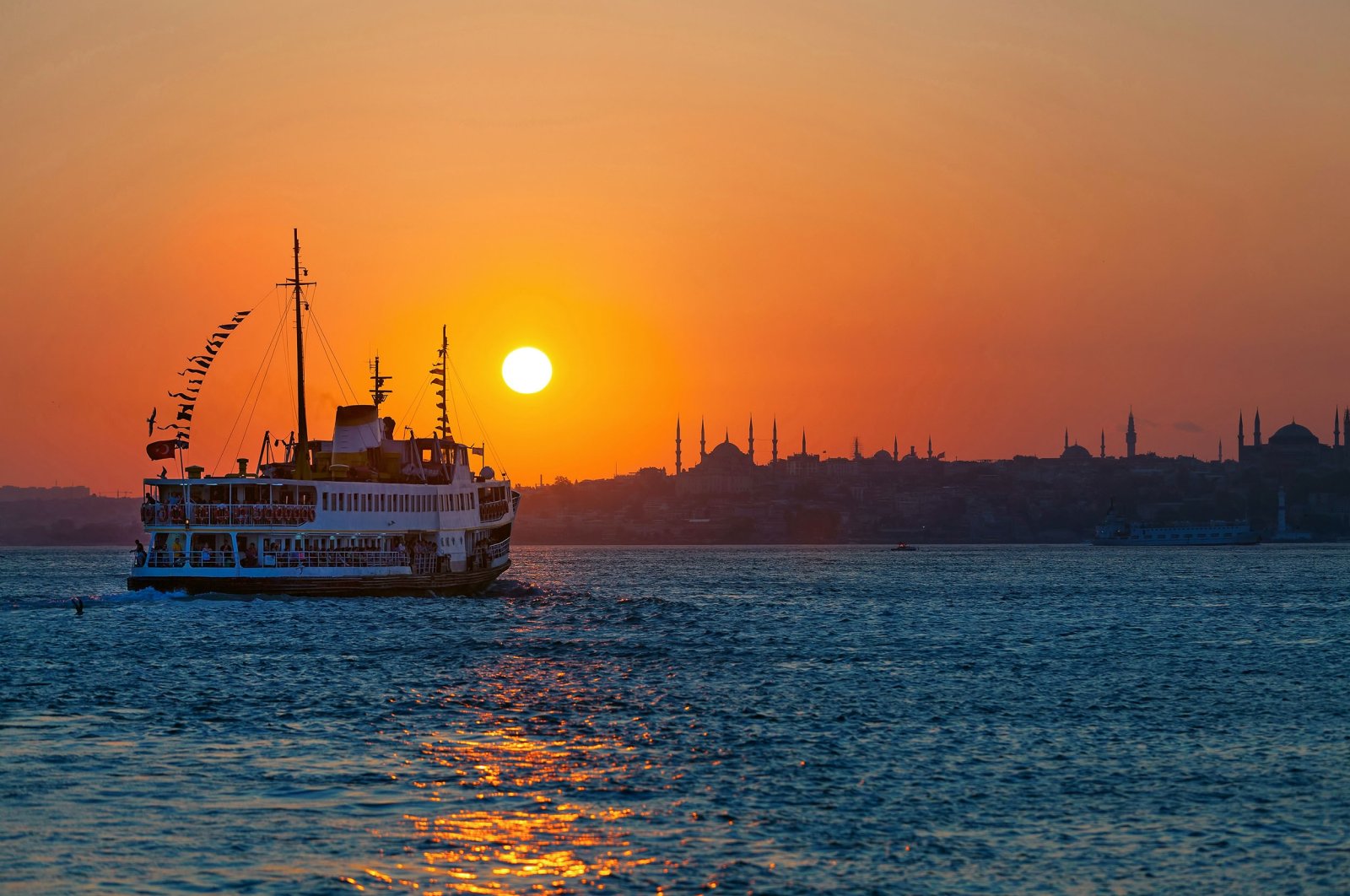 After a delightful trip to Eminönü, the next morning, I left my hotel fairly early in search of breakfast, which I found at a small traditional cafe. Although it was Monday, the streets weren’t too crowded yet. As I ate, I focused on the building I wanted to visit next, something I had been planning for months.

Two museums and a confectioner to royals

Beyoğlu is one of Istanbul’s loveliest neighborhoods, each street with a different character, but with the same effortless elegance. As I strolled along the pathways, I pretended I was an expat living in one of the pretty houses lining the streets. I wondered which area I would enjoy living in most, which neighborhood grocery shop would be my go-to for milk and eggs, which cafe I would drop by for my morning coffee and croissants, and which cats I would pass by every day with a treat or two to offer.

I was headed toward the Museum of Innocence, Nobel laureate Orhan Pamuk’s real-life tribute to his novel of the same name. It was the first book I had ever read that was authored by one of Turkey’s most popular writers, and what a masterpiece it was. The author’s description of Istanbul society from that time period blends seamlessly into the tragic narrative of one man’s obsession with a woman just out of his reach. When I read that Pamuk had actually created a physical manifestation of his main character’s tribute to a lover, I knew I had to see it.

After arriving in Turkey, I had learned that the museum was closed due to the pandemic. Still, hoping against hope, I went looking for it on the off-chance it might have reopened to the public. Alas, it was not meant to be. The red-brick corner building standing at the bottom of the street was closed indefinitely. Trying not to be too disappointed, I took a few pictures and decided to leave.

That’s when I turned around and came face to face with an antique shop. Though by no means the only one of its kind in Beyoğlu, it seemed a perfect coincidence to find one right where I stood: a museum to replace the one I could not visit. I spent the next half hour exploring the cavernous inside, to the soft strains of a tilawat (Quranic recitation) recording in the background.

Audio cassettes, bags, jewelry, clothes, shelf after shelf of books and maps, vinyl records, small boxes of knick-knacks, prayer beads in all colors and sizes, sunglasses, watercolor paintings, old winter coats, black and white photographs whose subjects were ancient mysteries, and what not. It was a cave full of treasure that deserved a prolonged perusal; what a way to spend a morning!

Later, I made my way back to Istiklal Avenue for a cappuccino and found a message waiting from a Turkish friend I had wanted to see. He suggested we meet at an elegant eatery which was just around the corner from Taksim square; over quinoa and avocado salads we caught each other up on the last few years.

Kerem Köfteoğlu is a prominent Istanbul-based journalist and the editor of several publications. He and I had met back in 2014 when we attended the Eurasia-China Expo in Urumqi. We were both speakers at the Eurasia News Media Forum and, with a large group of media persons from dozens of countries, we had traveled for a week across China’s incredible Xinjiang province on an official visit. The experience was a memorable one and we had stayed in touch since. It was a delight to finally meet him again after all these years.

After lunch, Kerem took me for dessert to a chic rooftop patisserie on Istiklal, where we had pistachio baklava with ice cream. While we sipped our tea, I asked his advice on where to get some good Turkish delight or lokum from the dozens of shops lining the street. He told me there was only one he would recommend in quality and flavor, Hacı Bekir.

In 1777, Hacı Bekir Effendi opened a small shop to sell his confections, mostly lokum and hard candies; over time, the fame of his products reached the sultan’s ears and led to his appointment as the chief confectioner to the palace in 1820. Since then, the establishment has continued to serve generations of loyal customers. We walked into their shop and found jars of glittering, colorful candy lining shelf after shelf. After we had sampled some, Kerem insisted on having a large box prepared with an assortment of sweets, as a gift from him to my family.

When we parted ways sometime later, I thanked him for giving so generously of his time and we promised to remain in touch. Later that evening, I also met another acquaintance, a professor at Istanbul University whom I had met in Islamabad at a conference I had organized some years ago. We spent a couple of hours over coffee and had a very fruitful discussion on academics in Istanbul universities.

Afterward, I grabbed some dinner and went back to my hotel. When I opened the window to let in the night air, I heard a rowdy rendition of “Ciao Bella,” that famous Italian anthem, being sung by late-night revelers at an eatery a few doors down. Delighted, I joined them, belting out the lyrics in Italian from my window sill; it made me feel so alive and I went to bed after, giggling with satisfaction.

Of old neighborhoods and final farewells

The next morning, I woke up early, very conscious that it was my last day in Turkey. I took the metro straight to Hagia Sophia for a final prayer. Walking up to the mosque in the misty morning light, I couldn’t help but be reminded of the first day I had been at this location almost a month ago. I remembered feeling a lot less sure of myself back then than I was now, but just as excited.

Inside the scantily filled hall, I prayed and lingered afterward, unwilling to leave just yet. In an hour or so it would be filled to capacity with tourists from dozens of countries. But I wanted to remember it like this, the same way I had seen it during my Fajr (dawn) and Isha (night) prayers, with no more than a handful of worshippers reveling in the privacy those hours afforded. It took an effort to finally exit the place.

The next stop was Balat, the Jewish quarter of Istanbul. A few tram stops and a cab later, I arrived at Velvet Cafe, an eatery I had found online for breakfast. Its inviting facade led to the most charmingly laid-out interior.

The aesthetics combined with soft jazz playing in the background and instantly lulled me into a velvety (no pun intended) sense of ease. I requested breakfast with all the traditional trappings and sat down at a table in the back. Behind me, there was a stained glass door that led into a lovely covered courtyard.

The food was good, but it was really the ambiance that made for an almost perfect meal.

The cafe is run by a young team whose members clearly have a good ear for music and a great eye for decor. Afterward, I went for a quick stroll down the well-Instagrammed streets of that area, leisurely walking through lanes of brightly colored houses interspersed with cozy-looking cafes and inviting bakeries. I regretted not having more time to spend here.

Eventually, I found my way to a nearby bus stop and then it was back to Taksim Square. At my hotel, I took my packed luggage downstairs to the store at the reception.

Originally, I had planned to go on a Bosporus cruise before my flight. But the weather was very warm, and I did not want the last few hours in the city to be rushed. So I decided to stroll down Istiklal and actually see the famed street I had only rushed through thus far. This was time well spent.

I discovered there were several recessed passages, or pasajlar, narrow entryways that led from the main street into enormous enclosed courtyards lined with restaurants or cafes, a quiet and shaded respite from the heat and crowds outside.

Hot from wandering up and down, I stopped briefly at an elegant patisserie for lemonade and ice cream, and then went a few doors down to a bookstore where I bought a notebook with paper made of olive wood.

Finally, after offering noon prayers at a mosque nearby, I collected my luggage and set off for the airport. As we sped through the roads of a city which was at once ancient and modern, I reflected on everything I had seen and done over the last month. From lofty mountains to dusty plains, from one shore to another, I had spent weeks in the bosom of a country that felt new and familiar at the same time. I said a heartfelt prayer of thanks, of gratitude for all I had been allowed to experience, for everything I had seen and everyone I had met.

My Turkish odyssey was coming to a close, and it had been worth every minute of it. I was excited about going back home and a little sad that I was leaving. And even as the plane left Turkish air space, I had already begun planning my second trip back.

Perhaps, when I return, I will have another journey to write about and take you on with me. Inshallah (if Allah wills).