Travels of a solo Pakistani girl: Return to Istanbul 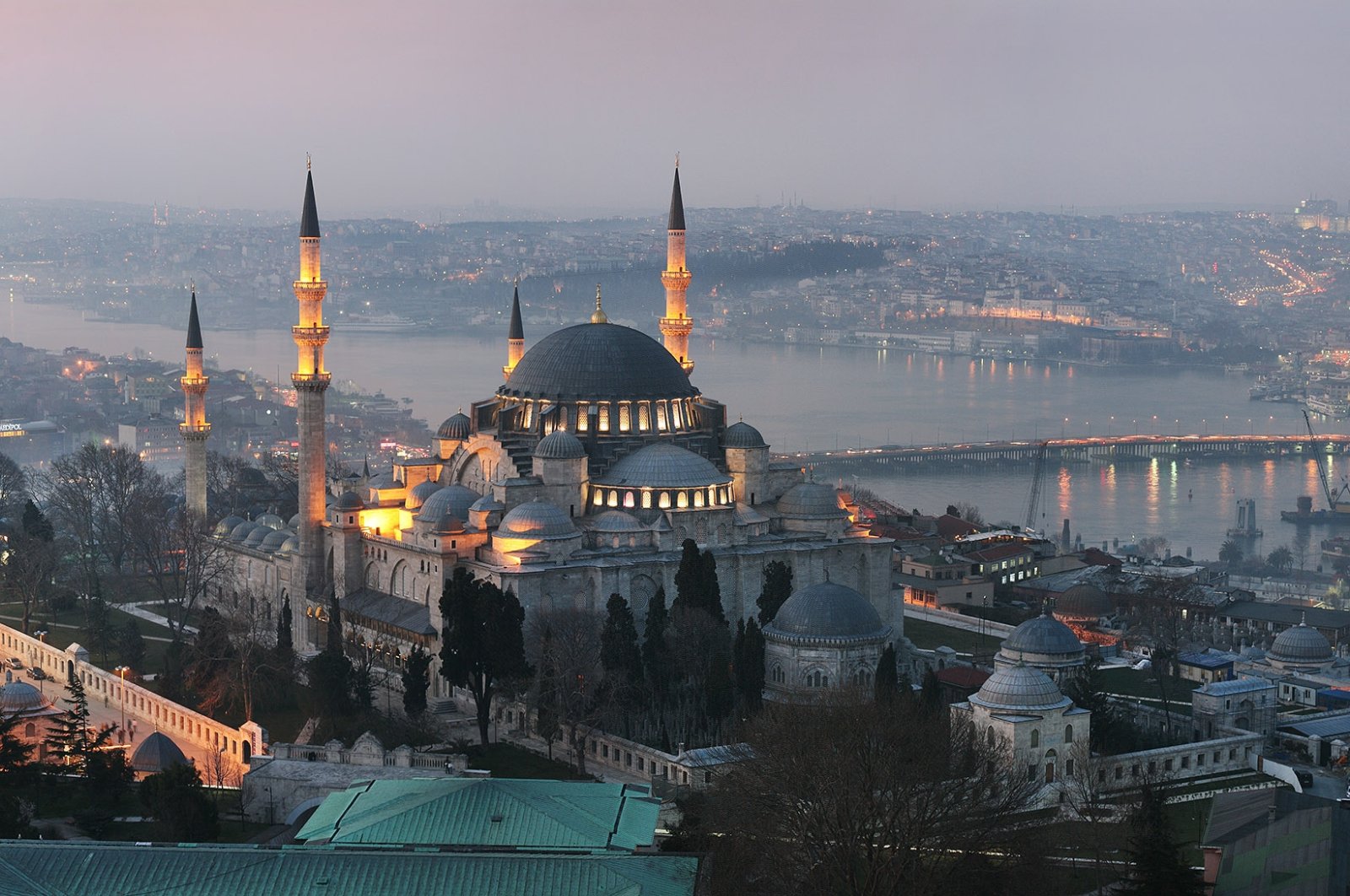 From the time-worn streets of the Grand Bazaar to the opulent grace of Dolmabahçe Palace, I return a month later to the city where I began: Istanbul

When the ferry from Bozcaada touched down at Geyikli, I hurriedly made my way to a shuttle bus and was in Çanakkale just over an hour later. I had to wait a while before the next bus to Istanbul, but when it arrived I was delighted to find I would have two seats to myself. We drove down to the port and the bus made its way onto a ferry; this was where we would cross the Dardanelles. The passage is worth witnessing; find a spot next to the ferry railings and watch the sea and the greenery beyond slide slowly past you.

When the ferry reaches land a short while later, it is about a 7-hour trip by road to the city on the Bosporus, but the journey is easily a pleasant one. You have the greenest mountains on one side, running parallel to the Marmara Sea on the other, a combination of views that is hard to beat. Fortunately, the media system onboard our bus also provided an excellent collection of music, so I plugged in my earphones and mentally swayed to jazz music all the way to our final destination. They even had a collection of the greatest hits from Buena Vista Club, my absolute favorite Cuban artists!

We reached the bus station in Istanbul just as it was getting dark. Tired and unable to find a bus that could take me into the city center, I had to get a cab. While an expensive choice, it ended up being the right decision. I was staying in Taksim, less than a minute’s walk from the famous İstiklal Street. But even with Google Maps, it took the driver forever to find the hotel, and by then we were closing in on curfew. I hurriedly checked in and then practically ran outside to find some dinner before everything closed. Luckily, I found a scrumptious chicken curry dinner at a cafe on the main street. Back in my room, I feasted, showered and then promptly fell asleep to the sounds of after-hours merriment from the streets below.

Of Grand Bazaars and a long overdue rendezvous

The next morning, I took my time getting up, luxuriating in the cool confines of my room. Armed with a cup of coffee, I turned on the news, took out one of the treasured ginger-cinnamon cookies I had purchased in Bozcaada, and settled in for breakfast. It was not until a leisurely couple of hours later that I finally headed out. A Pakistani friend had requested a particular item from Istanbul’s Grand Bazaar, a watch she had seen there a few months ago but hadn't been able to purchase before leaving. I hadn’t planned to go there myself, but I figured this could be an excuse to check off a place on every tourist’s list.

This time around, I wanted to figure out Istanbul’s local transport system, and the first step was to get an IstanbulKart; this is a transit pass you can recharge as needed and use on all forms of local public transport, even the ferry. But you first need to activate your HES code. For this, I made my way to Taksim square, where I provided my information at a municipality kiosk. Once cleared, I was able to get the pass from a nearby machine, with the generous help of a kind stranger who helped me navigate the Turkish language prompts; then, it was off on the metro and to the famed ancient marketplace.

At the Grand Bazaar, it took some time, a great deal of asking for directions, and coordinating with my friend in Islamabad on the phone, to find what I needed. She told me to look for a man standing outside a popular restaurant – belonging to a certain celebrity chef "Salt Bae" renowned for his salt sprinkling skills – and ask him where I could find the watch in question. He immediately took me to his shop, hidden in a warren of streets in the back. I had to wait there some time while they looked for the exact piece, only to find out it had already been sold several weeks ago. Nonetheless, the experience was interesting.

Then, it was time to meet a friend. The person who had helped me during my Ankara visit was a school friend of my older brother. His family had relocated from Afghanistan to Islamabad due to his oldest brother’s work for the United Nations. Over time, the bond forged in their teenage years turned into a family friendship. Now, his family was based in Turkey, and it was his youngest sister that I was going to see. She and I had spoken over the phone a few days earlier, but we hadn’t seen each other in well over a decade. When we met and began talking, however, it was as comfortable and easy as if we had been in touch for years.

At a Chinese restaurant near Sultanahmet Square, we had the best conversation over Kung Pao chicken and spicy eggplant. Education, work, travel, family updates, we caught each other up about everything. After lunch, we strolled down to Little Hagia Sophia for Asr (afternoon) prayers and then went to a charming tea place nearby. The conversation turned to other subjects, and we found that our outlook and opinions, in general, were very similar. It was like discovering a kindred spirit.

Some time later, her brothers picked us up and we went to their home in a stylish, recently developed Istanbul neighborhood. There, I received the warmest welcome. After having been away from my own home for nearly a month, I realized how much I had needed a family presence. We reminisced about old times and had a sumptuous dinner. It wasn’t until late at night that I decided to leave, though they very kindly insisted I stay over. Before I left, her mother gifted me a lovely traditional shirt to wear, hand-sewn by Afghan craftswomen. I thanked them again for their generous hospitality and then left in the cab they had ordered.

Back at the hotel, as I drifted off to sleep, I said a quick prayer of thanks for the day, overjoyed to have reconnected with beloved friends.

The palace on the Bosporus

The next morning, I set out early and walked down from Taksim to Dolmabahçe Palace. The sun was hot even at that hour, and I was glad to finally arrive at the palace gates. I purchased a ticket, took the audio guide offered and strolled down the palace gardens toward the main entrance.

Commissioned by the Ottoman Sultan Abdülmecid I and built in the mid-1800s, Dolmabahçe was meant to serve as a new modern residence for the Turkish royal family. It stands on the European shore of the Bosporus, and was home to six sultans until the abolition of the caliphate in 1924, after which it became part of Turkey’s national heritage. The founder of the Republic, Mustafa Kemal Atatürk, used it as his summer home and resided there during the last days of his life.

The palace interior is heavily influenced by Western aesthetics, but at the same time, it retains many functional elements of the traditional Ottoman architecture – particularly in the private quarters of the Sultan and his family. Walking through its gilded halls, I was reminded several times of the Hofburg Palace in Vienna, especially when we peered into rooms of the individual family members. These chambers were never meant to be seen by the public and were the most fascinating due to their personalized details. The women’s chambers, I found, were significantly less grand than the Sultan’s quarters but not dull by any measure.

For me, there were three most memorable parts of the tour. One was the Medhal Hall, an exercise in such utter opulence that it was hard not to stand there in awe, mouth agape, taking in the enormous proportions of the room and its decor. Everything seemed an exercise in beautiful excess, from the towering candelabras in the four corners, the massive chandelier plunging down from the ceiling to the room's sheer size. Its doors open out onto the Bosporus sea, and I tried imagining how state guests must have felt when received here.

The other was the room Atatürk had lived in before he passed. The room is neither large nor extravagant. But two things stand out: the bedroom clock which perpetually reads 9:05 a.m., the time of his death, and the Turkish flag draping his bed, a piercing silver crescent and moon against the deepest, most dazzling red. The sense of reverence emanating from visitors to the room is palpable.

The third part, and the place where I spent the most time, was the National Palaces Painting Museum. Housed in the Crown Prince Residence, it has a large collection showcasing works by Turkish and Western masters alike. The most magnificent piece in the collection was Felix-Auguste Clement’s work titled "Prince Halim's Gazelle Hunt at Gatah Desert: Hound's Share." A massive 35 square meter in size, the 154-year-old Orientalist painting is the largest of its kind in Turkey. When I walked into the hall where it is displayed, I tuned out my surroundings without even trying, pulled into the painting’s orbit. Somehow, I found a bench to sit on; not once did I take my eyes off the beauty in front of me, convinced it would be an affront to do so. I was continuously drawn to a fez-wearing individual in the painting, third from the right, all but obscured by the figures in front of him. You can only see his face in profile, and for some reason, I felt compelled to figure out what he might have been thinking as he stood there frozen in time. Twenty-odd minutes had elapsed before I finally managed to wrench myself away, a little heartbroken at having to leave behind a masterpiece.

The palace is most definitely worth the visit, and it will take up most of your day if you do it justice. I recommend stopping at the garden cafe, which you’ll come across as you exit Medhal Hall and make your way to the Painting Museum. It’s good for a quick rest, and a small pond just outside it has a charming pair of swans which make for a lovely picture.

From the palace, I took the tram to Sultanahmet and offered Asr (afternoon) prayers at the Hagia Sofia. Dinner was a quick risotto at a cafe near the Eminönü tram stop. And if you make your way back via the Çemberlitaş bazaar, you can partake of some delicious ice cream on the way; I had a generous serving of the cherry and dark chocolate flavors.

After offering Maghrib (evening) prayers, I headed back to my hotel, wondering what the next couple of days would bring.