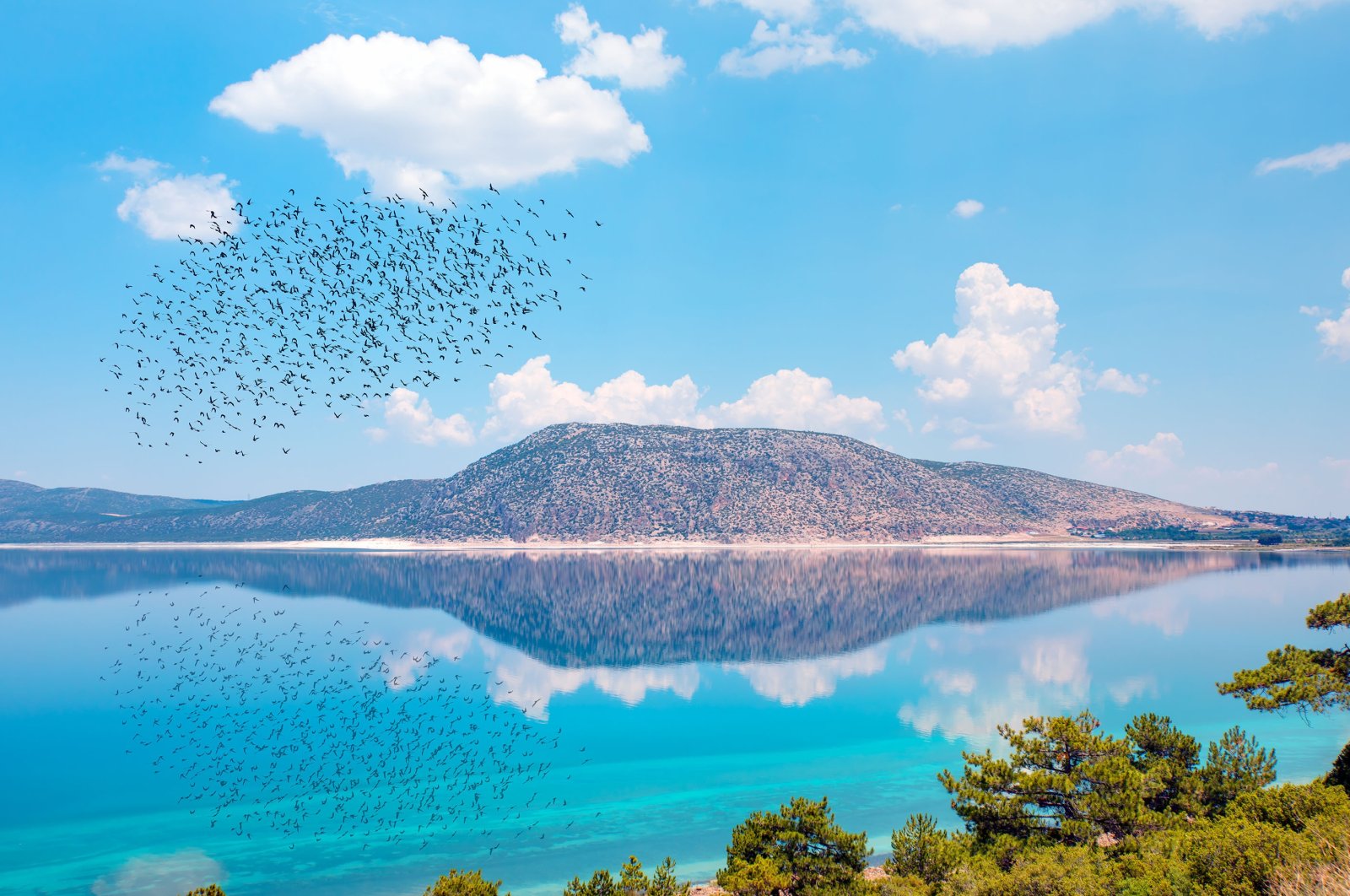 Lake Salda, located in southwestern Burdur province and dubbed the Maldives of Turkey due to its crystal-clear, turquoise waters, welcomed over 800,000 visitors to its white beaches over the course of 2020 despite the harsh effects of the global pandemic.

In a statement, the governor's office of Burdur said that despite the lake being closed to visitors for about 2 1/2 months due to preventative measures for the coronavirus outbreak, over 800,000 people visited the site during the year. The lake was reopened to visitors on June 1.

Due to the high number of visitors the lake received in the summer months, the Ministry of Environment and Urbanization closed the entrance to the lake and beaches in the White Islands region again on Oct. 15, this time as part of conservation efforts.

During the summer, the lake also captured the interest of the U.S. National Aeronautics and Space Administration (NASA) due to its similarities with the Jezero Crater on Mars, amid NASA's research on possible life on the red planet.

"You may not be able to travel to Jezero Crater on Mars, but you can visit the next best thing: Lake Salda, Turkey," said NASA's Earth Observatory.

Lake Salda has been a popular destination for tourists in recent years with its white beaches and clear waters. In 2019, nearly 1.5 million people visited the site.