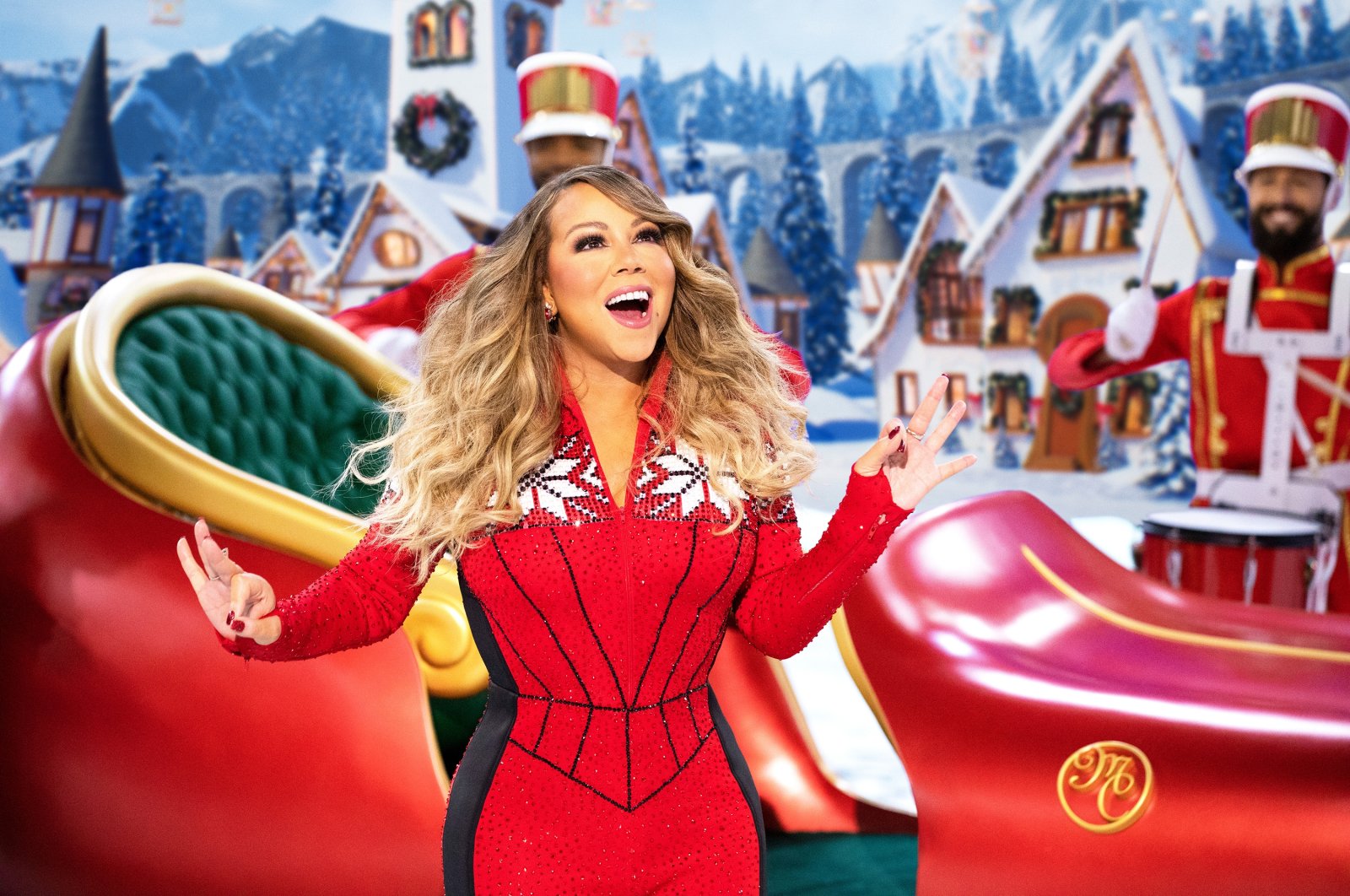 And then, wham! Suddenly it's the festive season. According to Spotify, Christmas has come early this year, and millions around the world have already begun streaming seasonal carols.

Mariah Carey made her annual return to the charts early this year, with "All I Want for Christmas Is You" already hitting the top 10 in November.

The Christmas classic was getting between 3 million and 5 million streams around the world every day in the last week of November, roughly twice the figures for the same time in 2019.

Among the most-streamed songs globally were more contemporary Christmas hits like "Santa Tell Me" by Ariana Grande and "It's Beginning to Look a Lot like Christmas" by Michael Buble, joined by classics like "Last Christmas" by Wham!

The earlier tolerance for Christmas music at home comes as traditional public festivities are scaled back in cities around the world during the pandemic, from canceled winter markets across Europe to a shortened ice-skating season in New York.

Mariah Carey is also making an early annual outing to perform the world's favorite Christmas hit on the Apple TV+ streaming service this year, which made its debut on Dec. 4.

Executive produced by the Queen of Christmas herself, the holiday extravaganza featured a merry mix of musical performances, dance numbers and animated displays.

"Mariah Carey's Magical Christmas Special" is one of multiple holiday shows the "All I Want for Christmas Is You" hitmaker has staged over the years. Past winter TV celebrations starring Carey include YouTube Red's "The Keys of Christmas," Funny or Die's "Mariah Carey's Holiday Sketchtacular," the Hallmark Channel's "Mariah Carey's Merriest Christmas" and more.

As usual, Carey wasted no time ringing in the Christmas season this year by uploading a post-Halloween video of herself wearing a red flannel onesie and cheering to the tune of "All I Want for Christmas Is You" in her own personal winter wonderland, complete with fake snow and frosted evergreens.

"It's time!" a title card reads. "But let's get through Thanksgiving first."

And after the election, the songstress shared a viral clip of a euphoric crowd dancing to her No. 1 holiday hit at a gas station in Los Angeles after former Vice President Joe Biden and California Sen. Kamala Harris defeated President Donald Trump and Vice President Mike Pence earlier this month.