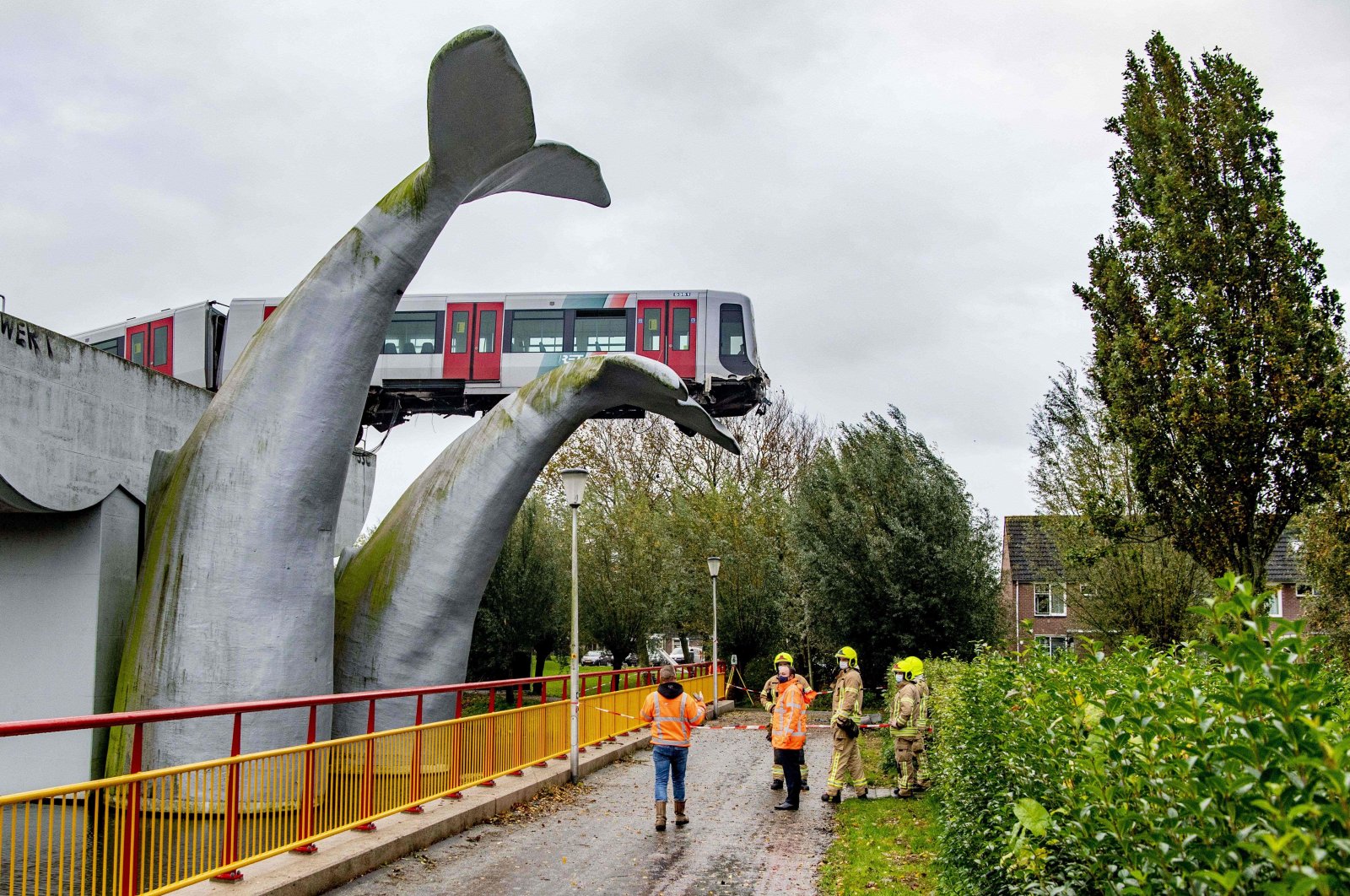 This really was a fluke.

The driver of a metro train escaped injury when the front carriage rammed through the end of an elevated section of rails and was caught by a sculpture of a whale's tail near the Dutch port city of Rotterdam.

The train was left perched upon one of two tail fins known as “flukes” several meters (yards) above the ground.

It created such a stir locally that authorities urged sightseers to stay away, adding that coronavirus restrictions were in force.

Even so, some 50 people were at the scene late Monday morning as engineers tried to work out how to stabilize and then remove the train amid strengthening winds.

“A team of experts is investigating how we can make it safe and get it down,” Carly Gorter, a spokeswoman for the local security authority, said in a telephone interview.

The company that operates the metro line said the driver was uninjured and there were no passengers on the train when it crashed through stop barriers at the end of the station in the town of Spijkenisse, on the southern edge of Rotterdam, early Monday morning.

The station is the final stop on the metro line.