With Siberian cold on its way, here's how to drive safely in winter 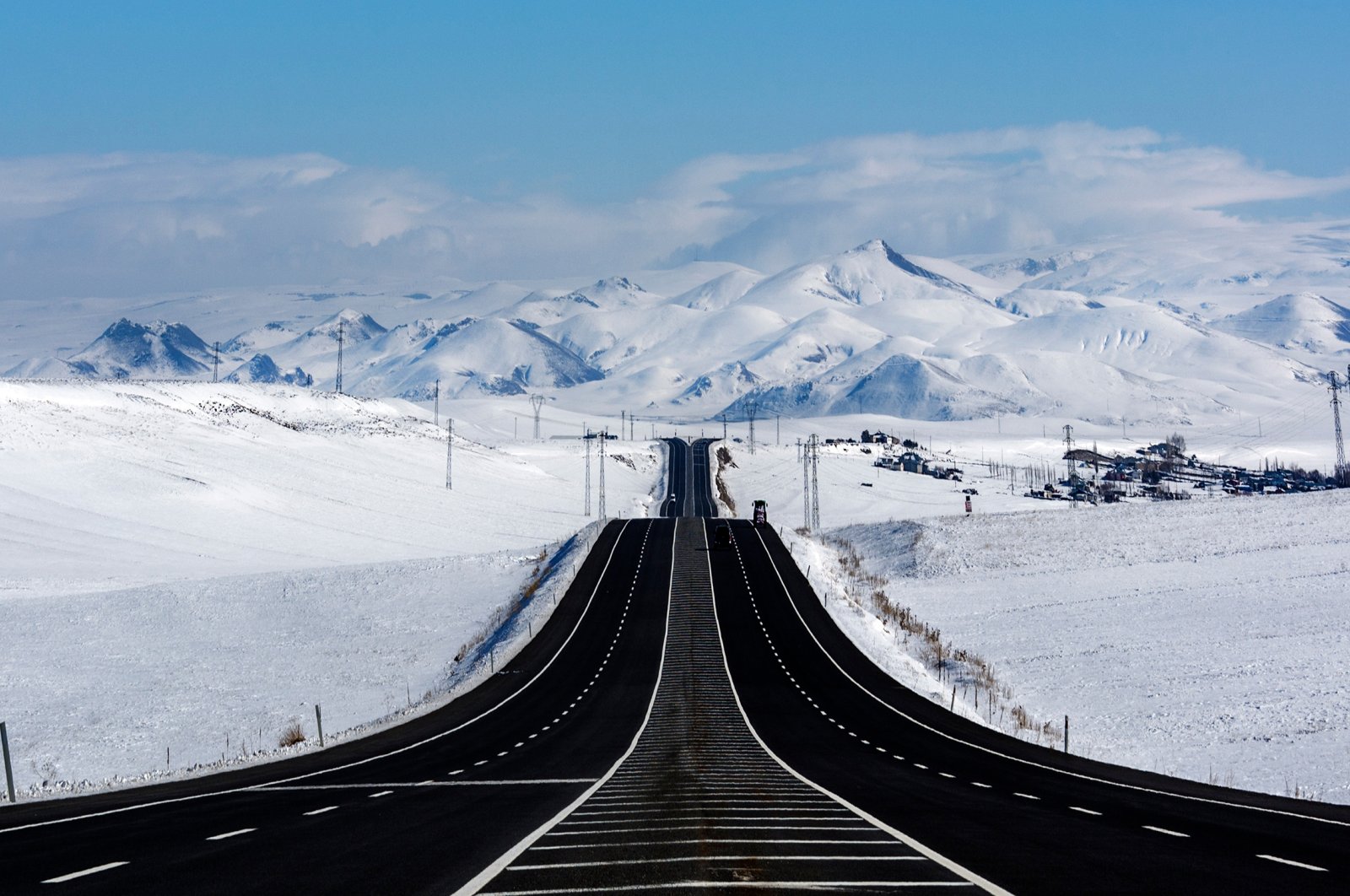 When you hit the ice, stay calm and avoid frantic steering or pumping the pedals. (Shutterstock Photo)
by Daily Sabah with DPA Jan 12, 2021 12:45 pm
Edited By Yasemin Nicola Sakay

Severe winter weather is the exception rather than the rule in most countries. But when it hits, you have to be properly prepared to navigate roads covered in snow and ice

Unless you are one of the people who lives in a part of the world that gets blanketed in snow for weeks and months during the winter, there's a danger of complacency for drivers. Considering that Istanbul, and many other Turkish provinces, haven't had proper snowfall in years, many people have forgone measures for winter driving. "When do we ever get snow?" is a phrase you are likely to hear frequently. However, a wave of Siberian cold expected to hit the metropolis and Turkey's west starting this Thursday could leave drivers in dangerous situations.

It's something that exasperates experts like Bernd Sturmer from the German safety organization TUV Nord.

"We are experiencing extreme and rapid changes in the weather more and more often," said Sturmer to Deutsche Press Agentur (dpa). "Drivers must expect to encounter difficult road conditions in the winter months."

The first thing to be aware of, he says, is that your summer tires won't be able to cope with snow and ice, as the rubber compound is not designed for prolonged low temperatures.

You should also make sure your car goes through its annual pre-winter care and maintenance to fix any problems. Make sure to fuel up; have at least half a tank of gas before hitting the road on a snowy day.

Care with accelerator and brake

In general, cautious driving is required in winter. "Fast acceleration and heavy braking should be avoided, as well as hasty steering movements that can quickly cause the car to skid," says Sturmer.

If the road situation is unclear, for example, because snow is falling or temperatures have reached the freezing point and the road has not been gritted, try to avoid driving in the wheel-tracks of other vehicles as compressed snow will be icier and more slippery than fresh snow.

Sturmer also advises a quick test of your brakes on an open stretch of road. The German Road Safety Council (DVR) recommends drivers to have extra safety training to cope with wintery conditions.

"That's always worthwhile," says Welf Stankowitz of the DVR, "because experience shows that drivers then drive much more safely."

One of the main focuses of training is the correct braking technique. Many drivers are afraid to brake fully in ice and snow. But that is exactly the right thing to do, the expert says. The electronics in the anti-lock braking system (ABS) then regulate the braking process optimally, so that the vehicle can still be steered to take evasive action.

However, if your car doesn't have ABS, you should never suddenly brake as your wheels may lock. Do it gently and slowly.

Many countries have driving safety centers where these techniques can be taught and practiced.

"The slippery road surface can be well simulated," said Andreas Holzel from the German motoring organization ADAC, as quoted by dpa. "In training, you can then practice how the car behaves differently in snow and ice, even at low speeds."

A one-day course won't cost too much, and drivers are always taught in their own car.

"During the training sessions, the car driver gets a feel for what to do if he starts slipping or skidding on slippery surfaces," says Holzel.

The decisive factor, he says, is that drivers learn the competence for risky and dangerous situations during the exercises and can then apply it when it really matters.

Curves can be particularly treacherous in winter, for example, when they are partially icy. "In such areas, it is particularly important not to accelerate too fast, to steer evenly and under no circumstances allow the tires to block," says Sturmer.

If you feel that your car is starting to skid, you should gently lift your foot off the accelerator and step up a gear. In some cases, however, to get your car to move you may have to skid. In that case, you will want to turn off the traction control system (TCS), also known as ASR, in your car.

Opinions often differ widely when it comes to the question of whether manual or automatic transmissions are the better choice. When driving on wintery roads, however, experts believe that the automatic has an advantage.

Andreas Holzel says that starting an automatic up is usually easier on snowy roads. "But no matter whether it's a manual, automatic or all-wheel drive – without good, suitable tires nothing really works well on slippery roads," he says. "Everyone brakes equally badly if the tires aren't right."

It is also important to keep a greater safety distance – this will give you more room to stop in time if others get into trouble. Try to keep at least 70 meters distance in foggy or snowy weather.

One thing to never forget on a snowy road is that you should never shift the gear to neutral; the car should always have traction.