Accept reality, Ms. Von der Leyen, then you may change it 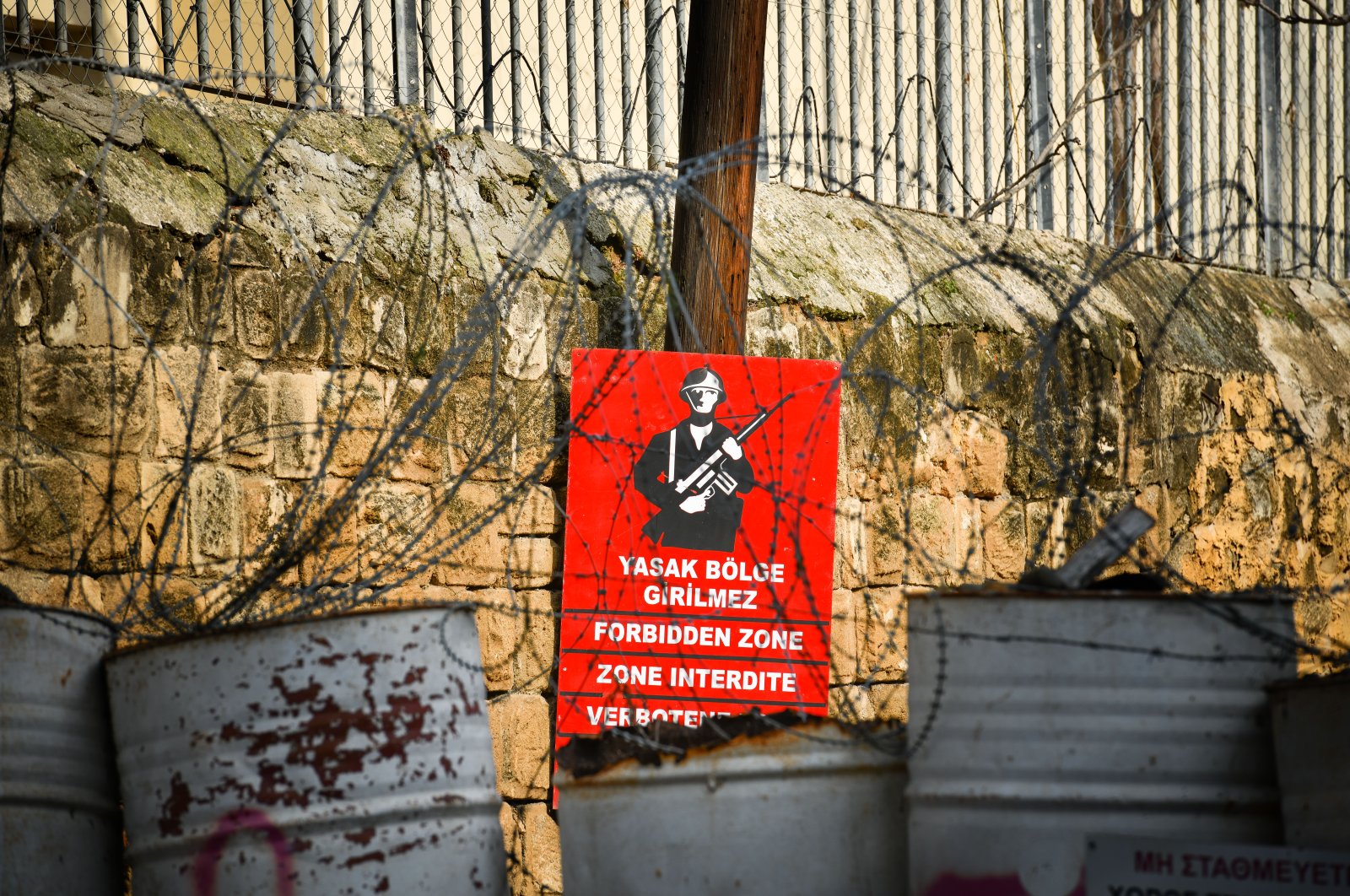 The border between the Turkish Republic of Northern Cyprus (TRNC) and the Greek Cypriot administration, is seen in Nicosia, Greek Cyprus. (Getty Images)
by Hakkı Öcal Jul 10, 2021 12:05 am

With the era of a single-state Cyprus long gone, two nations now live on the same land; however, despite this, international organizations insist on not accepting the existence of Turkish Cyprus

A Turkish Cypriot from the South, whose family fled to the North when he was 13 years old, is now 60 years old. He has forgotten the Greek he had begun learning as a child from his street mates. He barely remembers his last years in the South. Back in the day in the South, he and his family could not go out after dark, as the attitude of their neighbors was changing.

So, one day, his father told them to quietly pack as many things as they could. The same week, a truck came and moved them to the North where there were more Turks and not so many strange Greeks. Soon after war broke out and the strangers started killing the Turks until Turkey came to rescue them.

Now, the protagonist of our real-life story has two children and three grandchildren; neither of them can speak Greek. They don’t have Cypriot Greek friends. One of those grandchildren is now my student at the university where I teach.

He is studying the Greek language and literature in addition to political science. As soon as he graduates, he intends to go back to Cyprus and work for the Foreign Ministry of the Turkish Republic of Northern Cyprus (TRNC). It is the only entity he knows, as he doesn’t remember the Cyprus Republic (Kipriaki Dimokratia). It never existed de jure or de facto for him or for the 45,000 young people either born in Cyprus or migrated from Anatolia.

That is also the case for the estimated 30,000 young Cypriots living in the South. There has never been a “Cyprus” for the Y or Z generations, it's either the Turkish or the Greek side of the island.

Rauf Denktaş, the leader of the autonomous Turkish Cypriot administration in 1974 and the president of the Turkish Federated State of Cyprus (after 1975), used to speak in Greek to Archbishop Makarios, the first president of the Republic of Cyprus; and Makarios would respond in Turkish. Not anymore: neither Turkish nor Greek politicians speak in one another’s language; at least not in public.

What does von der Leyen say?

European Commission President Ursula von der Leyen, who came into the international spotlight recently with “Sofa Gate,” when she was hurt by a chair-snub by EU Council President Charles Michel, says the European Union will never accept a two-state solution for Cyprus. In other words, former German Foreign Minister von der Leyen keeps repeating that the EU will keep rejecting the truth.

When individuals continuously reject reality and ignore the truth, their family members make them get professional help. The European Commission president should know what the whole world knows that there are two different states on the island. Two different nations with different languages and economies.

As the new president of the TRNC, Ersin Tatar, recently said, “unrealistic approaches defying Turkish Cypriots and realities on the island will not affect the value and status of this country.”

Yes, once there was one federation on that island. But on May 3, 1974, Makarios sent a letter to Athens in which he identified the strangers my student’s granddad saw in their neighborhood 47 years ago as “Greek military officers from the mainland.”

In that letter, Makarios wrote that the “officers from Greece” were undermining the Cypriot Republic. The events that took place after that letter reached Athens, created two states on the island.

The sooner von der Leyen starts accepting this reality, the better it will be for her personal health. Her acceptance of Turkish and Greek republics in Cyprus may help her understand reality.

Even though von der Leyen has her version of reality, there is only one true reality. As professional therapists say, facing reality will help you accept where you are and it will make it easier for you to move forward.

My student wants to move to his grandfather’s hometown and continue learning the Greek language the Cypriots used to speak. Will the Europeans help him and tens of thousands of youth from the Y and Z generations in Cyprus get to know each other better?

If so, von der Leyen needs to wake up and start seeing the truth. Nobody wants to have two adversarial neighbors on a small island. Recognizing the two states is the only step needed to help in building better relations between the two states.