American republic at an impasse 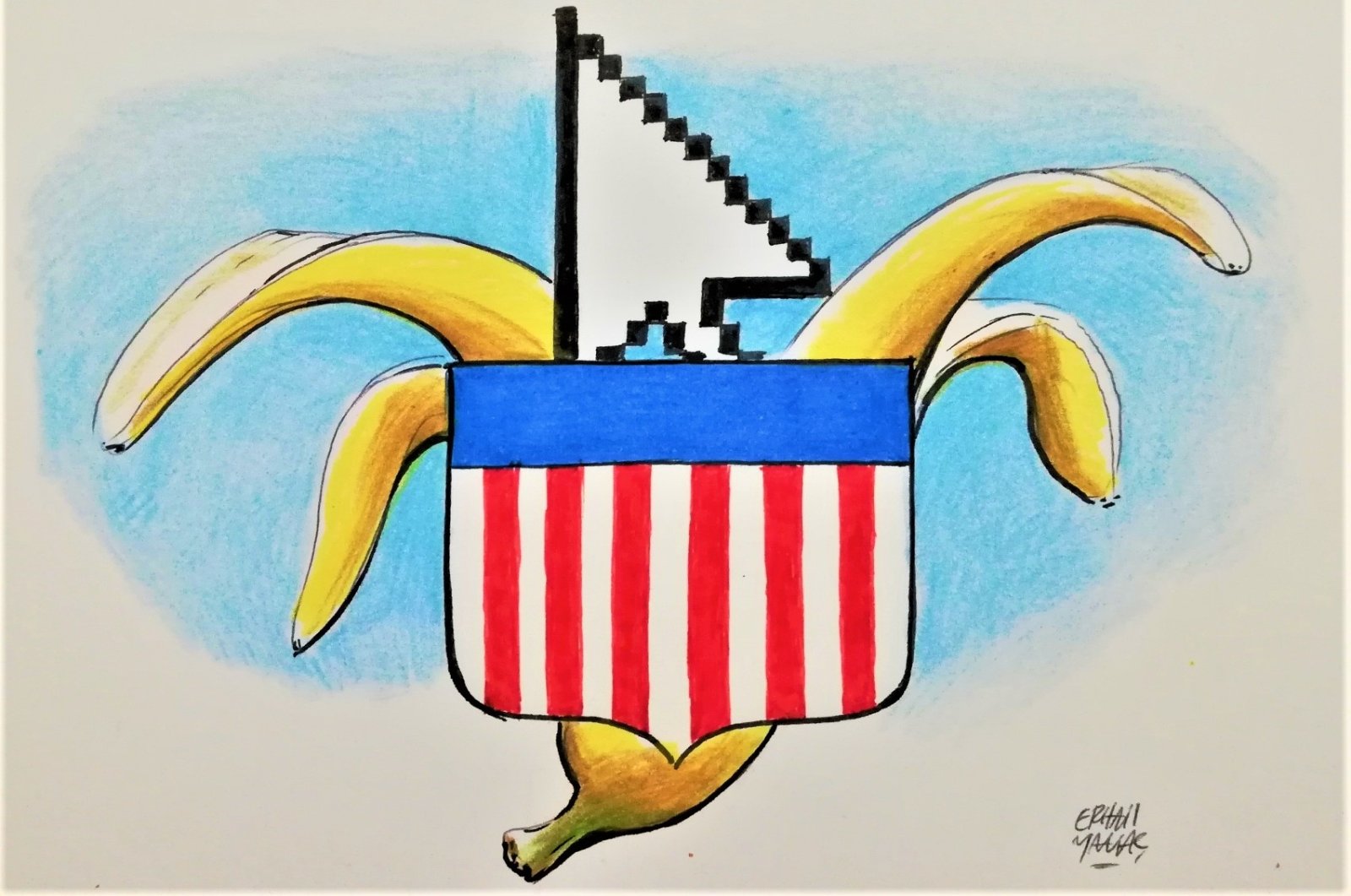 American democracy is at a crossroads. The U.S., whose reputation has been gradually decreasing since the invasion of Iraq, now seems to have completely lost its claim to being the “north star” of other nations in terms of democracy.

The images of its Capitol building being invaded by the public, its representatives in gas masks being kidnapped through secret tunnels and its soldiers lying curled up on magnificent marble grounds reinforce the perception that the country, once famous for its illegal interventions in “banana republics,” has turned into a banana republic itself.

However, it is not about the protest that killed five people, most of who were demonstrators. U.S. President Donald Trump has been silenced, despite never calling for violence and even asked everyone to return home in his last call.

A handful of unelected billionaires, who are the owners of American tech giants, have shown they are now strong enough to wipe the American president out of public discourse.

The issue is heading toward a situation where it is confined into a sort of parochialism like “you are either with us or against with us” like during former President George W. Bush’s invasion of Iraq and suppressing and intimidating anyone who does not call Trump and his supporters terrorists.

Moreover, those who carry the banner for the rhetoric of the neocon Bush today are the most progressive, very “awake” liberals.

In a post-pandemic world and in a process in which the economy and social relations will be restructured, we watch Silicon Valley oligarchs who hold billions of users' data declare that they will use this power monopoly for their political purposes too.

Therefore, it is not about Trump. Instead, it is about using “biopolitical” practices with an aim of “putting life in order” and deciding how that “order” will be via the unelected. It is also about trying to bring every structure, considered “opponent” by saying “you are either with or against us” to its knees through claims about the pandemic and anti-democratic statements.

The fact that the signal fire started in the U.S. has paved the way for them to say, “We have done the same to the president of the U.S., so we are not biased,” in every objection raised from now on against the censorship and election meddling that they will apply in other countries.

The threat on the horizon is vital in terms of freedom of expression and the healthy functioning of democracy. The main voice that liberal slogans are trying to suppress is the footsteps of fascism.

The Turkish public has reacted collectively to WhatsApp’s rules violating privacy – which the company does not apply in European Union countries.

The only way to direct Silicon Valley oligarchs to behave more democratically and fairly is that nation-state governments backed by public reactions seek common ground with these companies. Otherwise, we can continue to lament by reading George Orwell's "1984."