Armenia plays with fire in Nagorno-Karabakh 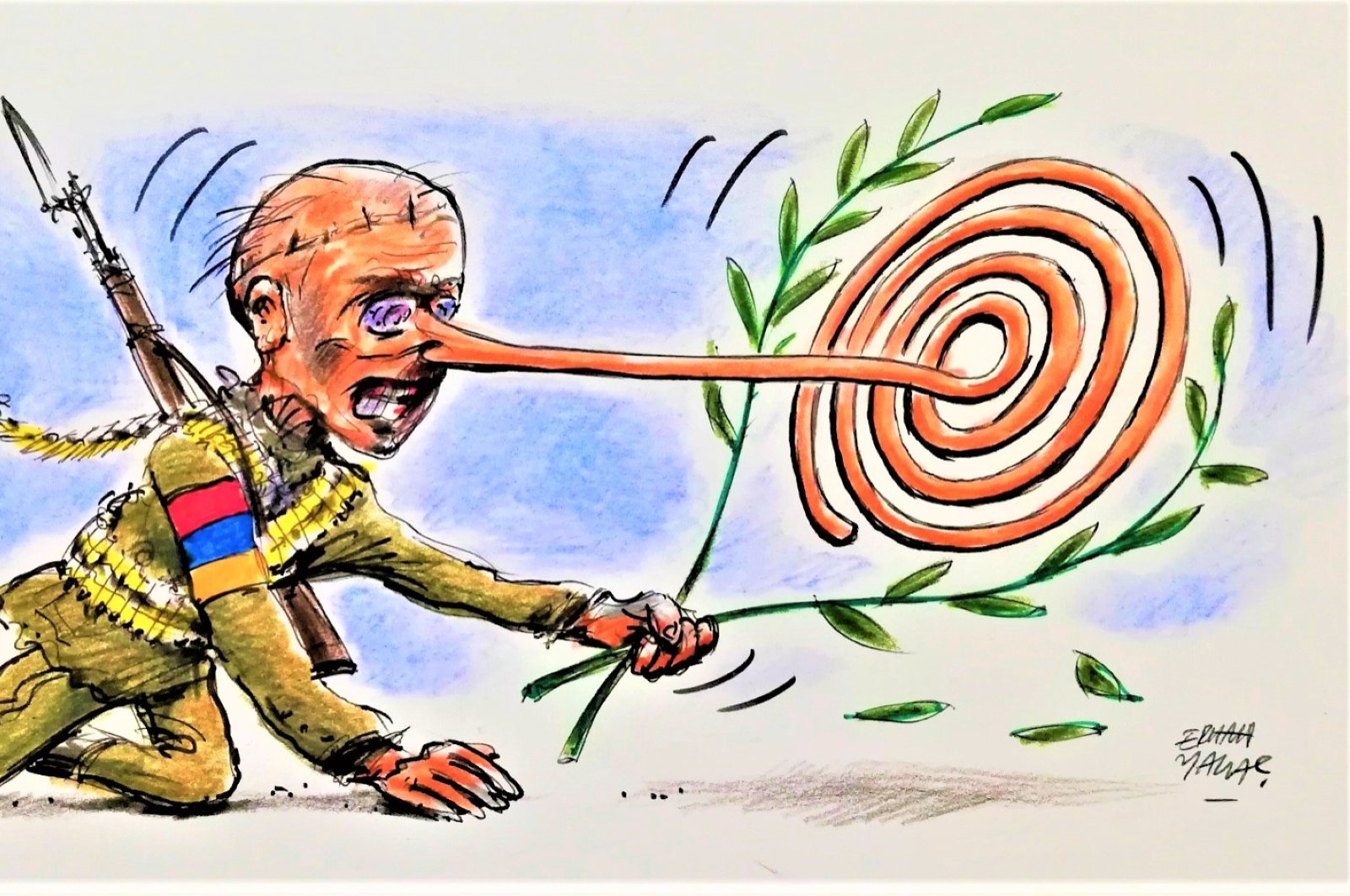 Armenia, which in 1991 occupied Nagorno-Karabakh and surrounding territories, an area that accounts for 20% of Azerbaijan's territory, is insistent in its aggressive stance.

The Armenian armed forces last Sunday launched a new operation in the region, targeting Azerbaijani positions and killing and wounding civilians. The Azerbaijani army responded in kind ratcheting up tension in the region once again, the heat steadily rising day by day.

Yerevan has indisputably violated international law in its actions in Nagorno-Karabakh, with thousands of civilians having lost their lives and yet more forced to flee their homes. Yet despite four resolutions meted out by the United Nations Security Council (UNSC), calling for the immediate withdrawal of its forces from the occupied territories, Armenia has been constantly opening new fronts since the Bishkek cease-fire of 1994.

The latest chapter of the conflict first began back on July 12, when Armenian forces attacked the Tovuz region, a place where various energy lines cross.

However, this week's provocations have yet again come from the Armenian side, reopening old wounds in the region.

Armenia's Defense Ministry said in a statement: “While performing a combat mission during anti-aircraft and air battles, an F-16 fighter belonging to the Turkish Air Force shot down an Armenian Su-25 attack aircraft within the airspace of Armenia. The pilot died a hero’s death.”

This statement was immediately denied by senior Turkish authorities. Azerbaijani authorities also refuted the claims by releasing a flight map of radars in the region.

This half-baked move by Armenia is a clear indication of their intention to manipulate the Karabakh issue, upon which they lack any legal basis, in order to encourage various European Union nations to make further diplomatic moves in the East Mediterranean and Syria against Turkey. They seek to ascribe the regional tension, which is a result of their occupation, to conspiracy theories such as “Turkish expansionism.”

The result is not one that can be disregarded as a minor provocation by a small Caucasian country. After all, Armenia's criminal record is rather long.

International Human Rights Watch can confirm that Armenia committed genocide against 613 civilians in the town of Khojaly in 1992.

Now we hear of intelligence reports stating that the PKK/YPG terrorist group has sent 300 terrorists to Karabakh in groups consisting of 25 each. It is clear what role the PKK, which is responsible for the deaths of tens of thousands of civilians in Turkey so far, will play in the crisis. Obviously, as in the past, they will take on the dirty work against civilians that the Armenian Army may not want to undertake.

The U.N. has not taken any steps beyond condemning what has happened so far and has not even backed up its previous four resolutions about Karabakh. But it should take this job seriously.

After all, the current state of affairs spells dark clouds on the horizon. They should note that they will never get away with their crimes simply by erecting a monument to massacres in The Hague.