Beyond Turkey: Why July 15 coup attempt is significant 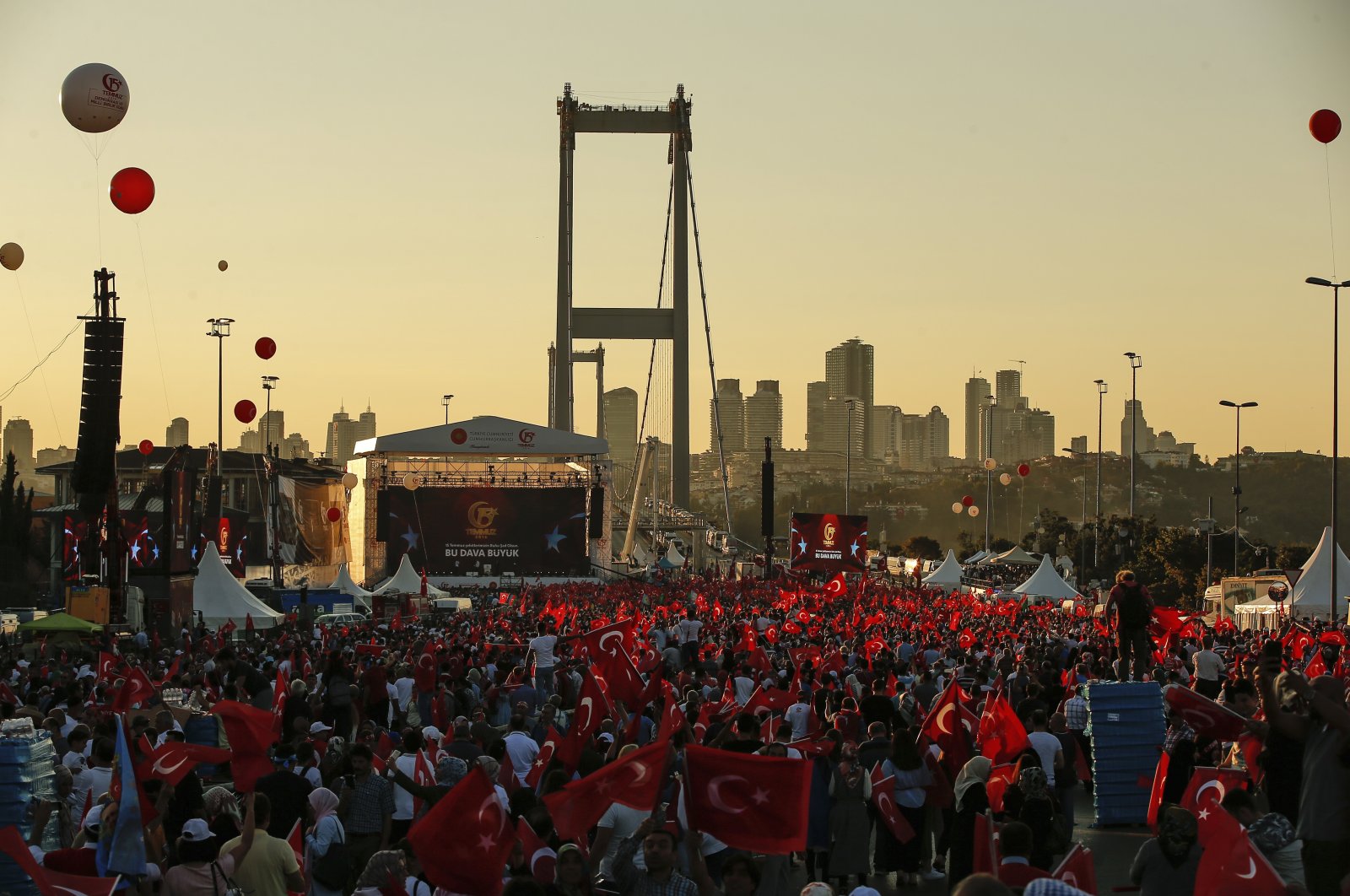 People wave Turkish flags on the road leading to the July 15 Martyrs Bridge, during a commemoration event for the second anniversary of a failed coup attempt, in Istanbul, Turkey, July 15, 2018. (AP Photo)
by Talha Köse
Jul 16, 2021 12:05 am

The July 15 failed coup attempt was one of the critical turning points of Turkish history and Turkish democracy. Indeed it was a significant day for many international actors who follow Turkey closely.

Turkey’s democratic process and economic stabilization were a source of inspiration for many, especially from the Muslim world, who follow the country.

Turkish people’s brave resistance against the military coup was also another inspiring factor.

If the Turkish people didn't resist the coup attempt, the societal fragmentation, the collapse of the Turkish state apparatus, most likely civil war, increased terrorist activities within Turkey’s borders and illegal occupation of some regions of the Turkish border could have been quite possible.

It was not just an attack on President Recep Tayyip Erdoğan and his government but an all-out attack on the Turkish state and democracy.

The 2016 coup attempt was an attack against Turkey’s model of “Muslim democracy” under Erdoğan’s leadership.

Turkey tried to form its model of democracy and inclusive political order that promised to address Turkey’s political, legal problems and economic instabilities.

The country’s democratic experience and economic advancement under the Justice and Development Party (AK Party) administration were closely followed by millions of people, especially by most Muslim countries.

For them, the success of the Turkish model was a significant threat.

The political elites of countries in the region that were disturbed by the democratic change also wanted to destabilize Turkey.

They instrumentalized the discoursed of “radical threat” and “Neo-Ottomanism” to demonize Turkey and constrain its regional influence.

For them, the anti-democratic order and instability in Turkey were a blessing. Thus they supported and sponsored terrorist networks of the Gülenist Terror Group (FETÖ), the YPG/PKK and Daesh to destabilize Turkey.

Under Erdoğan’s leadership, Turkey managed to maintain a democratic system of governance that is in line with Turkey’s traditional values and marginalized groups.

The efforts to accommodate conservative circles under the democratic system helped prevent the very groups' radicalization in Turkey.

Erdoğan initiated the reconciliation process that aimed to address the needs of Turkey’s Kurds and incorporate them as equal and dignified members of Turkish society.

The process sought to marginalize the terrorist PKK and make mainstream the legitimate democratic actors among Turkey’s Kurdish population.

Together with Turkey’s economic growth and advancement agenda, those efforts were a critical project that tried to bring a strong and sustainable democratic political order in Turkey.

Those rifts and fragmentations weakened Turkish society and the Turkish economy for decades and allowed more space for tutelary forces.

FETÖ members targeted Turkish democracy, the reconciliation process and the unity and integrity of the Turkish state and security apparatus.

They were also supported and sponsored by the external forces that wanted to use and manipulate Turkey, the Turkish economy, and the Turkish security apparatus for their selfish interests.

The pro-coup and pro-FETÖ forces wanted to keep Turkey under control with its problems and fragmentations.

FETÖ was one of their most potent tools and investments within Turkey. Those forces did not even refrain from complaining about the purge of putschist forces from the Turkish state apparatus.

Turkey’s Western allies failed to demonstrate the necessary support for Turkish democracy and solidarity with the democratically elected government in Turkey after the failed coup.

Those actors even “harbored” putschists and FETÖ members. Turkish people are still skeptical and critical about the roles played by the U.S. and some other European countries. Their external sponsors and internal supporters aimed to target Turkey’s unity, stability and democracy.

The Turkish nation did not want to return to the days where the tutelary forces defined Turkey’s fate which led hundreds of thousands of people from different political backgrounds, ages and gender to hit the streets to prevent the assault on Turkish democracy.

Erdoğan’s stance and resistance were critical in motivating the Turkish people to resist the coup.

The July 15 moment was a victory for all people who believed in democracy in Turkey.

That night was also an inspiration for millions of people around Turkey who sympathize with democratic progress and stability in Turkey.

It is, therefore, crucial to keep the democratic spirit alive in Turkey and to explain the logic and the objectives of the failed coup to international actors.