'Climate security' as the new concept to save world 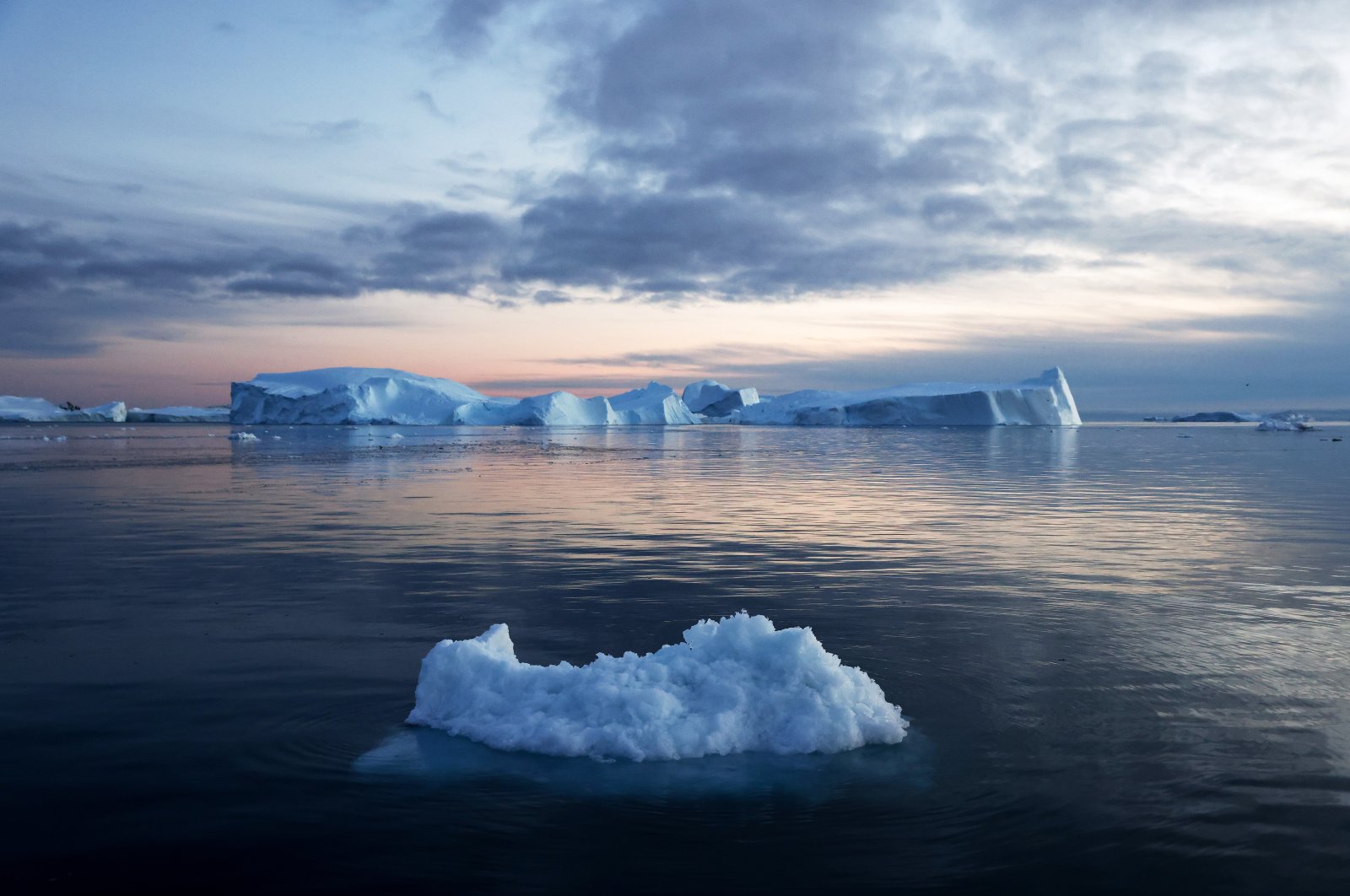 Icebergs that calved from the Sermeq Kujalleq glacier (background) float in the Ilulissat Icefjord, Ilulissat, Greenland, Sept. 5, 2021. (Photo by Getty Images)
by Kerem Alkin
Oct 09, 2021 12:05 am

With the creation of the 'climate security' concept, the global battle against climate change can gain momentum

With the 2021 United Nations Climate Conference (COP26) fast approaching, climate change continues to dominate the list of issues being discussed in international media and social media channels. To understand the reasons why climate change is perceived as the biggest threat in the world, the very crisis is analyzed on multiple dimensions. From food insecurity to threats of major natural disasters such as droughts and floods, or from the energy security crisis to the migration problem, there are numerous realities to think about.

Therefore, almost all global, prominent institutions including the U.N., NATO, the Organization for Security and Co-operation in Europe (OSCE) and the Organisation for Economic Co-operation and Development (OECD) have rolled up their sleeves to analyze climate change. In this context, the threat requires the simultaneous development of a new concept based on “climate security.”

How and what to do?

As a matter of fact, it is not easy to reach a consensus between the members of the G-20 and the OECD, which together are responsible for 80% of carbon emissions in the world. Above all, the climate security concept, if created, can be a comprehensive understanding that focuses on risks and threats of climate change in international platforms such as the COP26, the G-20 and the OECD. After the creation of the conception, the next step should be to regionally analyze the climate change impact as different geographies experience different fallouts.

In terms of climate change strategy, it is said that the most critical issue is how rapidly the countries can construct the capacity to resist and fight against this threat in order to protect their people, assets and opportunities. It has been increasingly observed that even the most ambitious countries of the world struggle to deal with the aftermath of climate change-related disasters such as removing the debris following destruction, normalizing life, healing the wounds of small and medium-sized enterprises (SMEs), or mobilizing public resources. Therefore, under the leadership of international institutions and platforms, it is vital to create information networks where experiences are combined and shared on a regional and local scale.

At this point, in order to manage the destruction caused by climate change, to quickly heal the wounds and, thus, to prevent the climate migration threat, we have to build a logistics network that can provide cash and in-kind financing and all kinds of equipment to support regions most affected by climate change.

Regarding this situation, food and energy security are two critical areas where even the slightest negligence can trigger huge regional and global conflicts. Climate change, which threatens the production of food and energy to meet the increasing nutritional and energy needs of the 8 billion world population, requires special and comprehensive studies for food and energy under the concept of “climate security.” Neglecting either energy supply or food supply security can trigger trouble for the international economy and politics. The G-20 and COP26 will be platforms where all these risks and threats will be discussed extensively.

As an important regional and global actor, Turkey is now taking important initiatives on global climate. With a perspective based on zero waste, net-zero carbon and green energy, Turkey’s newly announced Green Development Revolution will make the country lead a pioneering and effective inclusive development model for the construction of a livable and sustainable world for future generations. Turkey, with its global commitments based on the Green Development Revolution, will become one of the most proactive members of the platforms to combat climate change. Most importantly, Turkey will be a country that compels those who do not fulfill any of their obligations, despite being a party to the climate agreements, to keep their promises.