Course of Turkish politics turns in favor of AK Party 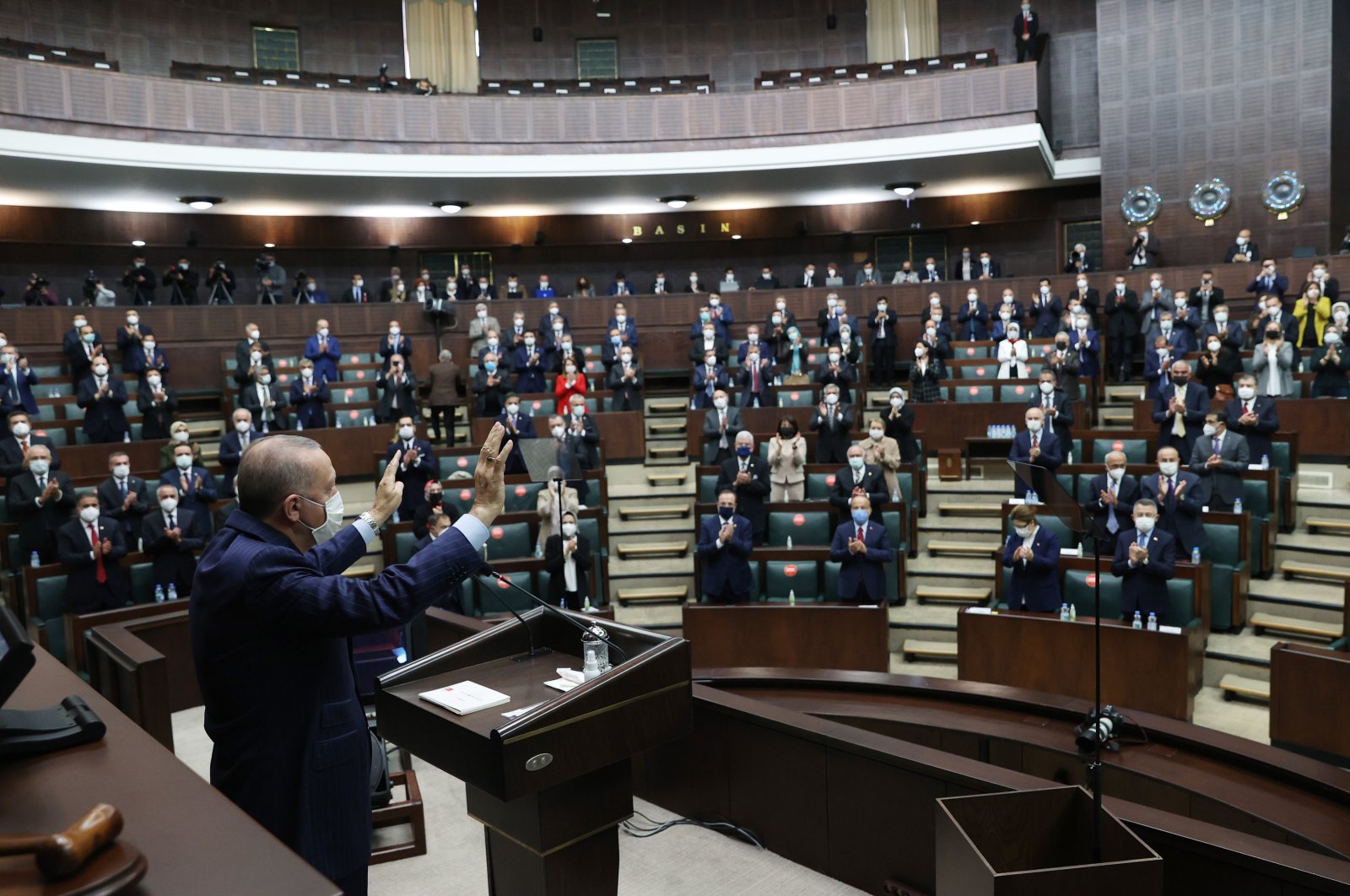 The Justice and Development Party (AK Party) government has been making great efforts to manage the economy and the struggle against the pandemic while responding to the harsh criticisms of opposition parties. Relying on the support of a large electorate, the party critically reevaluates its policies and discourses by reconsidering the newly emerging demands of the people for the economy and politics.

Meanwhile, opposition parties struggle to break the political deadlock in constituting a coherent front against the government. The main opposition Republican People’s Party (CHP) has been a victim of its own aggressive attitude, whose radical discourses estrange the electorate from the opposition.

On the other hand, the organic relations of the Kurdish nationalist Peoples' Democratic Party (HDP) with the PKK terrorist group might lead to its closure by the Constitutional Court. The Turkish nationalist Good Party (IP) has a hard time finding its place within the opposition front due to the covert alliance between the CHP and the HDP.

Two major issues have emerged during such a delicate moment in Turkish politics. First and foremost, the AK Party government has recently earned undisputable success in the international arena. Turkey has emerged as a playmaker in the Eastern Mediterranean, the Middle East, the Caucasus, and the Balkans. The dramatic advancement of Turkey’s defense industry has reconsolidated its role as a regional power by transforming modern warfare via its innovations in unmanned aerial vehicles (UAVs).

Secondly, a great majority of the electorate, while expressing their new demands to the AK Party government, have begun questioning the capacity of opposition parties in keeping their promises. To begin with, the CHP and the IP cannot make an explicit alliance with the HDP. Their sole strategy is to take the votes of the HDP for the opposition front against the presidency of Recep Tayyip Erdoğan without providing a concrete vision about Turkey’s problems.

However, the opposition Nation Alliance needs to gain HDP's support without recognizing it as a legitimate component of the alliance, simply because a great majority of the electorate resent the organic relations between the HDP and the PKK. What’s worse, the Nation Alliance as a whole has an unstable internal structure in terms of the main issues of politics. Regarding the extension of Turkey’s troop deployment in Iraq and Syria, the IP backed the AK Party’s motion, which extended authorization of the government to launch cross-border military operations against terrorist organizations in Iraq and Syria, while the CHP and the HDP voted against it.

Therefore, the opposition front constitutes an extremely unstable and self-contradictory political alliance in Turkey’s major issues. In the last local elections, opposition parties put their internal differences aside by concentrating their energy on achieving an electoral triumph against the AK Party. Today, this common ground of opposing Erdoğan falls short of holding the opposition together. A great majority of voters are extremely doubtful about their capacity to develop concrete policies for the resolution of Turkey’s problems.

Due to the ongoing political chaos within the opposition, the electorate, in general, has been leaning on the AK Party to fulfill their emerging demands in the economy and politics. If the AK Party leadership succeeds in using such an invaluable opportunity to reevaluate its policies and discourses, they will certainly establish a long-lasting bridge with the electorate.