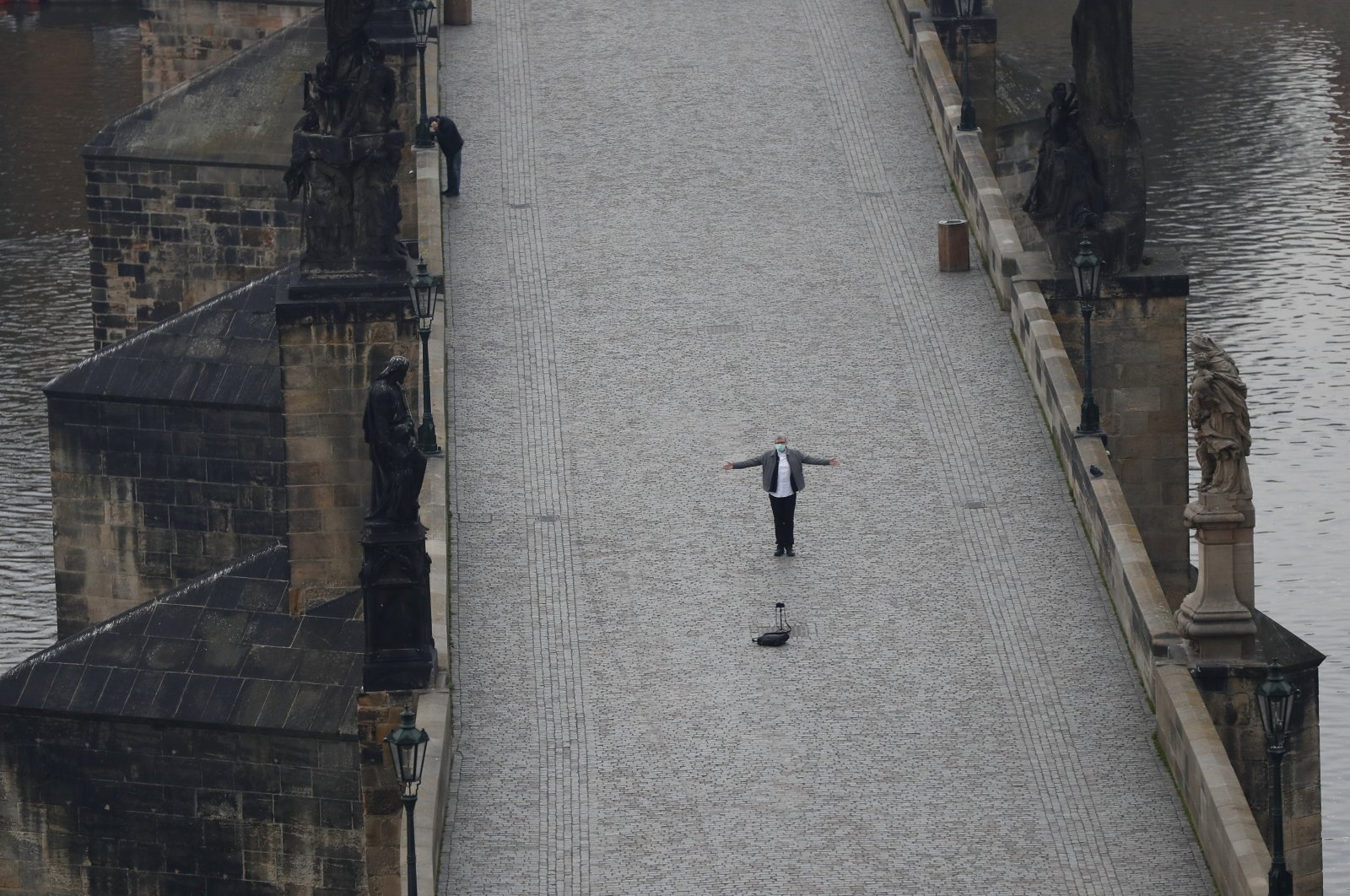 The COVID-19 pandemic is, first and foremost, a health risk. But we also rate various countries’ response to the crisis – like a stock market. In doing so, the main criterion is who was adequately prepared and whose response proved sufficient.

The Western media’s use of images from Turkey, a country with a small number of fatalities, in pandemic-related stories is a reminder that a propaganda war is playing out against the virus outbreak’s backdrop. The first salvo was fired when the various parties disagreed on who to blame for the pandemic. Over time, the top question became which country or leader has been more successful.

In addition to its very serious economic impact, the COVID-19 outbreak is likely to fuel an ideological battle between the U.S., China and Europe. There was an initial competition over the proper way to refer to the deadly virus. Now, we are witnessing a showdown and leadership debate between democratic and authoritarian regimes.

China has come under fire for failing to detect the outbreak and not informing the international community. Critics described Beijing as the sick man of Asia, blaming the pandemic on the Chinese government’s lack of transparency. U.S. media outlets have held communist China responsible for the COVID-19 crisis and argued that the country was unfit to lead the world.

U.S. President Donald Trump insists on referring to COVID-19 as the "China virus." Yet Beijing constructed large hospitals and quarantined the city of Wuhan to stop the virus from spreading further. The Chinese government also shared its know-how with governments around the world.

At a time when fellow members of the European Union refused to share their medical supplies with Italy, China delivered aid to Iran, Italy, Belgium and Serbia. By taking those steps, China has transformed itself from the source of the pandemic to a country helping others combat the disease.

Beijing has been no less active in the area of propaganda. It reacted strongly against Trump’s Chinese virus comments. Chinese sources claim that a group of U.S. soldiers brought the virus to Wuhan back in October 2019. Meanwhile, China expelled reporters from three leading U.S. media outlets. Again, the Chinese government emphasized solidarity against the virus – teaching the U.S. and Europe a lesson. It argues that it owes its success to the superiority of communism. One by one, observers give credit to the authoritarian state’s capacity and effectiveness, citing China’s accomplishments. Against the backdrop of Washington and Europe’s ineffective and undecisive response to the pandemic, the success of authoritarianism became a thing. The success of South Korea and Taiwan alone has saved democracy’s reputation until now.

The U.S. response to the COVID-19 outbreak faces two forms of criticism. First, observers blame President Donald Trump for initially downplaying the threat and the U.S. health care system’s poor performance. At the same time, critics say Washington has been unable to lead the global response.

In truth, the U.S.' global leadership has been contested since the 2008 financial crisis. Nonetheless, former presidents, George W. Bush and Barack Obama, had successfully mobilized the G20 to promote international solidarity at the time. Later on, the Syrian civil war not only demonstrated the Obama administration’s bankruptcy but also established that the U.S. was no longer interested in upholding the post-Cold War liberal order. Washington’s isolationism, which became crystal clear under Trump, came to be justified with the all-too-familiar motto: "America First." Today, many people believe that the U.S. government’s domestic performance in the face of the coronavirus has been a series of failures.

People calling on the U.S. to assume global leadership against the virus outbreak are concerned that China could seize this opportunity to take the lead. Kurt M. Campbell and Rush Doshi argue that the coronavirus pandemic could mark a Suez moment if Washington fails to mobilize the G7 and the G20 soon. Needless to say, they refer to the Suez crisis, which cost the U.K. its global leadership.

Let’s just say that the first country to develop a vaccine and take initiative to keep the economic crisis under control will have the upper hand in the leadership contest.