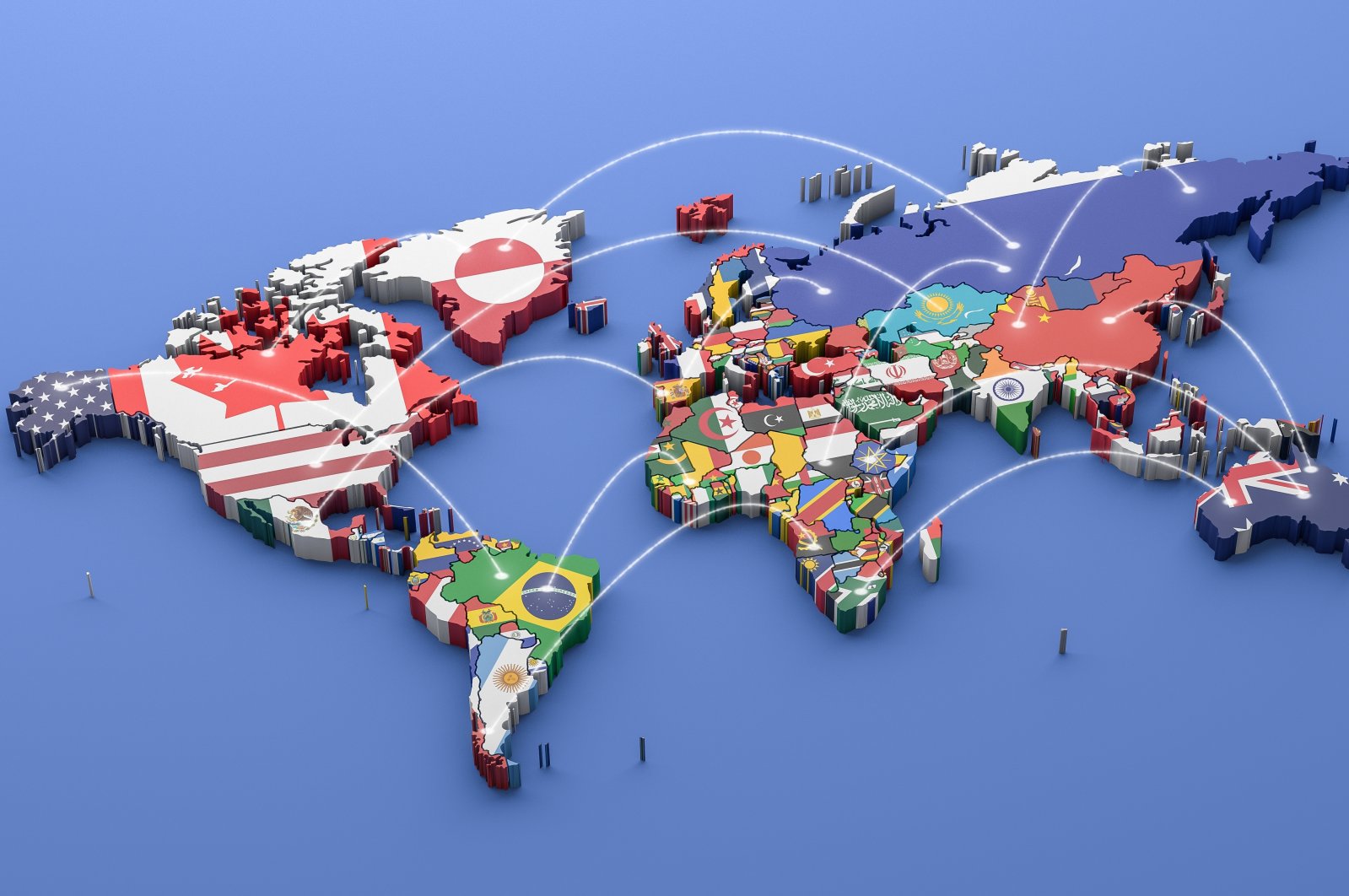 A photo illustration of the world map featuring the flags of nations. (Photo by Shutterstock)
by Talha Köse Oct 29, 2021 12:05 am

In our diplomacy and international relations classes, we teach our students that a diplomat's primary mission, especially if an ambassador, is to facilitate peaceful and friendly relations between countries in congruence with international law and other customs and conventions of diplomacy.

Ambassadors and diplomatic missions in host countries are expected to promote better cultural, commercial and political relations/communication between the nations and prevent or mitigate possible diplomatic crises. Diplomats in other countries represent the interests of the state that posted them there and its nationals. Diplomats are expected to think outside of the box and communicate their country's message to their counterparts. While they are not politicians or policymakers, they can influence the opinions of political leaders and decision-makers. On that note, diplomats are also expected to represent the national interests of the countries that they represent and are not likely to act according to ideological or parochial motives.

The ability to relay the correct, appropriately worded message at the right time distinguishes a seasoned diplomat from an ordinary bureaucrat. They are expected to fine-tune the statements of their leaders when escalations in relations need to be prevented. At times, their exchanges level up the tensions between countries to circumvent more dire crises.

Diplomacy is a universal tongue and diplomats are expected to abide by its norms and principles. While diplomats have a lot of room for flexibility, they are expected to remain within the boundaries of established diplomatic practices. A diplomat is mandated to promote better relations and reduce tensions in situations in which they escalate, therefore any interferences in the domestic policies of a host country can be interpreted as a violation of its sovereignty and autonomy in addition to going against all diplomatic standards of behavior for ambassadors.

Despite sovereign equality being the cornerstone of diplomatic practices in international relations, some nations, historically and today, attempt to use their diplomats to influence and dominate the domestic politics of host countries.

Attitudes and practices of this nature were common during the Cold War era when superpowers held privileged positions within the bipolar system. The countries that wanted to avoid being reliant on such dependent relationships forged their own nonaligned solidarity.

For decades, Turkey has been striving to avoid hierarchical relations with other countries. In the last decade especially, the political authorities in Turkey have been hard at work and have endured high political and economic costs to maintain the country's autonomy. President Recep Tayyip Erdoğan fought against and bore the brunt of refusing to accept a hierarchical relationship with his international counterparts. Despite Turkey’s stance and efforts to maintain diplomatic autonomy and prevent hierarchical relations with other countries, the group of 10 Western countries put on another spectacle in an attempt to demean Turkey.

The recent diplomatic crisis sparked by the ambassadors of 10 Western countries, under the leadership of the United States ambassador in Ankara, was a clear violation of diplomatic rules and conventions. Ordering Turkish judges and authorities to release Turkish tycoon Osman Kavala is a clear violation of the Vienna Convention on Diplomatic Relations. Ten ambassadors attempted to disrespect the sovereignty and rule of law in Turkey through their declaration designed to put pressure on the country's independent judges and government.

Erdoğan’s response to the ambassadors' declaration on social media was clear and harsh. The envoys had violated Turkey’s sovereignty and the Vienna Convention, making them "persona non grata" in the eyes of Erdoğan, who declared they should be sent back to their home countries. Fortunately, the ambassadors in Turkey took a step back and reaffirmed their commitment to the Vienna Convention. The possible consequences of the irresponsible steps attempted by the Western ambassadors in Turkey were thwarted by a clear stance and another set of diplomatic efforts.

Diplomacy was instrumentalized by the 10 envoys in an attempt to subdue Turkey and degrade its political authority. The ambassadors of the 10 countries (the U.S., France, Germany, Canada, New Zealand, Finland, Norway, Sweden, Denmark and the Netherlands) violated their mandate and abused their diplomatic immunity. It seems that some Western countries want to continue their efforts to pursue a hierarchical diplomatic relationship with Turkey, however, Ankara has drawn a red line with its response to the recent crisis. It is also worth mentioning that the issue at hand was mitigated by a team of skilled diplomats whose intense efforts and hard background work prevented a further escalation of tensions. A more careful approach when it comes to respecting the rules of diplomacy would serve the interests of both Turkey and its diplomatic counterparts.