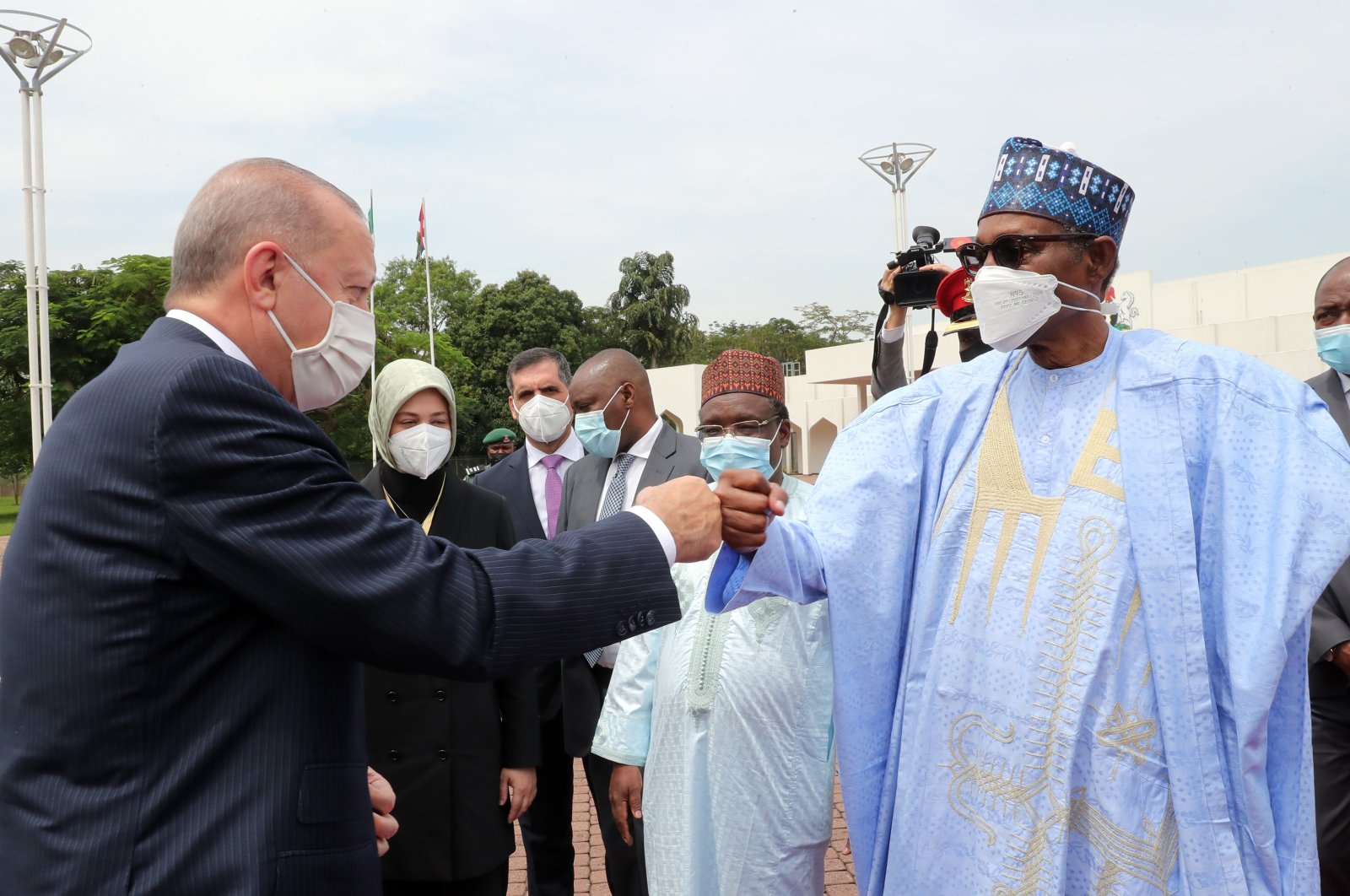 President Recep Tayyip Erdoğan’s Africa trip, which covered three countries, is a sign that Turkey is determined to deepen ties with the continent. This is the 28th time in the last 19 years that Erdoğan stepped on African soil. His trip this time included Angola, Nigeria and Togo.

The visit is part of a broader policy in which Turkey aims to be actively engaged in Africa economically. It is a continent that was neglected by Turkish foreign policy before the Justice and Development Party (AK Party) governments. There was a shallow Turkish footprint in Africa before Erdoğan, but after he came to power, many embassies and consulates have been opened on the continent, Turkish Airlines (THY) launched direct flights to dozens of African destinations and bilateral business has grown comparatively. However, the hegemony of colonial powers is still visible, which Erdoğan wants to break.

Turkey’s strategy is to balance China's rising influence on the continent and find its own place. As such, the president's three-leg visit was an opportunity to build more partnerships with African economies.

In Angola, his first stop, Erdoğan addressed the Angolan parliament and said “the fate of humanity cannot and should not be left to the mercy of a handful of countries which were the victims of the Second World War.” He declared Turkey an embracer of all African countries and criticized the Orientalist approaches of Western countries, describing Turkey as an “Afro-Eurasian state” built from strong historical ties between the Ottoman Empire and African kingdoms.

It is important to note that Erdoğan is a political leader who has visited Africa like no other non-African leader before, which is the main reason why this trip was closely followed by the French press.

In the last 10 years, trade between Senegal and Turkey has increased 16-fold. Turkish firms have big infrastructure projects in the country. Not only in Senegal, but also in Niger, for example, a cooperation agreement has been signed which allows Ankara a military presence in the country and, during this visit to Togo, agreements were signed concerning cooperation in defense.

There are other African countries that Turkey has engaged with in unprecedented ways, such as Ethiopia, where Turkey is the second-biggest investor. Ankara’s trade volume to Africa has increased more than five times in the last 20 years from $3.5 billion (TL 33.7 billion) to $20 billion in 2020.

Regarding the growing presence of Turkish diplomacy on the continent, 31 new embassies have opened during the Erdoğan era.

The Turkish president’s visit should be read in light of all these developments. The trip is important for new opportunities in collaboration and development.

I believe that Turkish diplomacy’s "multipolar path" is still viable. There are specific issues with strategic partners like the United States and the European Union, but Turkey is still an important factor in the geopolitics of the West. The nation gives special importance to these relations, which ought not come at the expense of its involvement in Africa or the East. Turkey is simply trying to be strong across multiple geographies. Are there no problems? Sadly, there are many problems, but they can be overcome only through multipolar diplomacy.