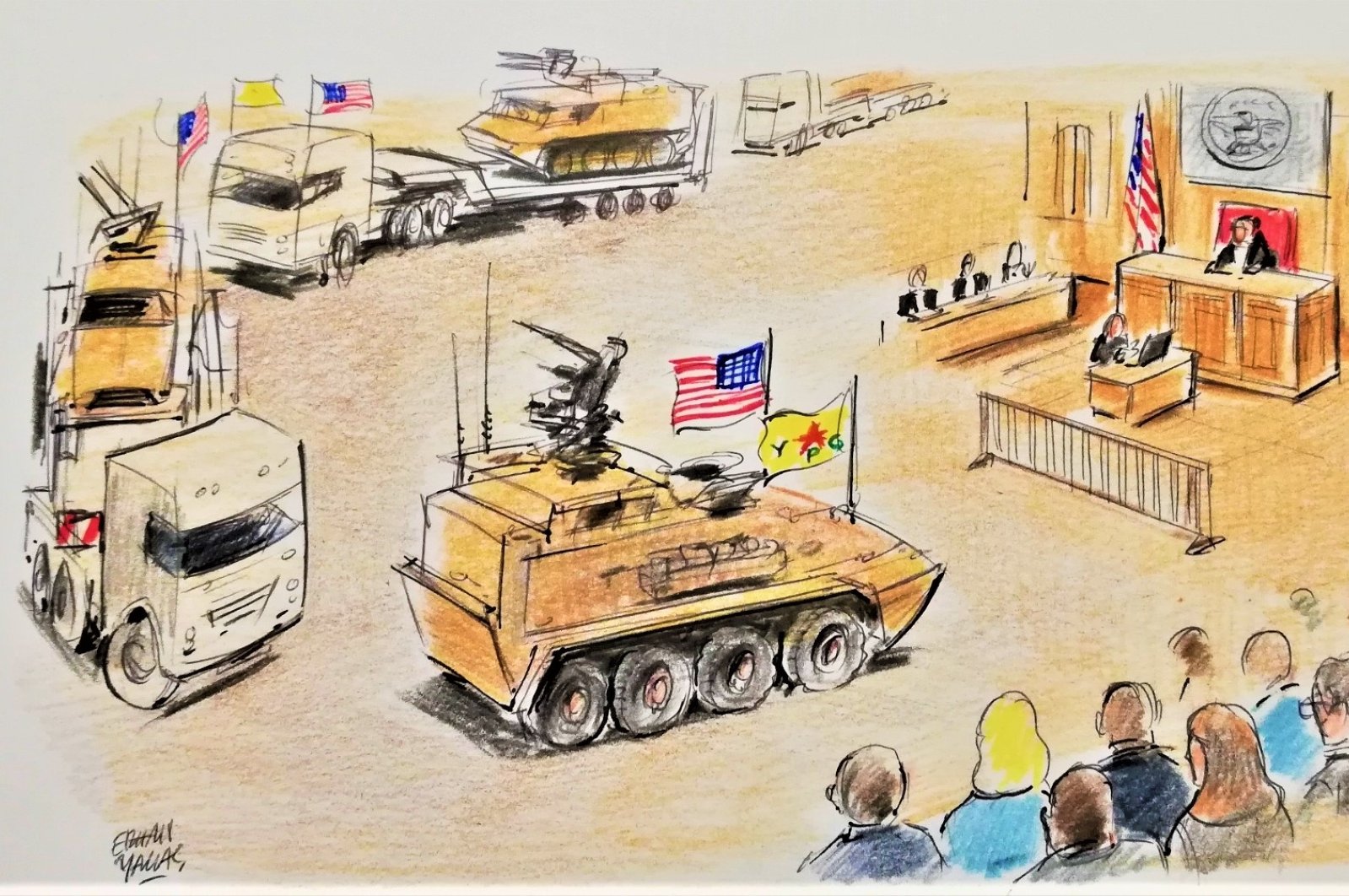 On Jan. 15, Federal Bureau of Investigation (FBI) agents raided an apartment in Florida. According to eyewitnesses, they broke down the door. Residents of the other units were shocked to see their 33-year-old neighbor, whom they thought to be a kind gentleman, taken out of his apartment by force. In light of the house raid, neighbors learned that Daniel Baker was actually an anarchist with a plan to start a civil war in the United States.

Investigators collected a vast amount of evidence against Baker. He was an anarchist and self-described “hard-core leftist.” The authorities described him as anti-government and anti-police. On social media, Baker expressed his anger toward law enforcement as follows: “Remember that the cops won’t protect us because the cops and klan go hand in hand.”

The Florida man had persuaded himself that U.S. President Donald Trump would not agree to a peaceful transfer of power. He believed that the situation called for armed struggle. According to Baker, people who shared his views had to take up arms to target Trump supporters and protect their country.

The authorities discovered that Baker was involved in the Jan. 10 attack on the Florida State Capitol where he encouraged people to arm themselves and go to that building. Here’s what he wrote, calling for an armed insurrection and civil war: “Call to Arm January 20th! We need all Florida residents to rise up. We must encircle terrorists who attack the Capitol. This is an armed coup and can only be stopped by an armed community.”

The FBI flagged Baker’s violent message, which led to his arrest. The agency was particularly concerned because the U.S. was already going through a difficult time. The U.S. Capitol was invaded following Trump’s defeat in the 2020 election – an unprecedented scandal in the country’s history.

Today, Joe Biden will assume the presidency of the U.S. amid an alleged plan by Trump supporters to stage an armed protest. Some 25,000 members of the National Guards have been deployed to Washington to prevent an assault.

The question is whether Baker would have been behind bars, had it not been for the post-election chaos in the United States.

For the record, Baker has been promoting violence on social media for a long time. A former member of the U.S. armed forces, he served as a security officer following his 2007 discharge. Baker told his neighbors that he had been in Syria to deliver humanitarian aid, had come back due to the COVID-19 pandemic and wanted to go back to the conflict zone.

In truth, Daniel Baker had joined the YPG as a sniper in 2017. His social media posts showed him in a YPG uniform. The U.S. Department of Justice describes the group as “a sub-affiliate” of the designated terrorist organization PKK.

Yet the FBI knew more about Baker. Here’s what the agency’s official report concluded: “Multiple overseas sources reported that Baker stated he intended to return to the United States with the intention to lure Turkish pilots training on the United States military bases off the installation, after which he would kill or mutilate them in furtherance of helping the YPG fight the Turkish government.”

Let’s take a break and reach two conclusions based on what we already know:

First, Baker was deeply influenced by the YPG terrorist organization’s radical ideology. His anti-police, anti-government and anarchist inclinations, coupled with his violent message and legitimization of murder, support that view.

Secondly, Baker’s plan to target Turkish pilots in the U.S. suggests that he did not cut off his ties to the YPG or disown its objectives. In other words, the YPG is apparently trying to carry out acts of terrorism against Turkish citizens on U.S. soil.

The good news is that Baker is behind bars. But what about others, who went to Syria and Iraq to join the PKK/YPG and returned to their homes in the U.S. or the European Union? A recent report shows that hundreds of Europeans joined that terrorist group as foreign fighters. Accordingly, no less than 30 Brits, 250 Germans, 150 Swiss, 50 Swedes and 20 Danes fought among YPG ranks in recent years. The number of Americans who went to Syria to fight for the PKK/YPG is unknown. Had it not been for the most recent developments, we would have probably never heard of Daniel Baker.

Unless all those men and women died in Syria or Iraq, they have returned (or are in the process of returning) to the U.S. They will take the terrorist organization PKK’s dangerous ideology home with them. Unfortunately, people like Baker, who became accustomed to violence and terror, will make headlines in the U.S. and Europe. Baker’s call to arms is a deeply concerning precursor to future acts of violence.