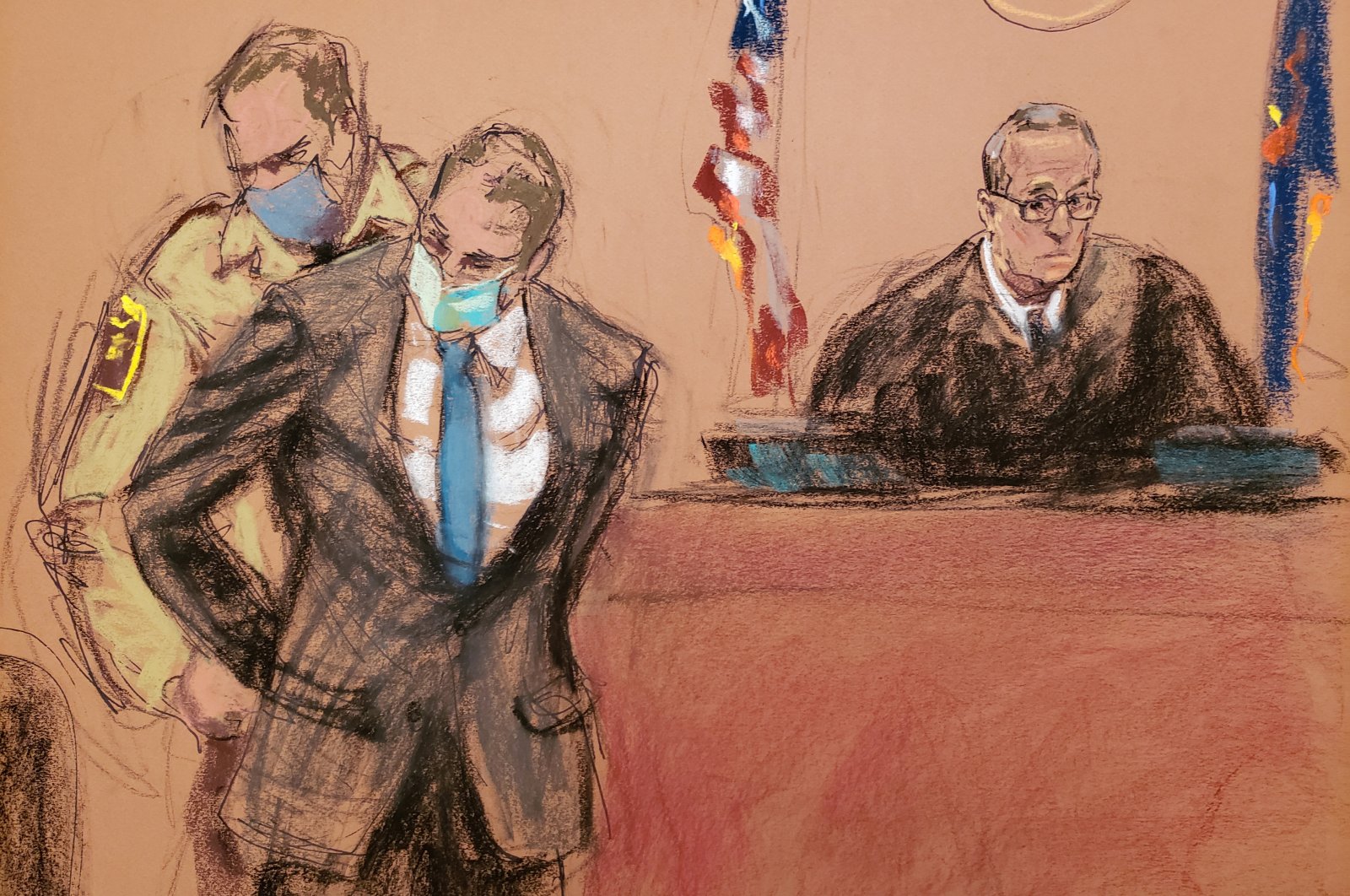 This court sketch shows former Minneapolis Police Officer Derek Chauvin being placed in handcuffs after a jury found him guilty on all counts in his trial for the death of George Floyd, Minneapolis, Minnesota, U.S., April 20, 2021. (Reuters Photo)
by Hakkı Öcal Apr 25, 2021 11:45 pm
RECOMMENDED

Unfortunately, "cancel culture" did not manage to get to the root of racism in the U.S. While it may have successfully taken down a Confederate flag from a pizza parlor's window in Athens, Georgia, the lady who waits the tables remains the same. There is a high likelihood her sons, or grandsons, were among the police officers who shot and killed 4,400 people over the last four and a half years – statistics The Washington Post tracked.

My wife had to attend a meeting in Athens in Clarke County some time ago. Thinking a day or two in the college town would be a welcome break from my hectic Washington, D.C. routine, I tagged along.

After driving all the way down South, we made our first stop at a cheerful restaurant. It turned out to be a pizza parlor. Not only did the restaurant have a homey look, the woman running the establishment resembled a southern momma from a David O. Selznick movie. As we looked over the menus, my wife and I asked her for a little more time, a few times, to which she replied, "Sure, honey!"

In the meantime, a nice black family had arrived shortly after we did and sat in a seat at a nearby table. The waitress, a frightfully large woman, approached their table and curtly asked what they wanted in a short exchange that lacked any Southern hospitality.

As is typical with children, the kids were struggling to make up their minds and the mother asked for more time. The waitress, who was more than happy to give us more time, had apparently lost her patience. “We’re not getting any younger here,” she said. “If you wanna eat here you have to order now.”

My wife and I got up and left after sharing with the waitress a piece of our minds. Hours later, we bumped into the same family at the university. They had brought their daughter to register for college. Apologetically, the mother tried to explain the racism the family regularly endures. “It is like that everywhere for us,” she said. “If we leave every place that we witness that behavior, we cannot live in this country. But it is our home, too.”

According to The Washington Post, the FBI undercounts fatal police shootings by more than half because local police fail to report fatal shootings in their departments. A total of 983 people have been shot and killed by police in the past year.

The word "incident" refers to an instance of something happening, an event. Somebody being killed in front of a crowd of oftentimes filming onlookers, which took nine minutes in the case of George Floyd, cannot be described as an "incident" or a daily event. It is a lynching.

Yes, the guilty verdicts in the Derek Chauvin trial differ from the usual outcomes of similar "incidents." Usually, the police officers involved in these killings go unpunished.

But this time, the murder was well-documented and there were dozens of witnesses. Many experts asserted that Chauvin and his four co-conspirators used excessive force.

If there was no video and audio recording of the killing, if nobody was there to witness George Floyd struggling for his last breath as he whispered that he loved his kids, the police officers involved probably would have been absolved of their crimes.

If the angle was different and Floyd's head was obscured by the tire of the car as he was knocked down by the officers, or if Darnella Frazier, the black teenager who filmed Floyd's murder had been afraid of the police and run off, Chauvin would be a free man today toasting a beer with his fellow officers at their favorite watering hole.

The point is, this is not a groundbreaking ruling for the U.S., which should have attempted to tackle the well-established issue of racism in the country a long time ago. Yes, there seem to be a few signs that racial justice and police accountability are being considered in a new light.

But as Derrick Johnson – the president and chief executive of the National Association for the Advancement of Colored People (NAACP), the country’s foremost civil rights organization – says, racism is a structural problem and “a few checks can’t fix it.”

Yet, Johnson believes that “there is a responsibility of corporations to ensure that we maintain a stable democracy.” As businesses get more involved in social and political issues, Johnson argues that positive social change will occur.

As observed decades ago by Czeslaw Milosz, a Polish American poet and philosopher, it is a structural issue because Americans willingly avoid intellectual activity. Milosz believes that American society abandoned discussing anything to do with structure two centuries ago.

Public discourse has become entirely reductive in nature: If you have a social problem, first pour some money into it and if that doesn’t work, pass a law.

In the middle of the Minneapolis firestorm, Vice President Kamala Harris, a former local prosecutor and California attorney general, introduced a criminal justice reform plan that seeks to scale back incarceration and end the war on drugs.

She believes police violence can be stopped by legalizing marijuana, getting rid of the cash bail system and abolishing mandatory minimum sentences, the death penalty and solitary confinement while reducing the number of people in federal prison. As Milosz would expect, American society, left to right, seems to have accepted the plan without scrutinizing it.

The chief of the NAACP hopes businesspeople will play a role in social progress. Harris plans to empty the prisons to fight the police violence.

Others are rushing to work without taking the time to stop and think about the situation, given that the majority of people are just one (or two) paychecks away from poverty.

Thank heavens Darnella had the time to stop and film a murder in progress. Otherwise, the U.S. would be faced with yet another fiery reaction to the "incident" in Minneapolis.