Friends: Just a memory from a different America 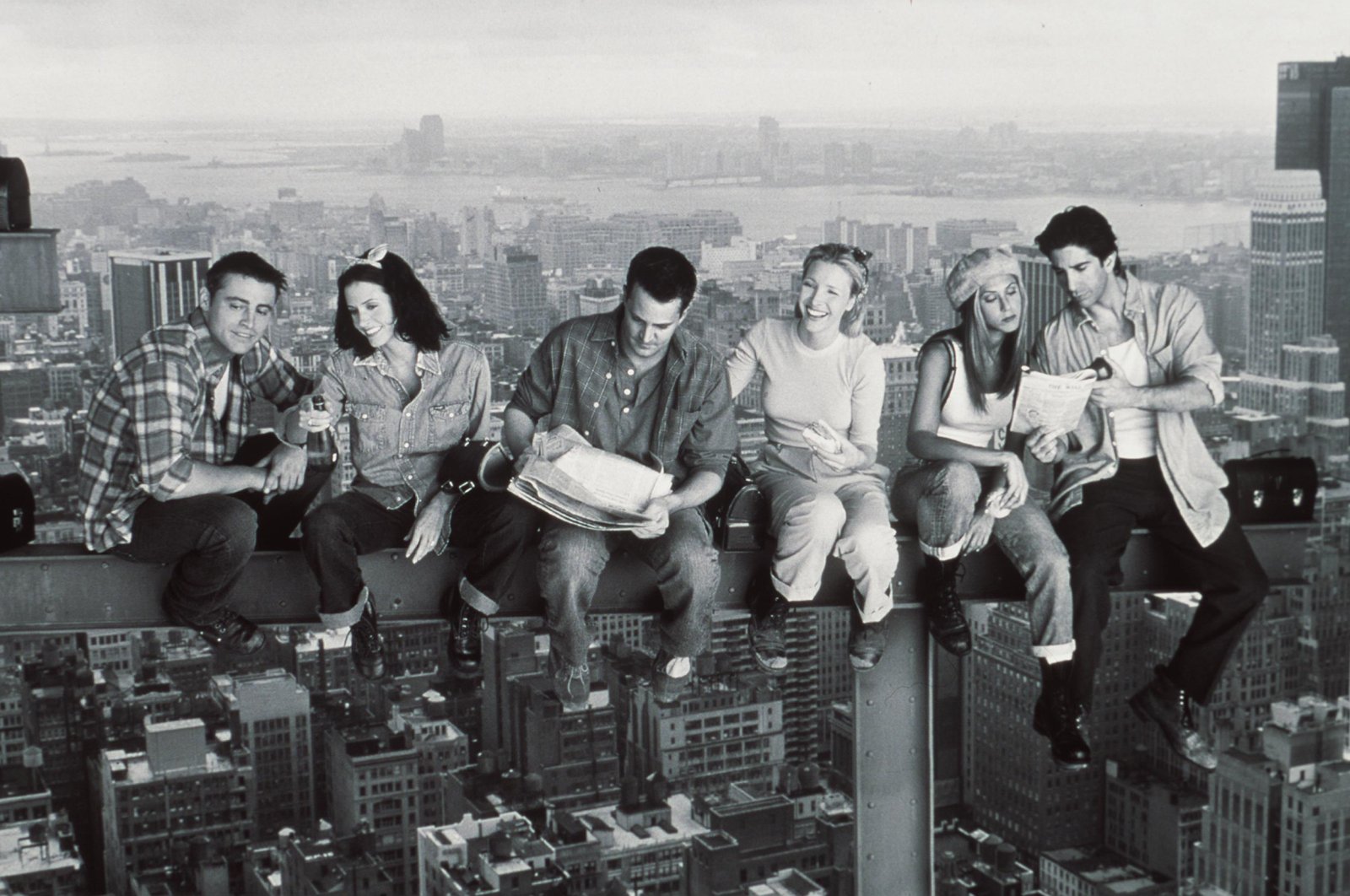 An illustration photo of the main cast of Friends sitting on a building under construction. (Photo By Getty Images)
by Kılıç Buğra Kanat
May 24, 2021 12:05 am

After almost 17 years, "Friends" is coming back in a one-off reunion special. Following the announcement of the date of its release, former and current Friends fans made the reunion episode a trend ion social media.

The trailer of the episode shows the six stars of "Friends" together at Central Perk for the first time after many years.

It was 17 years ago when the final episode of "Friends" was being watched by hundreds of millions of people across the world. The episode was discussed and talked about for months. Reports and studies were published to discuss the impact of the series on young men and women in different countries.

And since that last episode, in which Rachel and Ross got together, there has always been speculation about a reunion in the series. Some had expected a Friends movie that would bring the characters together, while others literally expected the series to make a comeback. There was a short-lived spinoff "Joey," which followed the character Joey Tribbiani (played by Matt LeBlanc) to Hollywood, but since 2006 there has been nothing to scratch the itch of those wanting something new from the Friends franchise.

The trailer showed the aging characters sharing memories, trying their luck at trivia and hanging out on the set of the series. The producers also released a statement in order not to set unrealistic expectations that would lead to disappointment among the viewers. That statement said, "Lastly, in order to avoid any misunderstanding about what this special is, we want to make it very clear that this is not a new, original episode of the series. The cast will be appearing as themselves, not as their beloved characters."

So we will not see Ross and Rachel, but rather Jennifer Aniston and David Schwimmer on the screen. The real people will talk about the characters they tried to portray over the 10 seasons of the series.

Every viewer who watched the series in those years will probably have nostalgia about their younger ages and recall who were their friends and where they used to live at that time.

For the American audience, it was one of the “best of times.” It was a unipolar world, where Americans were discussing the closing of an interregnum of American intervention in the world.

Some Americans were talking about going back to default settings after the Cold War. The American youth of the 1990s were enjoying the emergence of a new pop culture and new technologies. They did not go through a great war or great depression like previous generations.

Seventeen years after its final episode, "Friends" will come back to a different America. An America that has suffered through two protracted wars, one financial meltdown, one pandemic, major riots, one recession and a polarizing political and social atmosphere.

A change at hand

The America of the 1990s is nowhere to be seen at this moment. If "Friends" were in the New York of today, they would have had to deal with a pandemic, an economic crisis and it would be extremely challenging to remain as apolitical as they were in the 1990s.

It is neither unipolar nor victorious as it used to be in those “golden years.” Instead, people are nowadays talking about the decline of the U.S.

For the people who were watching "Friends" around the world 17 years ago, it represented America. For many, it still does. For the Americans, however, after 17 years, "Friends" is just a memory from a different America.