From American dream to American nightmare 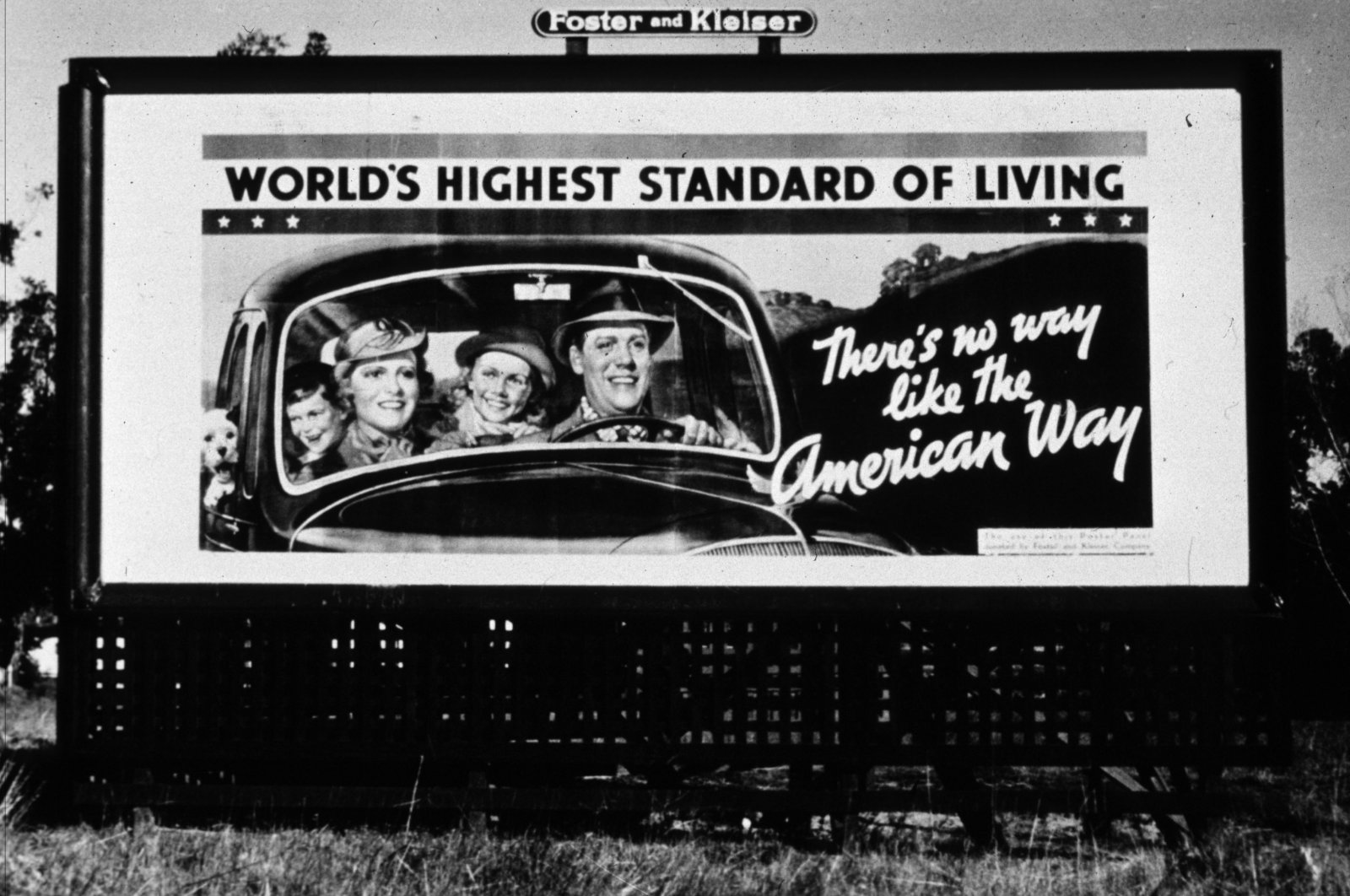 A billboard promoting American life standards as a campaign against the fallouts of the Great Depression, on Highway 99 in California, the U.S., March 1937. (Photo by Getty Images)
by Kılıç Buğra Kanat
Nov 16, 2020 12:05 am

In his inauguration speech following the resignation of his predecessor President Richard Nixon, former U.S. President Gerald Ford said, "my fellow Americans, our long national nightmare is over."

The entire audience understood what Ford meant by the remarks and hoped they were true following a series of scandals and problems due to mismanagement.

The quote is now one of the most frequently used among certain analysts following elections. For them, Donald Trump's presidency was a nightmare with Joe Biden's victory signaling the bad dream was finally over.

If this is true, there are many more questions to be answered since U.S. society is divided and cannot even come to an agreement on what constitutes a nightmare.

Once upon a time, America was known as the land of dreams. The famous "American Dream" was subsequently redefined by different generations over the course of the years.

For late American novelist Scott Fitzgerald, it was the idea that one can reinvent oneself. For famous American poet Archibald Macleish, it was about the liberation of humanity and freedom of mankind. Even those discriminated against and mistreated in the U.S. have an understanding of the concept.

Martin Luther King once said "... I still have a dream. It is a dream deeply rooted in the American dream. I have a dream that one day this nation will rise up and live out the true meaning of its creed: 'We hold these truths to be self-evident: that all men are created equal.' The concept has become one of the unifying characteristics of a diverse country.

Books have been written on the topic and popular cultural products have been produced centered around the idea of the protagonist pursuing or living the American dream. Politicians use the concept in their campaigns, promising to revive it for all.

In the recent elections, Trump announced the dream was dead due to Washington's failed policies but promised to revive just like other candidates have.

However, despite the promises of politicians, the American dream has started to lose its appeal over the last few decades. The Iraq War, the financial crises and the increasing dysfunctionality of the federal government in resolving basic issues in the country all contributed to the sentiment.

For years, the debate over the American dream has been put aside and it has increasingly become a discussion of the American nightmare.

In fact, the idea of a nightmare united Americans as many in the U.S. believe that the country was in the midst of one. But the real problem lies in the inability to agree on what really constitutes a nightmare.

Increasing political polarization in the country and societal divisions that started to emerge in the U.S. generated conflicting conceptualizations of the nightmare.

Both candidates scared their electorates in order to bring them to the ballot box. Instead of providing a conceptualization of the American dream, both sides highlighted the nightmare the American people would experience under the leadership of the other candidate.

In the next few years, the U.S. administration and American society will face a challenging test as the U.S. experiences the worst pandemic in recent history.

The pandemic we have

The number of daily COVID-19 infections passed 150,000. For more than a week now, every day more than 1,000 people are losing their lives in the country, with no end in sight.

The dark winter is becoming a reality. In addition to a public health crisis, the country is also facing an economic one with unemployment rising and some states readopting restrictions and closures due to COVID-19, which also threatens the economy.

Additionally, racial tensions are at their highest levels in recent history and society is facing other ongoing challenges such as the opioid crisis, which politicians are not talking about, and problems in the country's infrastructure.

Racism and xenophobia are on the rise, with racist rhetoric finding its place in mainstream politics.

The election results are currently being challenged by Trump. On Saturday, there were clashes between different groups in the middle of Washington, D.C, where tens of people were wounded showing that demonstrations, rallies and potentially violent disputes will be ever-present in the coming years. It is not clear though what will take place during the transition period.

The winner of the election will run the government from the White House, however, the loser's presence will be felt through the social movement they created in the coming years.

"Trumpism" will continue to exist and even if he concedes, Trump will remain a significant figure in the U.S. Under these conditions, it would be extremely ambitious to argue that the nightmare is over.

There is no talk of an American dream however there is a very high degree of skepticism that each group will try to turn the life of the other into a nightmare. It may be too early to discuss that nightmare ending.