Greece forcing its hand to war 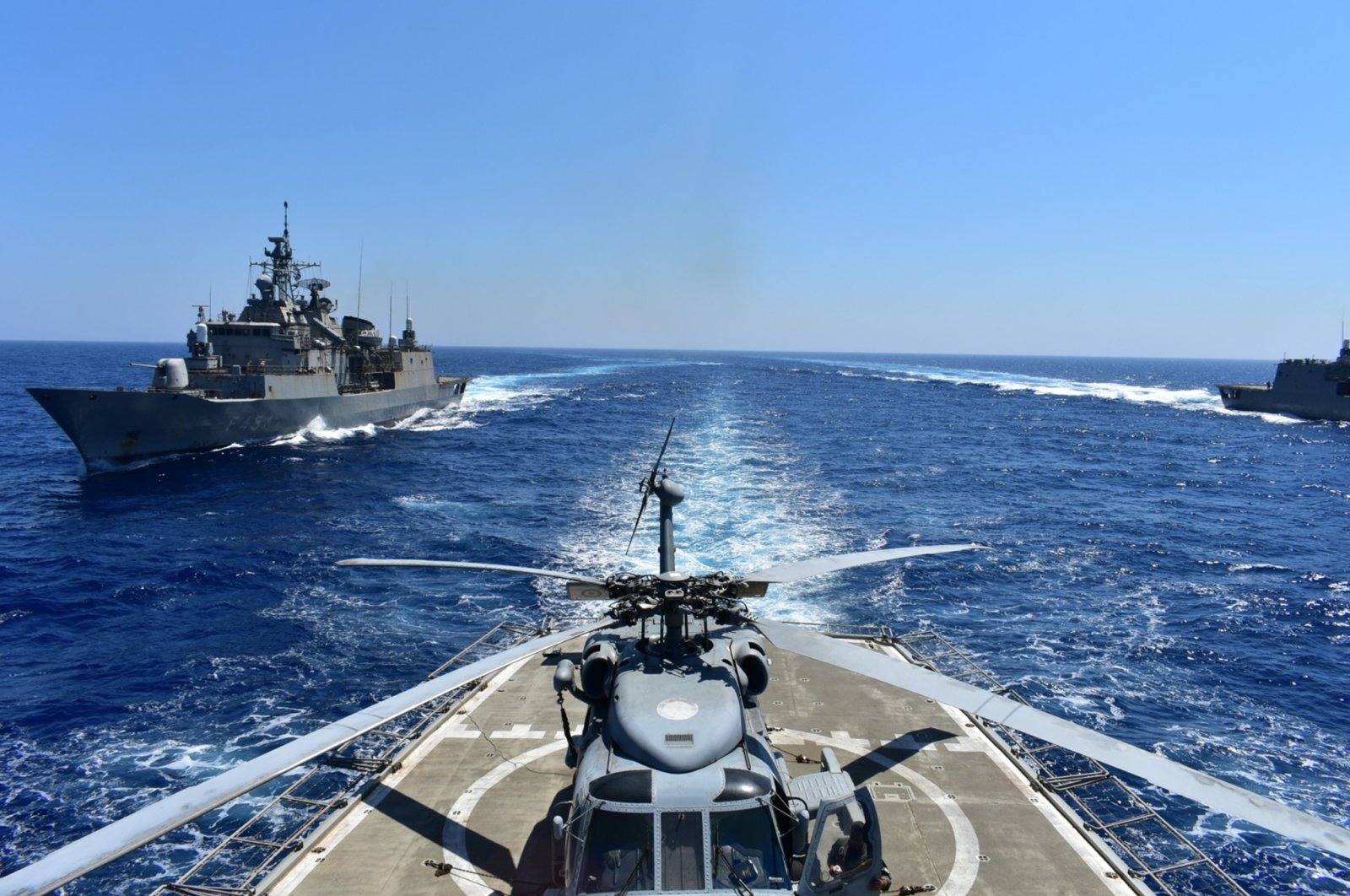 Crete is the largest of Greece's islands with a surface area of 8,336 square kilometers (3,219 square miles). The majority of the country's 227 inhabited islands are closer to Turkey than its mainland. For instance, the disputed island of Kastellorizo (Megisti-Meis) lies 2 kilometers from Turkey, that is, a short boat ride away and is 520 kilometers from Greece, meaning a two-hour flight.

Despite this, Greece can stipulate that no Turkish ships pass around Kastellorizo. In summary, Greece has declared that it will only tolerate Turkey, which has the longest coastline on the Mediterranean at about 3,000 kilometers, fishing on its shores, stipulating that it will share the rest of the Eastern Mediterranean with its partners at will. Do you think this is an offer that any sovereign state would put up with?

Turkey has responded to this expansionist and aggressive outlook by signing an agreement on the limitation of its maritime jurisdiction with Libya, whose Mediterranean coastline is also much longer than Greece's. With the support of the Turkish army, putschist Libyan Gen. Khalifa Haftar was overwhelmed and the diplomatic process was launched in the country. Then, at Germany's request for a chance for dialogue, Turkey withdrew its Oruç Reis seismic exploration vessel from the Mediterranean and waited for a month.

Greece's response was to reach an agreement on the limitation of the maritime jurisdiction with Egypt, which likewise disregards Turkey's continental shelf, and called on France for military assistance.

In addition, Greece asked to impose heavy sanctions on Turkey at a European Union meeting of foreign ministers. Greek Prime Minister Kyriakos Mitsotakis declared that Athens was closed to dialogue right next to German Foreign Minister Heiko Maas, who himself had come to call for diplomatic talks.

Most recently, this week, the Greek prime minister announced that they were preparing to arbitrarily increase the continental shelf in the Ionian Sea from 6 miles to 12 miles. Greece made a similar attempt in 1995, at which the Grand National Assembly of Turkey (TBMM) announced a joint resolution that it would consider such a step “casus belli" (a legal term which, read in Turkish, carries the more than ironic duel meaning of "obvious spy" – and how obvious it is).

From the beginning, Turkey has been calling on countries bordering the Mediterranean to reach a common agreement through dialogue. But at every step, Greece, with the EU's unconditional support, continues to threaten and evade Turkey.

If Greece decides to increase its continental shelf to 12 miles, it will mean a declaration of war on Turkey. The Greeks remember well what their ancestors experienced 98 years ago in the Great Offensive (Büyük Taarruz) of August 1922, and I do not think they want history to repeat itself.

Turkey does not want to escalate the tension, either, but expects that its rights be respected. The most correct way is to determine neighboring maritime borders just as land borders are defined, through an agreement reached in a peaceful and civilized manner.