Hey Greta! Will you be a sister for Palestinians? 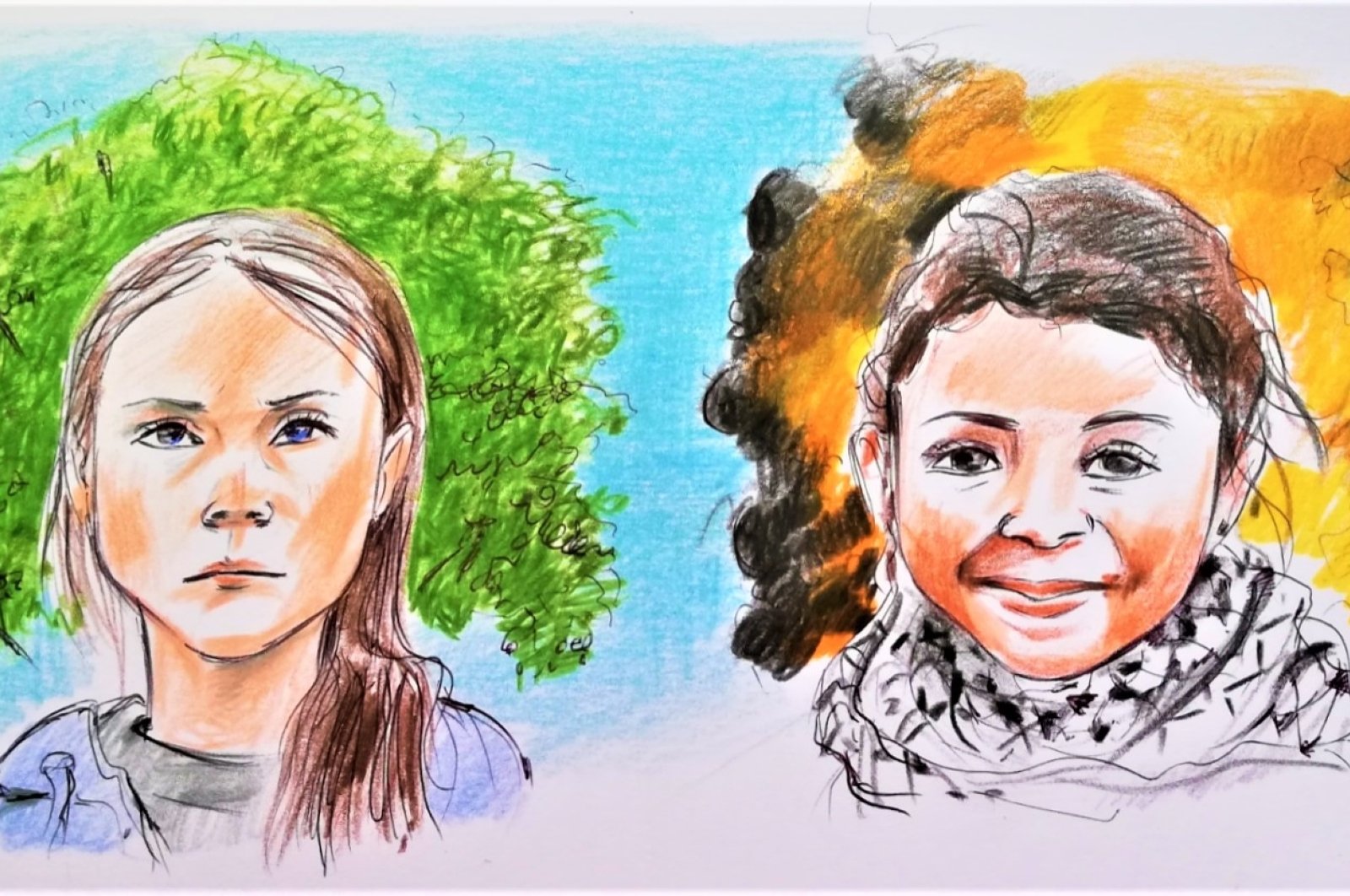 Muslim writer Emine Secerovic Kaslı, who witnessed the genocide committed by the Serbian army in Bosnia as a child, explains: “During the Bosnian war, I used to think childishly and gullibly that the world did not know what we were going through; I believed otherwise they would have helped.”

A quarter of a century has passed since the genocide in the Balkans, in which thousands of civilians including children were brutally massacred. However, the world is the same.

Today, Israeli Prime Minister Benjamin Netanyahu's administration is dropping bombs on Palestinian children whether they are playing outside or hiding in the safety of their homes. The excuses given by Israelis for the crime they are committing against humanity are not important. They say the elders of the murdered children went to Al-Aqsa Mosque without permission during the holy month of Ramadan or that they fought with Israeli soldiers, etc. The result does not change.

According to the data of international human rights organizations, the number of children who died in the operation launched by the Israeli army against civilians in Palestinian cities has exceeded 50 and the whole world is aware of these atrocities being committed against innocent people.

Moreover, thanks to the opportunities provided by social media that were not available during the Bosnian genocide, what is happening in Palestine is streamed live and instantly reaches the world. In other words, it is in vain for the Israeli air force to hit the building of the press in Gaza.

However, the “modern world,” which has established a number of global organizations for children, does not interfere with the violent infringement of human rights of the Palestinian children that they closely witness.

Those who made themselves miserable wiping the tears Greta Thunberg shed for the environment, cannot even say stop to Tel Aviv, which has announced that the operations will continue for a while, openly declaring that more children will be killed. There are even countries such as Austria, which raised the Israeli flag over their parliament (then lowered it due to public reaction) to support the apartheid states' actions.

As you have seen, Netenyahu posted pictures of him in front of the fighter planes that kill Palestinian children on his Twitter account and later thanked the countries who applauded him for his Twitter update. Those states are namely; the U.S., Albania, Australia, Austria, Bosnia and Herzegovina, Brazil, Bulgaria, Canada, Colombia, Southern Cyprus, Czech Republic, Georgia, Germany, Guatemala, Honduras, Hungary, Italy, Lithuania, Moldova, the Netherlands, North Macedonia, Paraguay, Slovenia, Ukraine, and Uruguay.

Swedish activist Greta, who has been on the agenda since the age of 15, stated on her worldwide-celebrated birthday: “Thank you very much for all of the good wishes on my 18th birthday. Tonight you can find me at the neighborhood bar revealing all the dark secrets about the climate and school strike conspiracies. My evil masters will no longer be able to control me! I'm finally free!”

Greta, since now you are a free adult independent of “evil owners,” be a sister for your Palestinian siblings. Reveal the "dark secrets known to all" of those who constantly claim the lives of many children. At the very least, you can send your best wishes to the global organizations on behalf of the Palestinian children since they create headlines out of every word you say, right?

As you raise your voice for an uncontaminated future for children, many are currently fighting for their lives. I do not know if you are aware that this is a more urgent threat than climate change.

Dear Greta, perhaps you grew up more than we expected at the age of 18. Did you learn to overlook the atrocities being committed by some of these grown-ups that you said you were unmasking?