How to make Turkey return to path of democracy 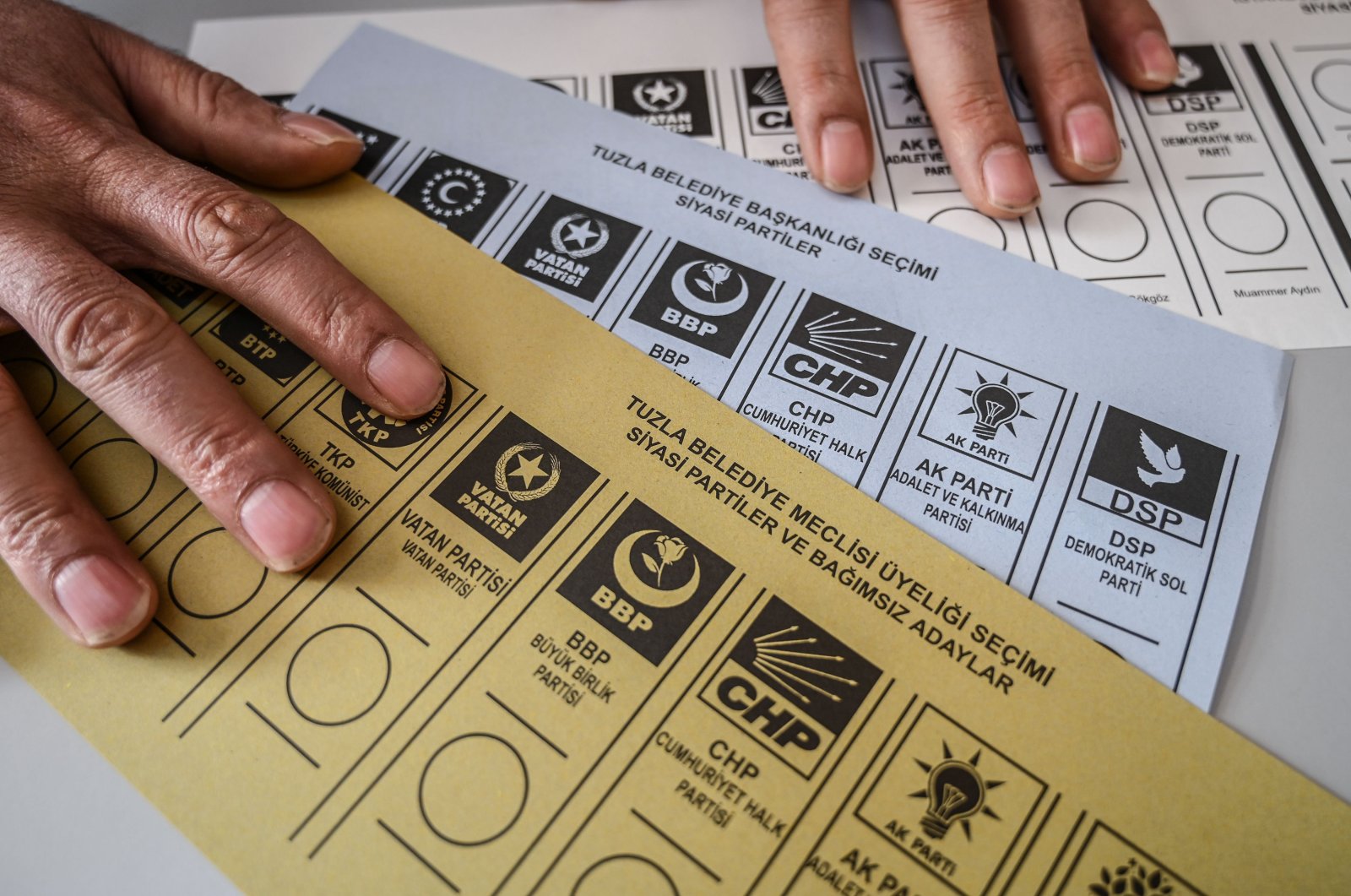 This file photo taken on March 31, 2019, shows an electoral official preparing the ballots during the local elections in Istanbul, Turkey. (AFP Photo)
by Hakkı Öcal Dec 27, 2021 12:05 am
RECOMMENDED

Critics all start by mentioning "Turkey's authoritarian slide." Then they bring up the crucial factor: "concerns among Western allies," and how the United States and European Union are perplexed as to whether they should help the Turkish people restore their human rights. Because “President Recep Tayyip Erdoğan openly defies global human rights institutions like the Council of Europe and flatly rejects calls from allies like the United States to restore the rule of law and return to a path of democratization.”

I am not joking! The statement can still be found on the website operated by the Project on Middle East Democracy (POMED), which recently held a webinar on “Supporting Democracy and Human Rights in Turkey.” The U.S. and Europe want to do more to help the “poor” Turkish people by preventing the further “deterioration of Turkey’s ties with key transatlantic democracies and institutions" while putting a stop to “the rise of nationalism in Turkish politics.”

These two trends force Western societies to support Turkish civil society. On top of that, Turkey’s “worsening economic crisis and growing political uncertainty” make the task of supporting democracy and human rights very difficult. So, a list of participants was put together for this webinar to propose ways to prevent Turkey’s drift towards authoritarianism. The moderator of this online seminar was Amy Hawthorne, whom you may know from her famous prediction that whoever wins Istanbul, wins Turkey, thus positing that President Recep Tayyip Erdoğan will lose the forthcoming elections. She also supported former President Donald Trump’s son-in-law Jared Kushner when he suggested Arab countries collectively intervene to help Palestinians after noticing Palestine's inability to democratically manage the country.

The basic definition of a “decline of democracy” should be based on democratic backsliding and a gradual decline in the quality of democracy. Should it not? Then what possible argument could Hawthorne make to support the notion of the “decline of democracy” that she proposed in her opening statement in that seminar? Can she list one instance of a postponed or disregarded election? Does she have one example of an administrative order to close down a political party? She says Turkey's friends are tired and pessimistic about democracy in the country. The feeling appears to be mutual given the whole world's concern about the future of democracy in the U.S., especially after the Trumpian storming of Congress on Jan. 6. There was a similar event in Turkey on July 15, 2016, when a group of putschists commandeered Turkish air force warplanes and bombarded Parliament; however, the government suppressed the coup bid and arrested all those involved. Everyone except one person: The coup’s leader, Fetullah Gülen, who has been provided a safe haven by Hawthorne’s country.

Since when does “the rise of nationalism” in a country’s politics degenerate its stability? Not once, but three times the former president of Hawthorne’s government openly threatened Turkey with economic destruction. Trump said that he would destroy Turkey overnight, economically and otherwise. Following this, in his first face-to-face talks with President Erdoğan, never mind destroying Turkey, Trump said he would withdraw all U.S. forces from Syria and ask Ankara to take over the mission. Nonetheless, a U.S. president – regardless of how incurious they may be – can have a deep influence on a nation's psyche and as a result, nationalist sentiments may be heightened. Also, Hawthorne’s favorite president, Mr. Joe Biden, made overthrowing Erdoğan's administration (through elections, thank God!) his No. 1 job. Any conscientious observer can understand why people nestle in their nationalistic values when they feel in danger.

But not Hawthorne! She continues to go on about Erdoğan’s autocratic ambitions as if she isn't aware that he was elected by 52% of the votes. This has nothing to do with personal ambitions; it is a constitutional amendment established by referendum. Whoever is elected to the position acquires the duties, rights and obligations that come with it.

Oh, the worsening economic conditions that the POMED moderator and contributors had pinned their hopes of an early election onto, elections that they hope (nay, they know) will eventually bring a "democratic coalition" to power to restore democracy in Turkey? Well, despite the efforts of so-called foreign investors and their domestic collaborators to destabilize the value of the Turkish currency, Erdoğan singlehandedly restored people's trust in the future of the Turkish economy and made the “economic worsening” disappear.

On restoring democracy in Turkey with the help of five dissimilar political parties and groups: the seminar had three young Turkish people as contributors. They look too young to know recent Turkish political history. Between June 1997 and January 1999, Turkey had a similar period, with a three-way coalition government run by nationalists, progressives and conservatives. Not only did it last just 550 days, it was marred by five major political crises, six major economic crises, half of the cabinet ministers were replaced during its term and it left the government in disgrace. (Eventually, its prime minister died heartbroken!) One wonders how those young people who can barely get a job in Turkey with their academic backgrounds find the courage to chime in on the future of Turkish politics?

There are "Turkey experts" in foreign think-tanks, who agree with one another so mindlessly that they create a cult-like following amongst themselves, and ingratiate themselves with their group members and respective governments. The result? Not a single piece of scientific analysis to come from Western academia on the region. Their ethnic identities and political orientation skewed their observations and their reasoning. Take this POMED seminar for example – try to look at it from a U.S. policymaker’s perspective. How sound can its political conclusions be if what was prophesized has been disproven in less than a week?