'I can't breathe,' neither can the world 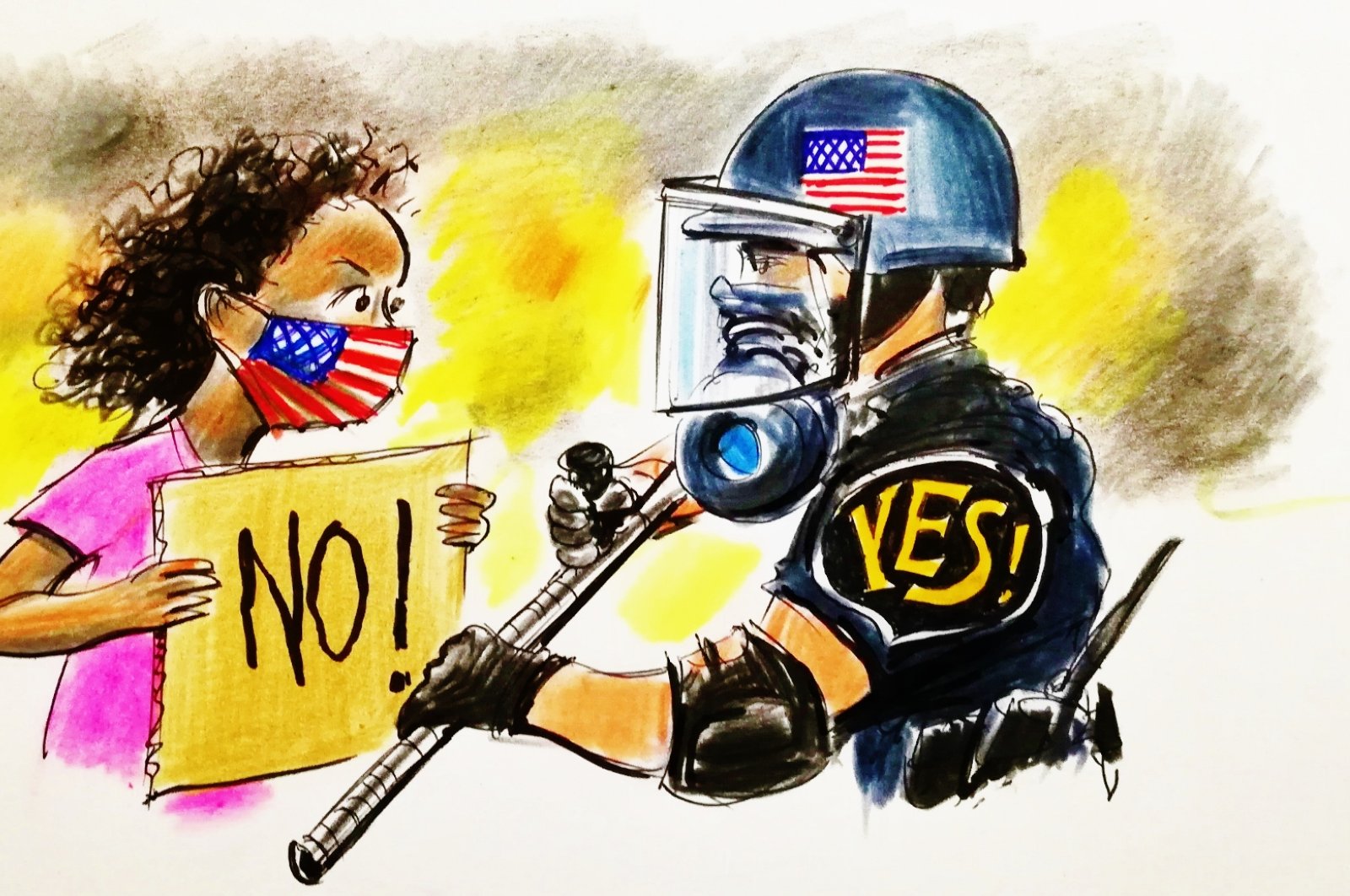 In the last few days, some of the commentators started to argue that the chaos and the violence in some of the American cities after the death of George Floyd is reminiscent of the anarchy in the streets of Gotham City. Both in the sequels of "Batman" and in the movie "Joker," Gotham represents a decaying city with social unrest and frequent riots.

The government had a hard time challenging the unruliness and in restoring order in the city. Gotham City was a stereotypical disorderly city, having all forms of cliches that those cities are expected to have, including burning cars on the streets and looting businesses in the downtown.

It is not surprising to see that those who see similar video recordings and photos from the streets of major cities in the U.S. started to draw parallels with Gotham City. However, it is a highly incomplete portrayal of what is going on in the U.S. The problem that the U.S. is facing is more complicated. Explaining it necessitates more than a movie analogy.

When the video recording of George Floyd’s last moments started to circulate on social media, for many of the viewers it was a familiar scene. Six years ago another African American man, Eric Garner, lost his life in New York during a police arrest. His last words were not so much different than Floyd’s. Garner was also telling the police officers that he can’t breathe.

Since then “I can’t breathe” has become a rallying cry for the African Americans in the U.S. When people hear the same words from Floyd, it definitely strikes a chord. In fact, since Garner’s death there have been numerous similar instances. Ahmaud Arbery, another African American man jogging on the street, was killed by a father and a son. The father and son, in fact, chased Arbery before shooting him, thinking that he had burglarized a home in the area.

In both Arbery and Floyd case, the video recorded by an onlooker demonstrated the true extent of the event. In the recent video, a police officer can be seen putting his knee on Floyd's neck, while Floyd is expressing the distress and pain. More significantly following Floyd's death, police officers were not arrested or detained immediately. The police officers were fired, but this was not considered sufficient given the loss of life. The charge and arrest of one of the police officers following public outcry did not cool the anger and frustration among the protesters.

Since then demonstrators have taken to the streets in major cities of the United States. In a very short period of time from Minneapolis, the epicenter of this crisis, it spread all over the country. For the first time since the assassination of Martin Luther King Jr., there have been such widespread and extended riots in the country. The protesters, on the one hand, are trying to raise their voice and prevent another killing by police officers.

Some protesters are trying to set themselves apart from those who damaged property and inflicted senseless violence on the cities and businesses. They are trying to ensure that their message does not get lost in translation as social media and news coverage on television focus on the looting and violence instead of the actual cause of the protests that generated much pain and suffering among the communities.

The search for justice of the people on the streets needs to be well heard by the U.S. government and responsible stakeholders. “We heard you loud and clear” should not be a tactical and rhetorical attempt to stop the protests. What needs to be heard in this case is the injustice that ignites a flame in the heart of major cities of the U.S time and again.

There should be a meaningful conversation about the real nature of the problem that poisons the communities and that makes them susceptible to so many unfair consequences. The conversation should aim to bring some changes, real changes that will provide opportunities to the disadvantaged communities and give them a chance to turn their lives around and make positive contributions to the country.