In Libya and elsewhere, instability is as dangerous as a pandemic 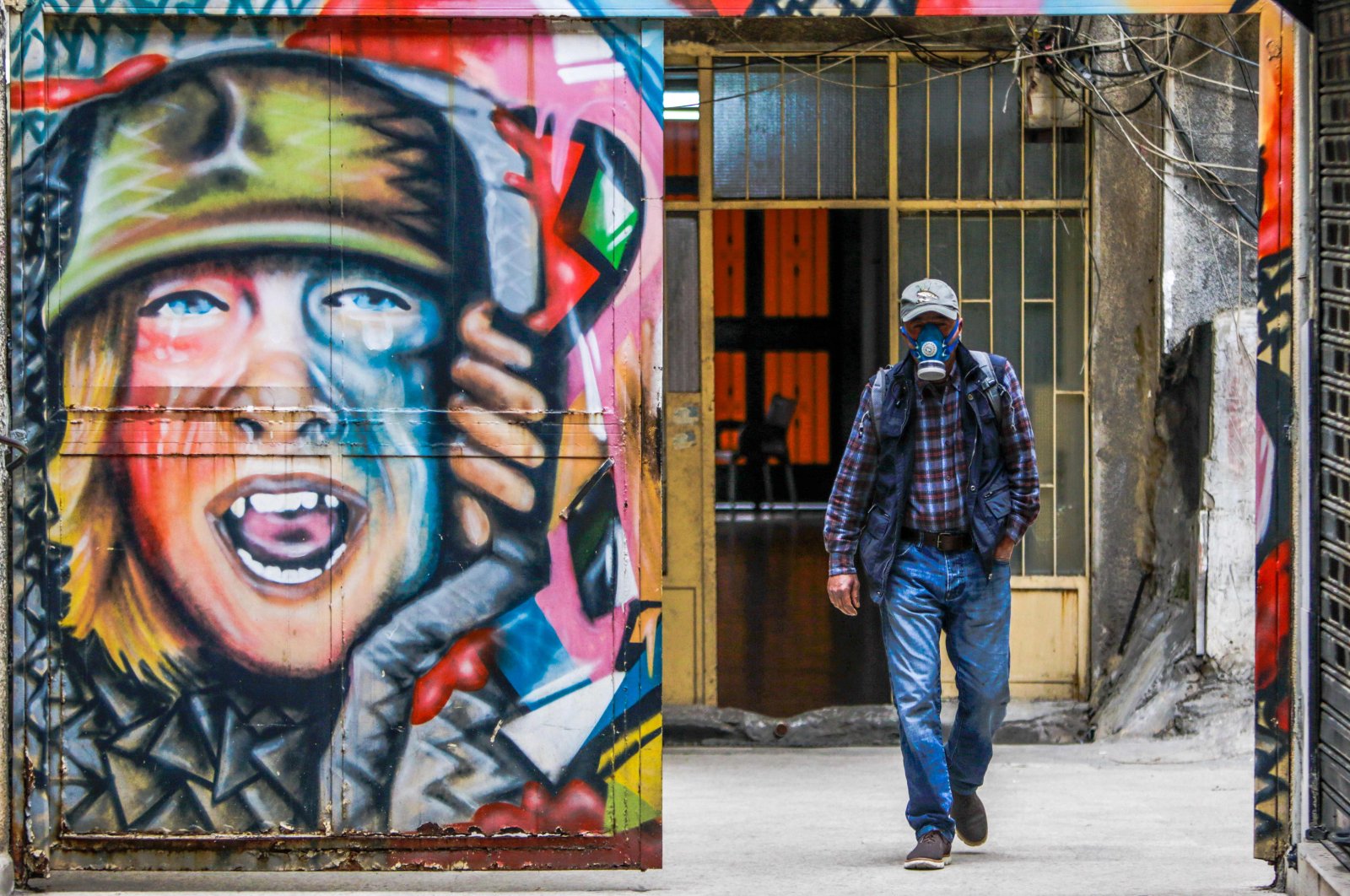 A man, wearing facial gas mask as part of health safety measures related to the spread of COVID-19, walks past a graffiti in the northern port city of Tripoli, Monday, March 16, 2020. (AFP Photo)
by Yahya Bostan Mar 23, 2020 12:05 am
RECOMMENDED

The world is fixated on the coronavirus pandemic. The total number of confirmed cases cleared the 300,000 threshold over the weekend, as the death toll soared to a whopping 13,000. There are no two ways about it – humanity is going through a difficult time. With the COVID-19 vaccine still under development, countries are turning to palliative measures in the fight against the virus.

The pandemic’s Phase 1 played out in China, where the virus emerged and began its spread. In Phase 2, there was an uptick in the number of confirmed COVID-19 cases in Iran, Italy, and other European countries. We have now reached Phase 3, with countries like Turkey, which took extraordinary steps to successfully protect themselves from the pandemic, striving to keep the virus under control. The number of confirmed cases has skyrocketed in many places, as national governments look for ways to avoid becoming the next Italy.

Humanity will win this war, one way or another. The price we’ll have to pay, however, remains unknown. We panic because the virus is now on our streets. Yet the COVID-19, like so many pandemics over the years, will either die down or come under control.

There is another question that needs answering: Is the outbreak of instability, which hurts the world far more severely than COVID-19, costs hundreds of thousands of lives, displaces millions, and deprives ordinary people of proper education and adequate health care, less dangerous than the coronavirus?

This other, much more dangerous pandemic, has been going on for decades. Each day, it targets a new country – weakening it, draining its resources, displacing its citizens, creating new waves of irregular migration towards the world’s developed nations. Iraq, Afghanistan, Iran, Syria and, most recently, Libya have suffered this fate.

Warlord Khalifa Haftar’s forces continue to violate an internationally-brokered cease-fire and deliberately target civilians. Had it not been for the U.N. Support Mission in Libya, or UNSMIL, the world may never have heard of this fresh atrocity: Four women, between the ages of 14 and 20, and an 11-year-old child have been injured in an indiscriminate shelling in Ain Zara, a town in Libya’s Tripoli district. The U.N. strongly condemned the attack.

As U.N. officials point out, Haftar’s forces have ignored repeated calls for a cease-fire, intensifying their destabilizing assault on Libya’s internationally recognized, legitimate government. The international community needs to stop this conflict without further delay since each fresh attack further weakens that country and threatens to spread instability to neighboring countries and the European Union.

In the face of this indisputable fact, the world’s self-proclaimed leaders are doing little to help. The U.S. seems to have finally made up its mind after years of confusion and inaction. The Trump administration, with notable encouragement from a new team at the U.S. Department of State, has decided to cooperate with the internationally recognized Government of National Accord (GNA). Still, Washington remains reluctant to take concrete action to tip the scales in Libya, as it did in Syria.

All European governments, with the exception of France, have a negative view of Khalifa Haftar. Yet the French government’s complicity in Haftar’s coup attempt tests Europe’s resolve, as France and Germany disagree on the enforcement of the U.N. arms embargo on Libya. Emmanuel Macron’s government wants European officials to seize weapons, whereas Germany wants to limit the EU’s mission to monitor the situation. After all, Berlin sees that the French proposal would weaken the GNA against Haftar’s forces, who receive weapons, ammunition and supplies from, and via, neighboring Egypt.

Some European officials are inclined to see the situation in Libya as a mere power struggle. Ironically, they are making the same mistakes that turned the coronavirus into the pandemic it is today: They are doing too little, too late. If Haftar gains the upper hand in Libya, the resulting instability will mean more refugees, more uncertainty and more vulnerability to Russian blackmail for the EU.