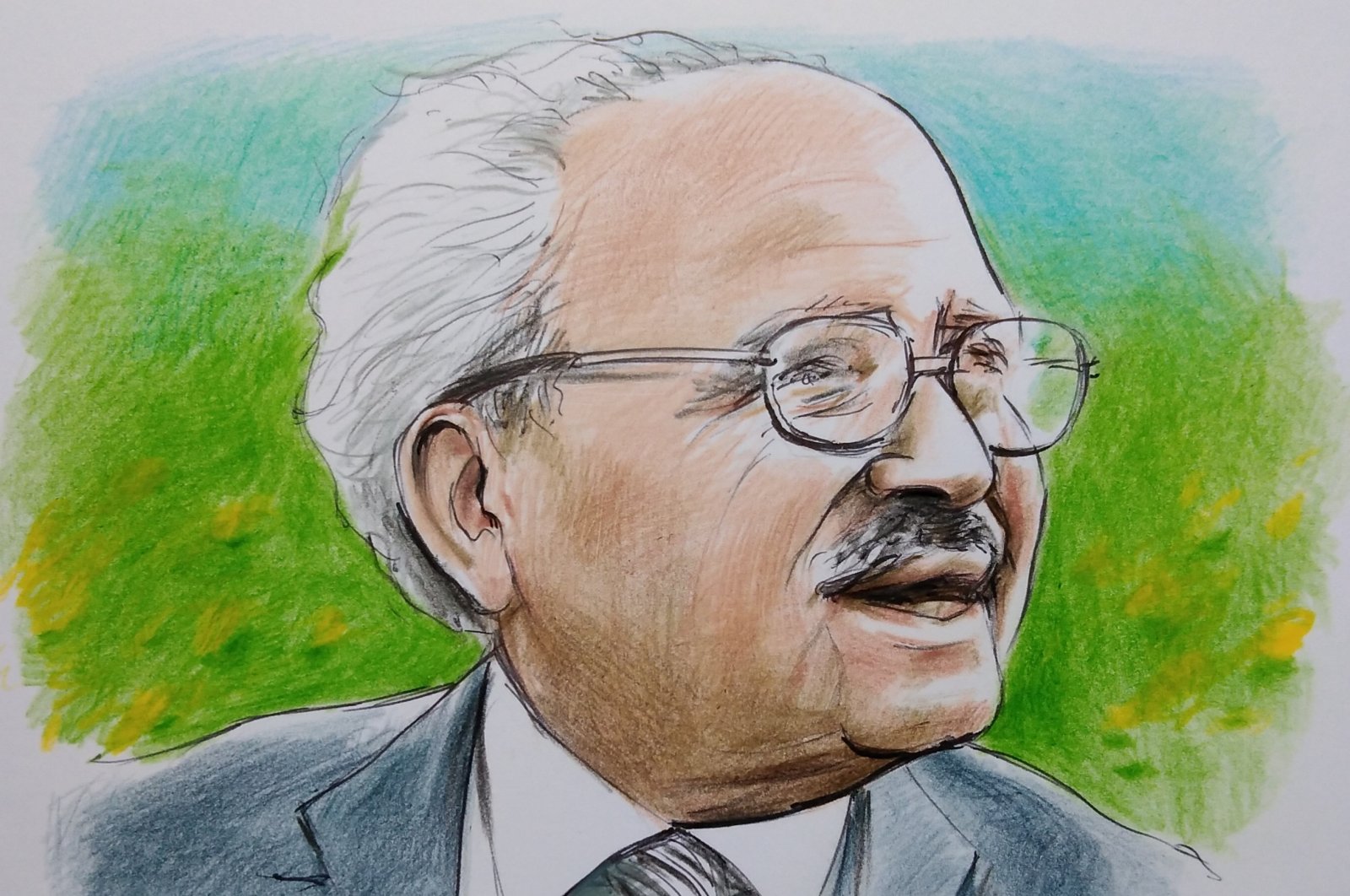 Sezai Karakoç, acclaimed poet and thinker, died at the age of 88 on Nov. 16. All deaths are a source of sorrow, however, the passing of loved ones or those with whom we identify inevitably shake us at a deeper level. One cannot help but experience the dilemma of knowing that our worldly existence is but temporary, as we undergo a test yet to be finished. That is how I felt upon receiving news of the death of Karakoç, whom I consider one of the great masters to shape my intellectual journey.

I became familiar with Karakoç’s thinking in the 1980s when I began to worry about Turkey’s fate. Calling for “resurrection,” he was an intellectual that gave his contemporaries and all Muslims the self-confidence they needed to develop a sense of struggle and lay claim to a new kind of universalism. The poet, whom I had the opportunity to meet as a high school student at the publishing house Diriliş, was a Sufi, whose simple lifestyle challenged the consuming conformism of everyday life. Promoting his idea of civilization, he, too, had devoted himself to the cause of resurrecting the Eastern peoples and the Islamic world. Karakoç led a life that blended art, thought and politics. He was among those who found guidance in prominent Turkish poet and writer of the country's national anthem Mehmet Akif Ersoy’s preoccupation with the fate of the nation and the ummah.

Karakoç has lived as the seventh son of the East “without searching for a place to settle” and he will be “at Şehzadebaşı before dawn” every single day. Today, I believe that the best way to pay my respects is to provide a summary of his philosophy in my column.

As one of the most prominent conservative thinkers of the Republican era, Karakoç’s works were centered around the concepts of “resurrection” and “civilization.” The former became nearly synonymous with his own thinking and inspired the names of his journal, publishing house and political party. He posited that “the resurrection of the civilization of truth” was the only way to salvage humanity, the Islamic world and Turkey. In truth, resurrection is a law of history: “Birth and death represent but two aspects of life. Resurrection, however, is the true life that emerges out of the union of birth and death.” According to Karakoç, Muslims must rid themselves of “nominal Muslimhood” and live up to their responsibility to bring together the goodness, beauty and truth of the East and the West within themselves to thus resurrect humanity and the civilization of truth.

Karakoç defined the second concept, civilization, as “a movement that people with certain ideals create by making great sacrifices.” Rejecting racist and materialist interpretations of civilization, he viewed it as a phenomenon encompassing all material and spiritual aspects of humanity. As such, he believed that the history of humanity was made up of interactions and struggles between various civilizations. The ideal of civilization, Karakoç warned, is not unique to Islam or the West: It is something that all of humanity has in common. That unaltered common ground, in turn, is the divine message that humanity shall one day remember. Indeed, humankind created civilization as it attempted to become what God wanted it to be. Stressing that this revelation was the essence of universalism, Karakoç argued that this understanding was going to facilitate the resurrection of the Islamic civilization and offer salvation to humanity. From his perspective, Islam was not about venturing into Arab thought, it was the common property of all humankind and represented the most perfect form of the civilization of truth dating back to the first human.

For the record, one could make the case that Karakoç’s talk of “Islamic civilization” has been the dominant view in Turkish pious circles since the late Ottoman period – with the notable exceptions of prominent intellectual Nurettin Topçu and poet Ismet Özel. The idea of Islamic civilization has since represented a synthesis of learning from the West and promoting Islamic values and institutions. It challenged the argument that the West was the only civilization, which the Kemalist Westernization project made. At the same time, it represented an alternative to Western modernity. Without a doubt, Karakoç made an unparallel achievement by turning that claim into a coherent theory centered around the idea of “resurrection.”

He may have passed away, but his ideas will most certainly inspire new acts of resurrection. May he rest in peace.