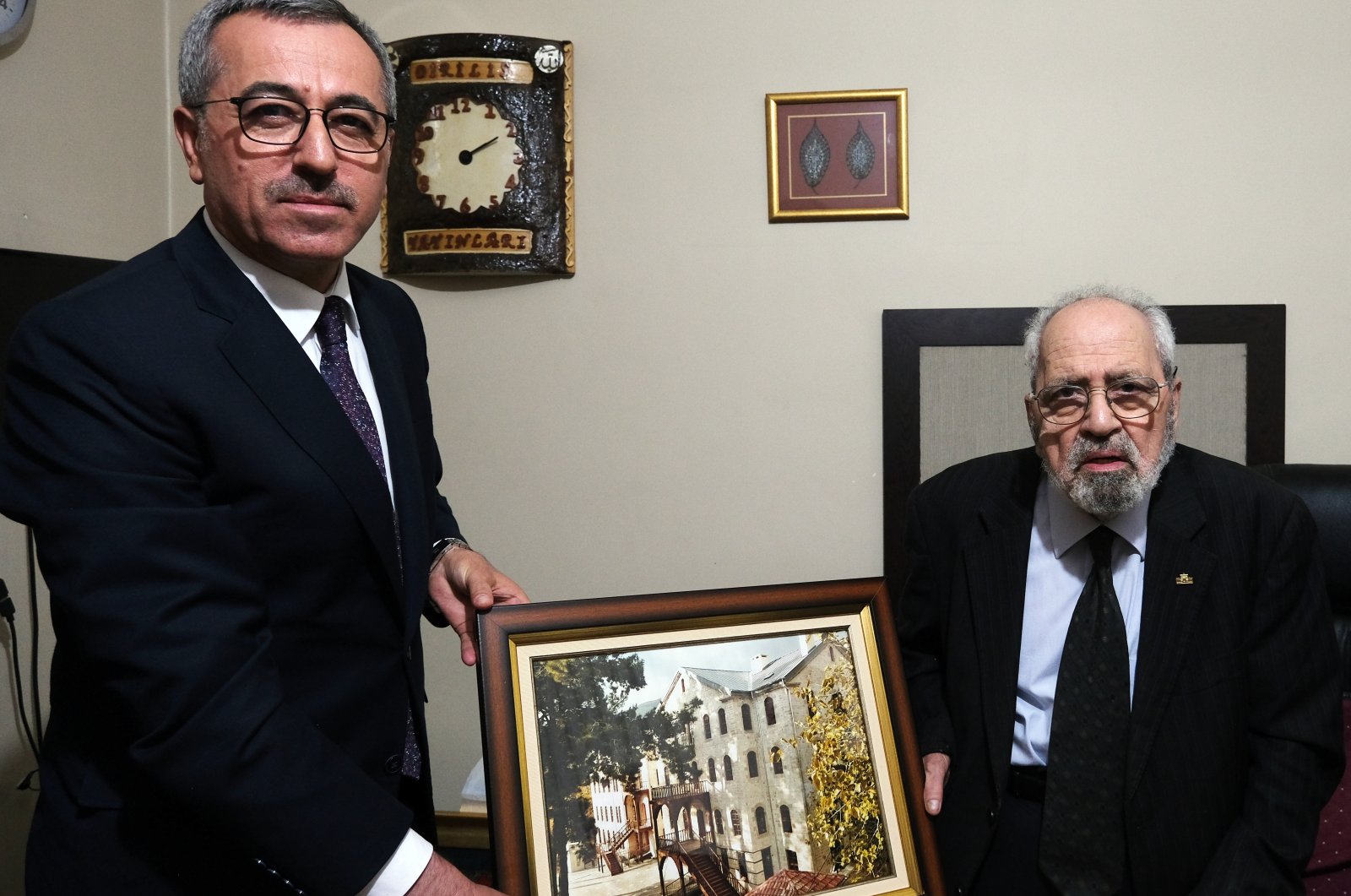 Karakoç, one of the pioneers of Turkish literature who aimed to bridge traditional Islamic beliefs and modern poetic techniques, passed away at the age of 88, wrote Presidential Spokesperson Ibrahim Kalın on Twitter.

"Üstad (Master) Sezai Karakoç has reached Allah's mercy, leaving behind an exemplary life, a strong fabric of ideas and a great literary legacy.

"May Allah make his resting place heaven, his rank high, and his soul happy," Kalın said.

Turkish President Recep Tayyip Erdoğan also said he was deeply saddened by the passing of the "Poet of Resurrection," describing him as a greater thinker in the world of literature and thought "who guided generations with his ideas."

"I offer my condolences to his family, fans and our nation," Erdoğan said on Twitter.

Karakoç was born on Jan. 22, 1933, in Turkey's southeastern province of Diyarbakır. His father was a merchant captured by the Russians while fighting on the Caucasus front in World War I.

Spending his childhood in Diyarbakır, he went to secondary school in the southern Turkish province of Kahramanmaraş and attended high school in Gaziantep province.

With a keen interest in literature, Karakoç was introduced to Western classics during his high school years. He read Western and Eastern classic literature before joining Ankara University to study political science.

While awaiting the results of the university entrance exam, he met prominent Turkish poet and thinker Necip Fazıl Kısakürek, who had a huge influence on him. Besides higher education in the 1950s, Karakoç worked at the Büyük Doğu magazine, a conservative political publication founded by Kısakürek, and shaped the thinking of many generations.

He graduated from the university in 1955 and started working at Turkey's Finance Ministry.

Starting in December 1963, he wrote daily articles for national newspapers, including Yeni Istiklal, Yeni Istanbul and Sabah newspaper in Babıali, the capital of Turkish media at the time.

Karakoç later resigned from the ministry to devote more time to his literary studies. He wrote "Mona Rosa," which became one of the most famous poems about love in Turkish literature.

In 1990, he founded the Diriliş Party (Resurrection Party) to realize the world he depicted in his poetry and writings.

He was awarded Turkey's Presidential Culture and Arts Award in 2011.