India and Australia as mine mules 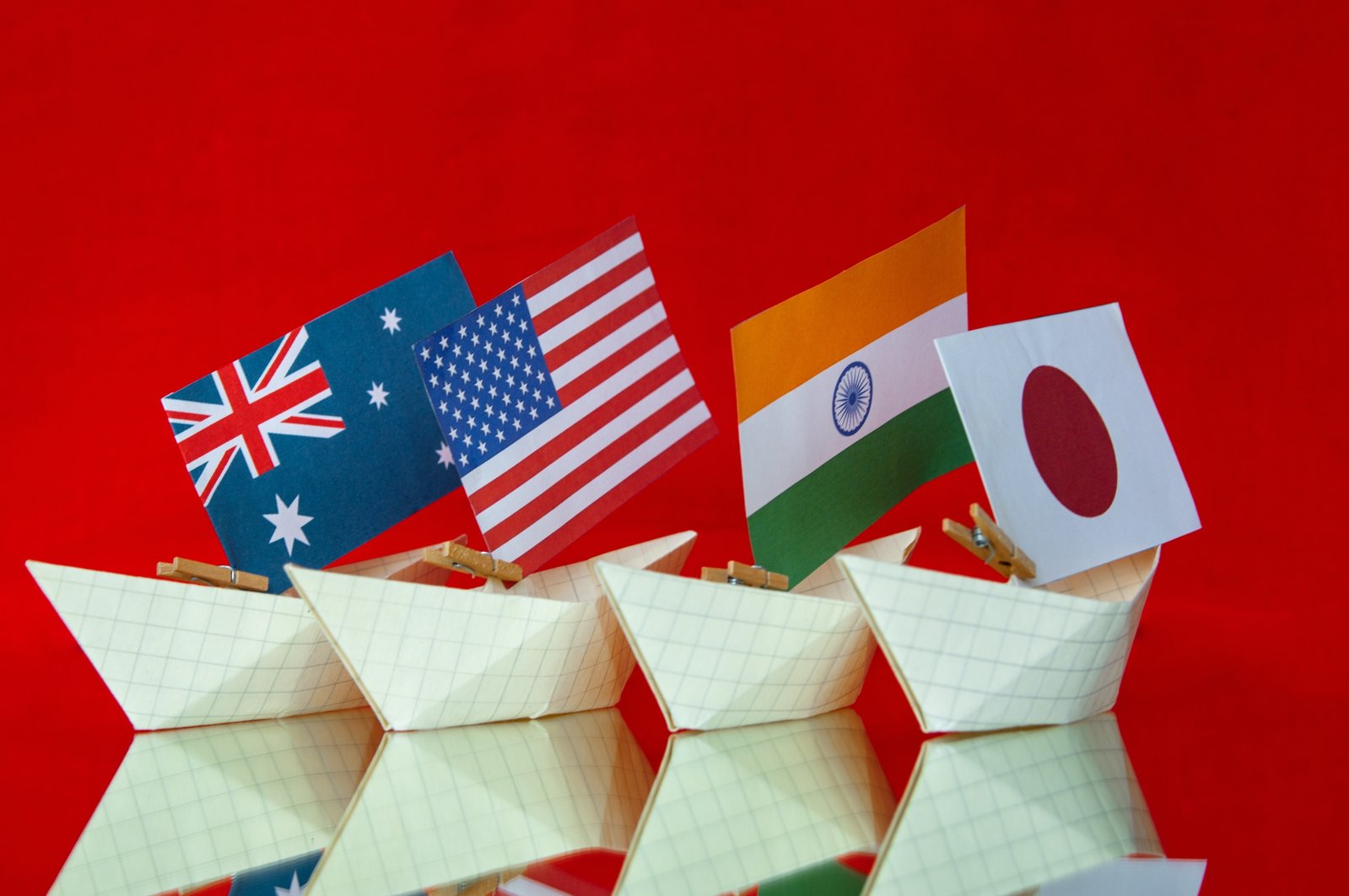 The flags of Australia, the United States, Japan and India are pictured in a reference to the new military alliance and security pact between the countries, called the Quad. (Photo by Shutterstock)
by Hakkı Öcal Nov 22, 2021 12:05 am
RECOMMENDED

India has been touting for years that it has found ways to become self-reliant in defense, even if it harms its relations with the West. Since the day he became prime minister, Narendra Modi has had two priorities: to prevent Muslims from consuming veal and for defense exports to flourish. Only two years ago, he proudly announced that his five-year program had reached its target and India was exporting a record number of weapons. It was not among the top five weapon exporters, but it was making money! If we don’t count the $5.5 billion he paid to Russian President Vladimir Putin for the S-400 Triumph air defense system, Modi could be even considered in the black.

But since mid-January, Modi has been pushing the boat out, as they say... He loosened his purse strings and began throwing money around. By strange coincidence, around the same time, Australia, which had projected its military power first in 1915 against the Ottoman Empire and last in 2003 during the invasion of Iraq, started buying military equipment that could be used only in an offensive war. India is not declaring the reason for its rapid armament, but Australia is very open about it.

Professor Stan Grant Jr. of Charles Sturt University openly writes that Australia is on a collision course with China. Grant and many others are now busy digging through newspaper archives to prove that Australian Prime Minister Scott Morrison woke up one night and noticed the Red Menace, however, the country has been conscious of the possible danger of a Chinese invasion all along. Despite the fact that Mr. Morrison is not known for his keen interest in national issues (he took a long holiday when one-third of the country’s bushland was on fire), Australia's thinking began expressing their deep concerns about China. If the Chinese can claim a few islands known as the “Great Wall of Sand” in the Pacific Ocean, they could also claim Australia, the world's sixth-largest country. Who knows? So, Morrison, who was not even expecting to win the elections, rolled up his sleeves and started strengthening his Crocodile Dundee skills.

According to Grant, “the prime minister was right: we are living in a poorer and more dangerous world." His answer to the question of why it had taken Australia so long to wake up to this is as follows: "The coronavirus crisis has brought into sharper focus our global vulnerability and volatility.”

While we mere mortals may struggle to comprehend the relationship between a viral epidemic and shopping spree in American submarine markets, a university professor does not: “Historian Graham Allison says this power shift has played out 16 times over the past 500 years – and on 12 occasions, it has ended in war. Yet, time again we fail to heed history's lesson.”

If you don’t see the relationship between buying nuclear submarine fleets from the United States and the valuable history lesson that the Australian government is heeding now, you are not alone. Neither do the Australian people. Buying a few French subs in exchange for veal and agricultural produce is one thing, but this sudden armament thought to be putting you on a collision course with the world’s second-largest military force is another thing entirely. Australia has traditionally been a country that only asks “how high?” before jumping at the snap of a Yank or Tommy's fingers, but this unexpected desire to jump the gun and buy American weapons was so unusual that the Australian opposition began questioning the government’s actions. Australians are good at that: The parliamentary opposition and citizen groups proved that the country’s participation in George W. Bush’s 2003 invasion of Iraq was illegal, resulting in the government having to compensate conscripted soldiers.

Indian people have been busy recently trying to make Modi take back the agricultural laws. The prime minister who successfully put 60% of the people in the world's most populous country on the warpath throughout the last year also put his country on a warpath with China. India joined the Quadrilateral Security Dialogue (known as the Quad), a strategic dialogue between the U.S., India, Japan and Australia, however, it has shunned its meetings since 2005. As a result, the Quad turned into “the Trilateral Strategic Dialogue” between the U.S., Japan and Australia. Several U.S. generals said that U.S.-India defense agreements were lucrative for U.S. defense industries, however many Indian politicians opposed increased U.S. military cooperation. Political analysts viewed the U.S. presence in Iraq and its hostility towards Iran as attempts to encircle China.

Armies began laying land mines on the border areas in the early 19th century; in response, opposing armies started driving mules and donkeys in the suspected strips, hence the military term: “mine mules” or “mine asses.” If the poor animals stepped on a mine, it was in sacrifice for the soldiers who would later clear the area and keep marching.

What actually motivated the moves by the U.S. and British leaders – removing France from the Indo-Pacific equation as India and Australia's arms supplier, reconvening the long-neglected Quad meetings and making India and Australia paint their proverbial faces with war colors – was the prospect of destabilizing Asian peace. Greece and India have now become permanent bases hosting U.S. naval vessels and tanks.

The 19th-century mine mules and asses would at least be fed by the soldiers who employed them. In the 21st century, the prospective mules to be employed against China are paying for their arms and submarines themselves.