Is Boris Johnson scared or scaring others? 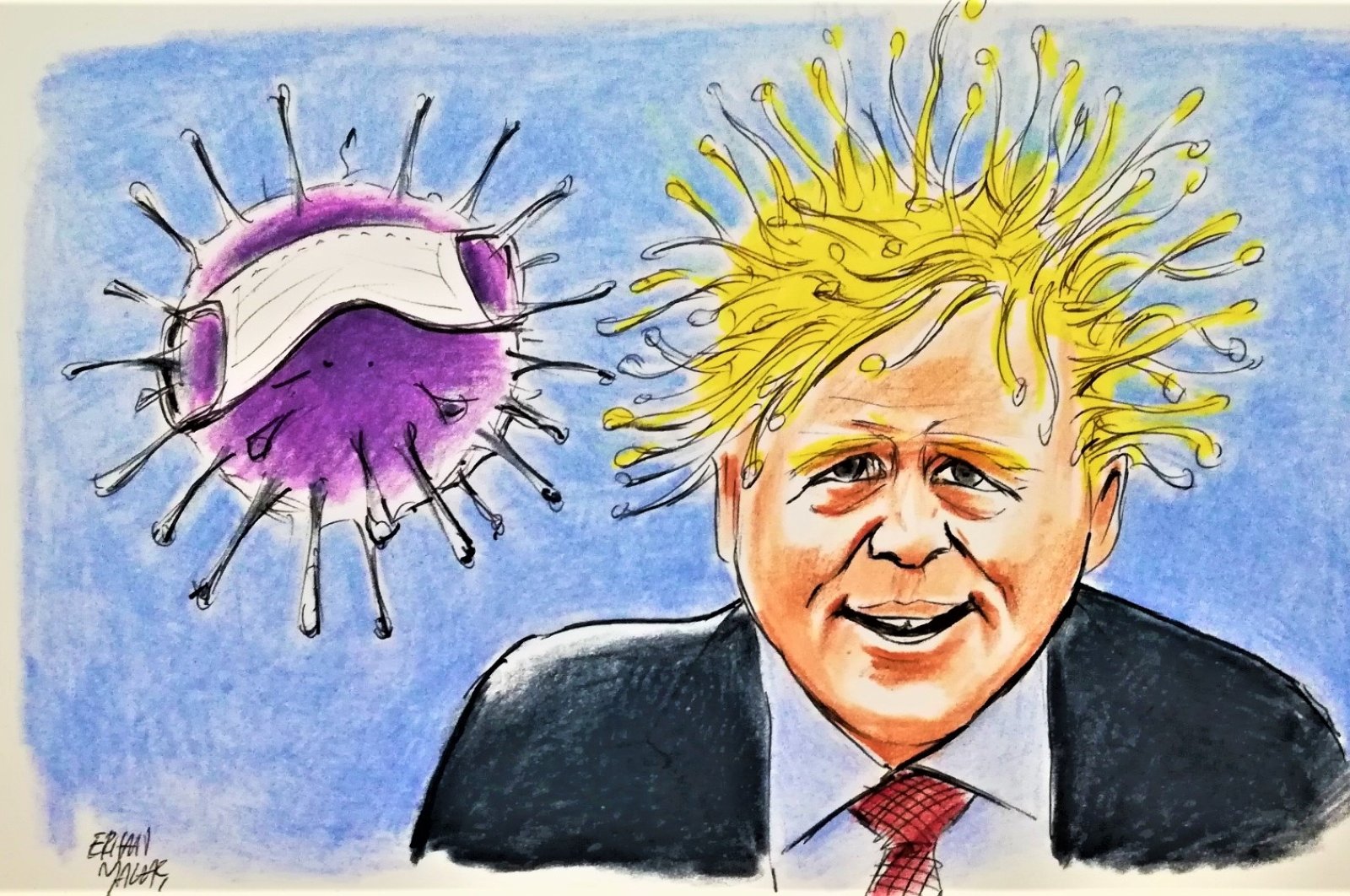 British Prime Minister Boris Johnson's recent statement following a meeting with the members of his Cabinet sparked panic around the world. He said a new variant of the coronavirus (SARS-CoV-2) was spreading more rapidly despite measures taken in and around London.

These remarks caused quite a stir. As a result of the allegations about the mutated virus, the positive atmosphere, created by promising vaccine trials in the world public opinion, was replaced by pessimism.

The U.K., which just emerged from a monthlong national lockdown, announced new isolation measures while the EU held an extraordinary meeting. Meanwhile, many countries, from Saudi Arabia to Chile, banned travel and Turkey temporarily suspended flights from four countries.

Soon, the new variant of the virus was given the name SARS-CoV-2 VUI 202012/01, which appears a little like the name Elon Musk gave his son.

"In the past few days, there have been reports of new variants in South Africa and the U.K. Viruses mutate over time; that's natural and expected," said World Health Organization (WHO) Director-General Tedros Adhanom Ghebreyesus.

Associate professor Kaan Yılancıoğlu, the head of Üsküdar University's Biosafety Department, made some striking remarks on the mutation in question.

According to Yılancıoğlu, around 12,000 mutations of the virus have taken place since September, and of these, probably more than 4,000 are on the variant's spike protein, which is considered crucial. He added that the spike protein is a part of the virus that the vaccines are designed to develop monoclonal antibodies and drugs against. "Because it is an RNA virus, it will constantly mutate," he said.

In addition, Yılancıoğlu emphasized that although disaster concerns are being raised, the mutation paves the way for developments in our favor. "They are talking about three mutations, which scare us. But there is another mutation, an interesting one. A stop column. This is the part which the virus uses to trick immunity, but it has mutated here. It is a mutation against the virus. There has been such a mutation in Singapore before. About 300 parts were erased and as a result, the virus disappeared. Although there are disaster scenarios, this mutation may actually go in our favor," he added.

So, why have Johnson and his cabinet raised alarm about one particular mutation when thousands of others have been observed since September?

As you know, he was one of the first persons to have contracted coronavirus in the U.K., a country of 66 million people.

I wonder if the British prime minister is panicking because of this experience? Or is he?

There have been claims that this fear is being spread to delay the Brexit process, under the pretext of a state of emergency. Could this be the reason why he is resorting to the tactics of the academy and global mainstream media that have reduced the fight against coronavirus to intimidation from the very beginning?

Whatever the reason, this latest incident, described as an "absurd government theater," has gone down in history as the clearest indication that the pandemic was already more than a medical issue as it entered the realm of politics.