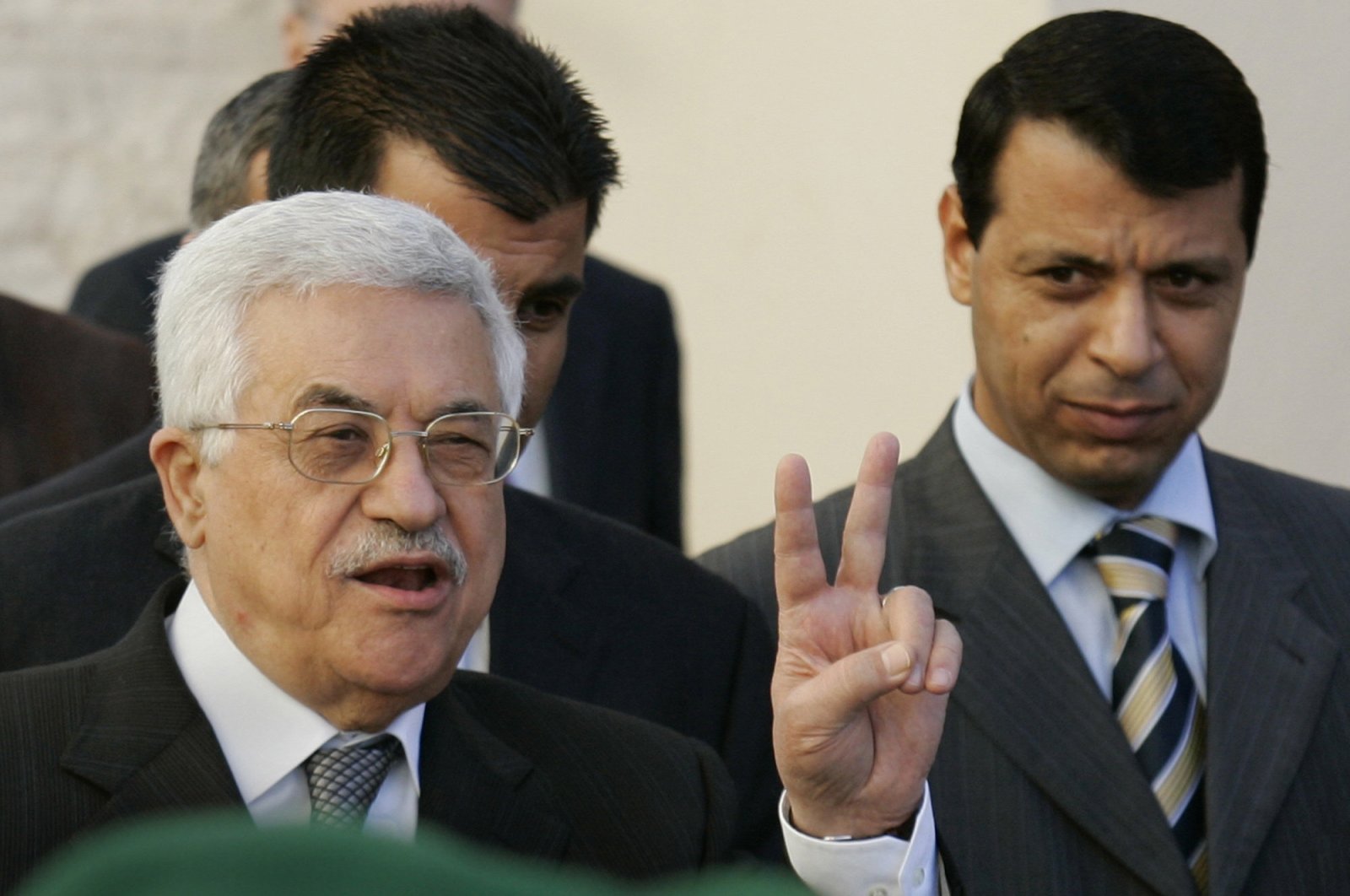 Right after Hamas and Fatah agreed to hold the first general Palestinian elections since 2006, we started to come across Palestinian strongman Mohammed Dahlan’s name as a potential replacement for President Mahmoud Abbas, especially in the pages of Israeli newspapers.

The Israel Hayom paper was the first to start circulating the news. A recent report in the paper said that there were elements within the U.S. administration in favor of supporting Dahlan to overthrow Abbas as Palestine’s president, quoting the U.S. Ambassador to Israel David Friedman who stated that Washington considered him as the next Palestinian Authority (PA) leader.

Friedman later insisted that he was misquoted, and Israel Hayom printed a retraction; however, the turmoil forced Dahlan to come out of the shadows. Dahlan responded by saying that no outside power could simply impose a leader on the Palestinian people and that legitimacy could flow only from open elections. It is doubtful the Palestinians believed his words as Dahlan has been an adviser to the crown prince of Abu Dhabi Mohammed bin Zayed (MBZ) for a long time and is known to have embraced the interests of the United Arab Emirates (UAE) in the region.

Dahlan, a former Fatah official, fled to the UAE after he was ousted from the group in 2011 following accusations of skimming tax revenues and corruption. Denying the charges, he remained a powerful figure on the sidelines, forging ties with the leaders of the Arab world. Once the head of the security and intelligence in the Palestine Liberation Organization (PLO), he is linked to many scandals and shady activities.

Dahlan was also in close contact with the CIA and Israel’s Shin Bet security service. A Wikileaks document revealed those links and his profile as an intimidating figure. He played a role in the confrontation with Hamas after it won the Palestinian elections in 2006, especially during the June 2007 CIA-backed, UAE-funded coup in Gaza, which backfired and led to the ejection of Fatah from the strip. For then-U.S. President George W. Bush, Dahlan was “our guy.” He was relocated to the West Bank, where he was still seen as an asset by the Israelis before he had to leave. It is also widely believed that he also had a hand in the mysterious death of iconic Palestinian leader Yasser Arafat.

Also known as the “hitman” of the Middle East, Dahlan was behind the 2013 coup d'etat in Egypt, which overthrew the country’s first democratically elected president, Mohammed Morsi, who was arbitrarily killed in prison in June 2019. He plotted to overthrow the internationally recognized Government of National Accord (GNA) in Tripoli and fueled the Libyan civil war on multiple occasions, according to reports. The “Sissi leaks” disclosed in 2015 revealed Dahlan's involvement in Libya. As a representative of the UAE, he promoted the counter-revolution in the Maghrebian country, which was led by Ahmed Gaddaf al-Dam until putschist Gen. Khalifa Haftar entered the scene. According to the leaks, the Egyptian coup leaders arranged a meeting between Dahlan and al-Dam to shake hands on the counter-revolution in Libya. A London-based law firm, Stoke and White, claimed in February that Dahlan was behind a series of murders in Yemen targeting civilians and politicians, saying that it has evidence.

He was quietly granted Serbian citizenship four years ago after a closed Cabinet meeting. Most probably it was because he had served Serbian “state interests” after investing billions of dollars in the Balkan nation. The UAE has used those investments in Serbia’s arms trade to distribute weapons throughout the Middle East acting as a proxy for Israel.

Moreover, Dahlan is considered by Ankara as a mercenary for the UAE and accused of being part of the 2016 coup attempt in Turkey. He is on Turkey’s most wanted criminals list as the Turkish government issued a red notice for Dahlan last year, placing a TL 4 million ($503,660) bounty on his head.

In Israel Hayom’s recent report, Friedman also implied that Israel would eventually continue with plans to illegally annex Palestinian territories, saying: “I think it will happen. It's a temporary suspension.”

When the UAE-Israeli normalization deal was announced, it was guaranteed that Israel was going to stop its annexation plans of parts of the occupied West Bank. In a short while, the Israeli prime minister said his plans, which were a key promise in the last election campaign, were still on the table. In protest of the UAE and Bahrain signing agreements to establish full diplomatic relations with Israel in Washington in September, Palestine gave up its chairmanship of the Arab League. Two gulf countries’ normalization decision has brought Fatah and Hamas, rivals for the leadership of the Palestinians, closer, and they agreed to go to the elections. Many Palestinian officials, as well as several Israeli-Arab relations experts, argue that Dahlan played a major role in the UAE-Israel normalization deal and Dahlan hasn’t denied it yet.

Perhaps the Israel Hayom newspaper really misquoted the U.S. ambassador’s words about Washington’s support for Dahlan. While there are speculations alleging that it could have been a mistake, it might also be intentional. These arguments might be true since some other Israeli newspapers, such as Jerusalem Post, continue to publish reports asking whether Dahlan is “the next Palestinian President in waiting” adding a “pretty moderate and sympathetic” profile of him. Are these reports aiming to gauge the public reaction to the candidacy of Dahlan or to make people get used to the idea? Experts whom I asked this question to simply say, “Why not?,” as intervening in an election for the sake of Israel would not be something new for the U.S. After all, Israel years ago planned for him to assume possible future control in the Gaza Strip. Today, he, as a Palestinian president, would perfectly suit Israel’s interests in the region.