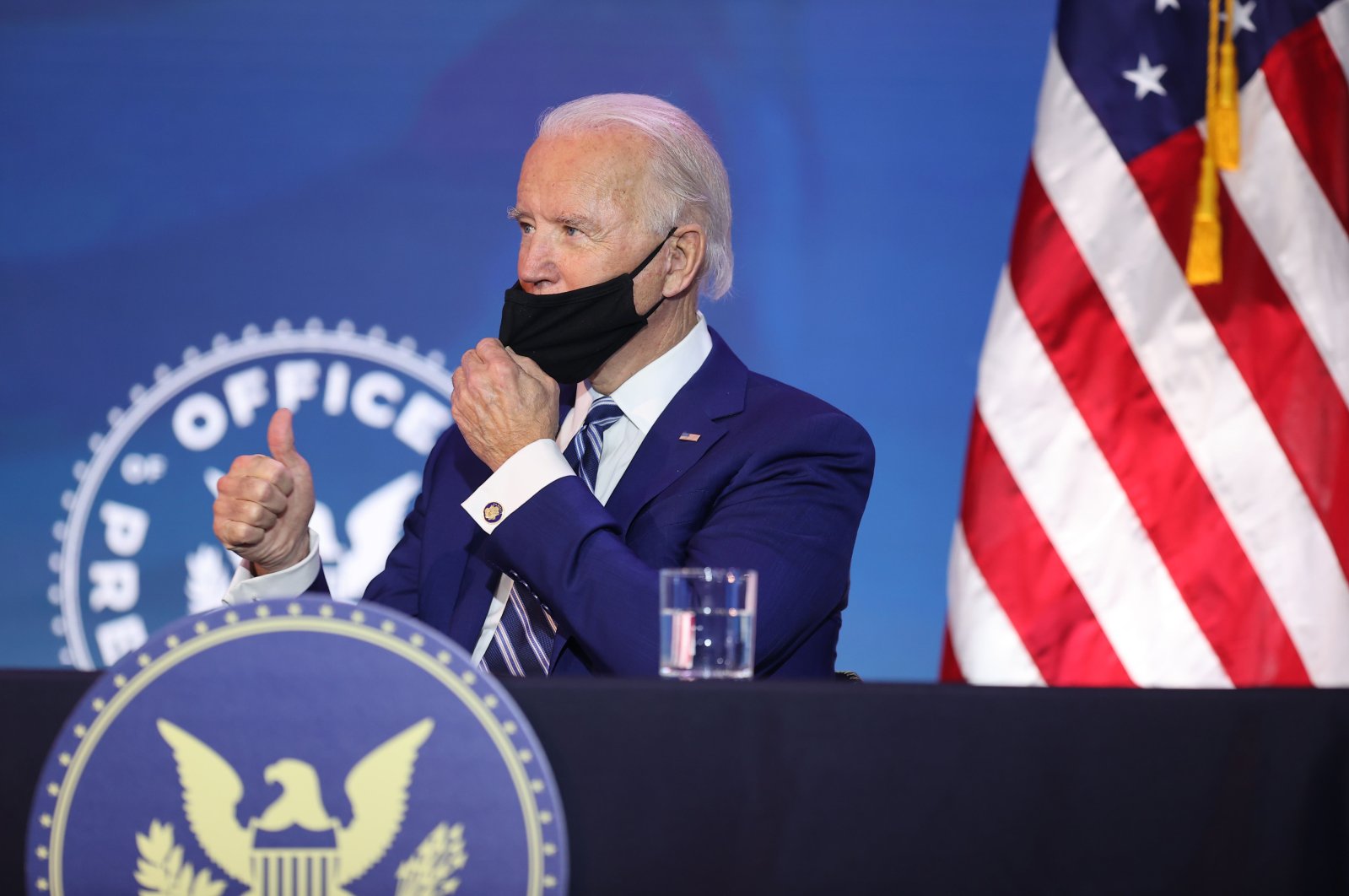 Today, the U.S. Electoral College, consisting of elected delegates to represent voters in each state, will decide on the next president and vice president, as well as an important state position.

If there is no historic surprise, Joe Biden and Kamala Harris will be elected president and vice president.

After it became clear Biden had won the presidential election, he made several statements to send out the message that "the boss is back." It was contrary to incumbent President Donald Trump's messages of alienating the United States from the "world gendarmerie."

However, the U.S., under former President Barack Obama, carried out 10 times more drone strikes compared with his predecessor George W. Bush. Therefore, whether the president is a Democrat or Republican should not create any false expectation on the U.S. tendency for military intervention.

Biden will undoubtedly strive for more peaceful solutions due to his apparent faith in multilateralism.

Two days before the recent assassination of Iran's top nuclear scientist Mohsen Fakhrizadeh, former Secretary of State Madeleine Albright had called on the U.S. to "not go back to the Obama-era nuclear deal." Now, the U.S. has confirmed that Israel was behind the attack and Biden has announced he would return to the nuclear deal.

Much like Israeli Prime Minister Benjamin Netanyahu's dangerous choices in the Middle East and the Trump-led toxic relationships, the assassination will further hamper reconciliation efforts and further increase the pressure on Iran.

The disruption caused by the United Arab Emirates' (UAE) Crown Prince Mohammad bin Zayed (MBZ) and Netanyahu will also lead to an unhealthy process for Turkey-U.S. relations. It is because Biden might receive information from U.S. officials, who acted hand in hand with the toxic duo of the Middle East, namely MBZ and Netanyahu.

It would be unfortunate if Biden's policies are determined by the plots of the Gülenist Terror Group (FETÖ), which poisoned the relations between the two countries and slandered the fact Turkey is the Atlantic Alliance's most trusted ally.

If the European Union, which is currently manipulated by France, Greece and the Greek Cypriot administration and the U.S., continues to miscalculate Turkey's contribution to the alliance, they will eventually regret it because Turkey's capabilities in production, trade, energy and defense offer a great opportunity for their partnership.

Once the pandemic is over, we will observe see some rapid developments and changes in these two areas, and the Regional Comprehensive Economic Partnership Agreement (RCEP), in particular, is a great case on point.

The increased influence of regionalization in Asia was the main inspiration behind the most comprehensive economic and commercial cooperation agreement between 10 South East Asian countries and China, South Korea, Japan, Australia and New Zealand.

While these developments point to the intensity of regionalization in global trade in Asia and Europe, the same rate drops to just 30% in North America, 18% in Latin America and 25% in Africa.

The dependence on foreign markets for America and Africa's global trade, together with the pandemic-induced risks, made procurement from the nearby geography even a higher priority.

This will accelerate a significant change that can increase Turkey's exports to North America, Latin America and Africa. It is important to open at least two or three Turkey Logistics Centers (TLM) in these three regions.

One of the most critical problems caused by the coronavirus pandemic is the foreign trade imbalance between the continents.

Before the pandemic, there was an acceptable difference between the continents in terms of export-import volume. So, countries were sending goods by container transportation with a reasonable difference in quantity. However, today, there is a large imbalance in container shipments due to the pandemic.

With the hygiene and safe trade rules getting stricter, the time spent to empty and send back a container has risen to 10 days. Europe, on the other hand, has focused on roads and railways.

The prolongation of time in shipping container transportation in maritime trade, which holds a large part of global trade and more importantly, the inability to find empty containers, increased the freight costs from $2,500 to $6,800.

However, this increase is not observed in the costs of Baltic dry cargo, i.e. bulk freight. It seems that prices would be largely normalized by spring. Having said that, we have a few expensive months ahead of us in terms of freight rates.