Last exit before the bridge in the pandemic 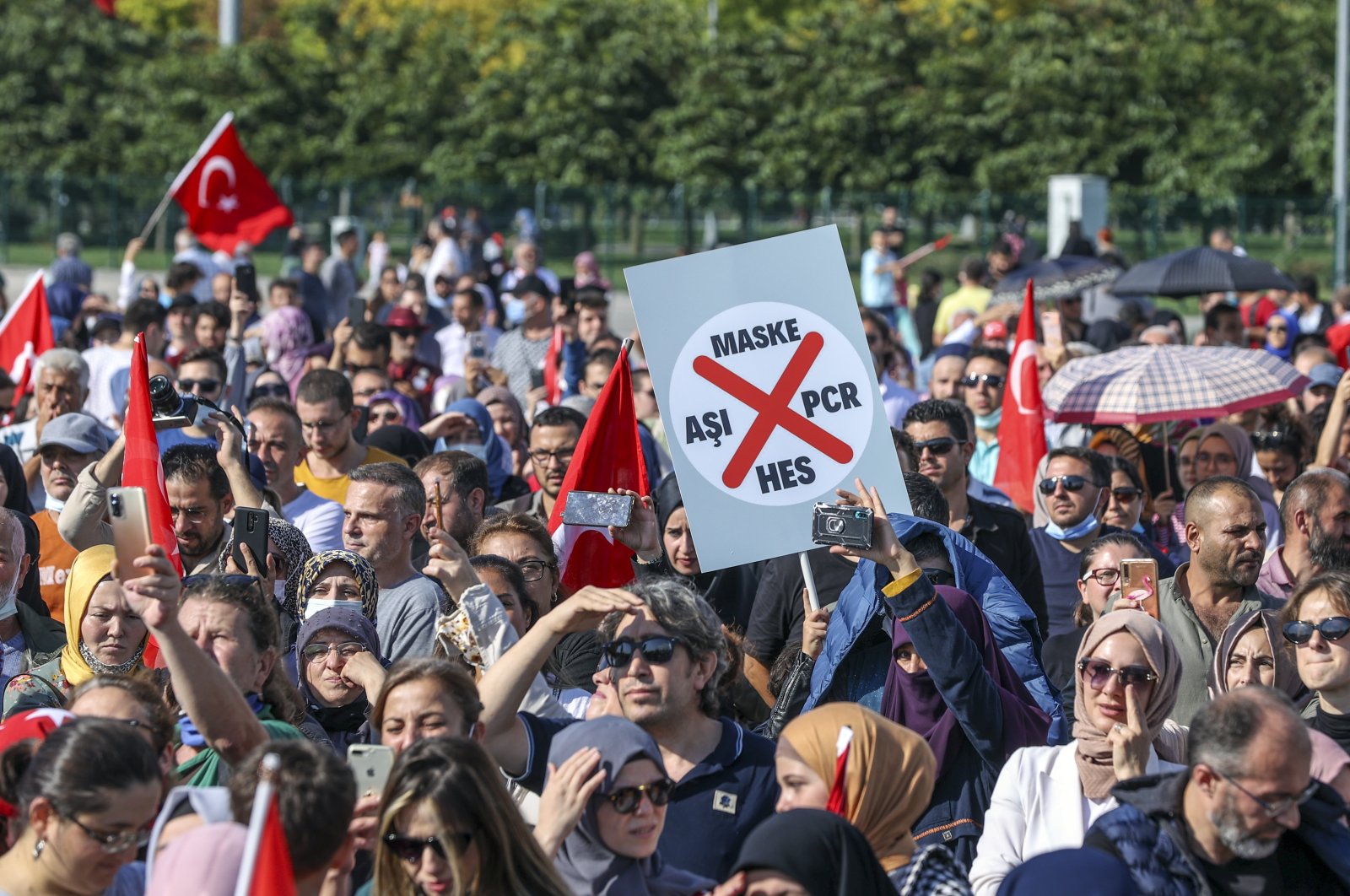 Why does it bother the authorities so much when a few thousand people gather to exercise their freedom of opinion and talk about being anti-vaccine?

Last weekend, a rally was held in Turkey attended by several thousand people who were there to protest the pandemic and isolation policies. The demonstrators were able to fill only a small part of the rally area in Maltepe, Istanbul, where hundreds of thousands could fit. Despite this, Turkey has been discussing them for days.

Why are you so bothered?

Media outlets and political parties, which are at opposite poles, have been demonizing in unison those who attended the rally. Adjectives such as “ignorant, bigoted, enemy of science and humanity” are flying in the air...

From those on the left wing to the right-wing, from the liberals to the religious, everyone says that this peaceful and civilized demonstration should not have been allowed from the beginning.

The gathering of 3-5,000 people – in a country of 84 million – who dared to say different things from the official discourse and the central media have been declared a threat to national security.

Because, as they say, the world was going through an "extraordinary period" ... Therefore, the rights regarding freedom of thought and expression in the Constitution could be suspended.

How familiar is that?

Of course, the thing I am describing is not unique to Turkey. During the pandemic, ideas other than the theses of the World Health Organization are covered by a systematic web of censorship repression.

I'm not just talking about newspapers and televisions ... Social media platforms, which set out to break the barriers to freedom of expression of conventional media controlled by states and monopolies, also became partners in the censorship.

The social media accounts of scientists, physicians, journalists and politicians who questioned the function of the pandemic and isolation measures have been severely limited. Although the heads of social media platforms deny all responsibility in the courts by saying, "We only create the platform for sharing," they have not hesitated to interfere with the content during the pandemic.

Liberal and fascist at the same time

Even circles that claim to be liberal enough to argue that 3 or 5-year-old children should determine their own sexual preferences are uniform in the matter of the pandemic. They accuse individuals of "deviance" who claim "My body is my decision" to oppose vaccine mandates.

It is no longer convincing to explain this global fascism and oppressive environment with the panic of people, institutions and the state apparatus in the face of a new virus.

Because we have enough experience to leave behind this state of rush, which we could have perhaps partially accepted in the first months of the pandemic.

What we need now is a cool-headed analysis of the process we left behind.

Distorting or hiding statistics to justify past choices is not a sustainable policy.

Defining, marginalizing and silencing patients, doctors in the field, scientists with different approaches and media actors categorically against vaccines does nothing but increase distrust.

This collective insanity, which reminds us of the Spanish Inquisition, shakes trust in science and medicine more than ever before, erodes the right to freedom of thought and expression gained over hundreds of years and leaves the individual even more vulnerable to the state, must end as soon as possible.

Otherwise, we will keep craving for the world of the pre-pandemic.