Life for Syrian refugees in Turkey 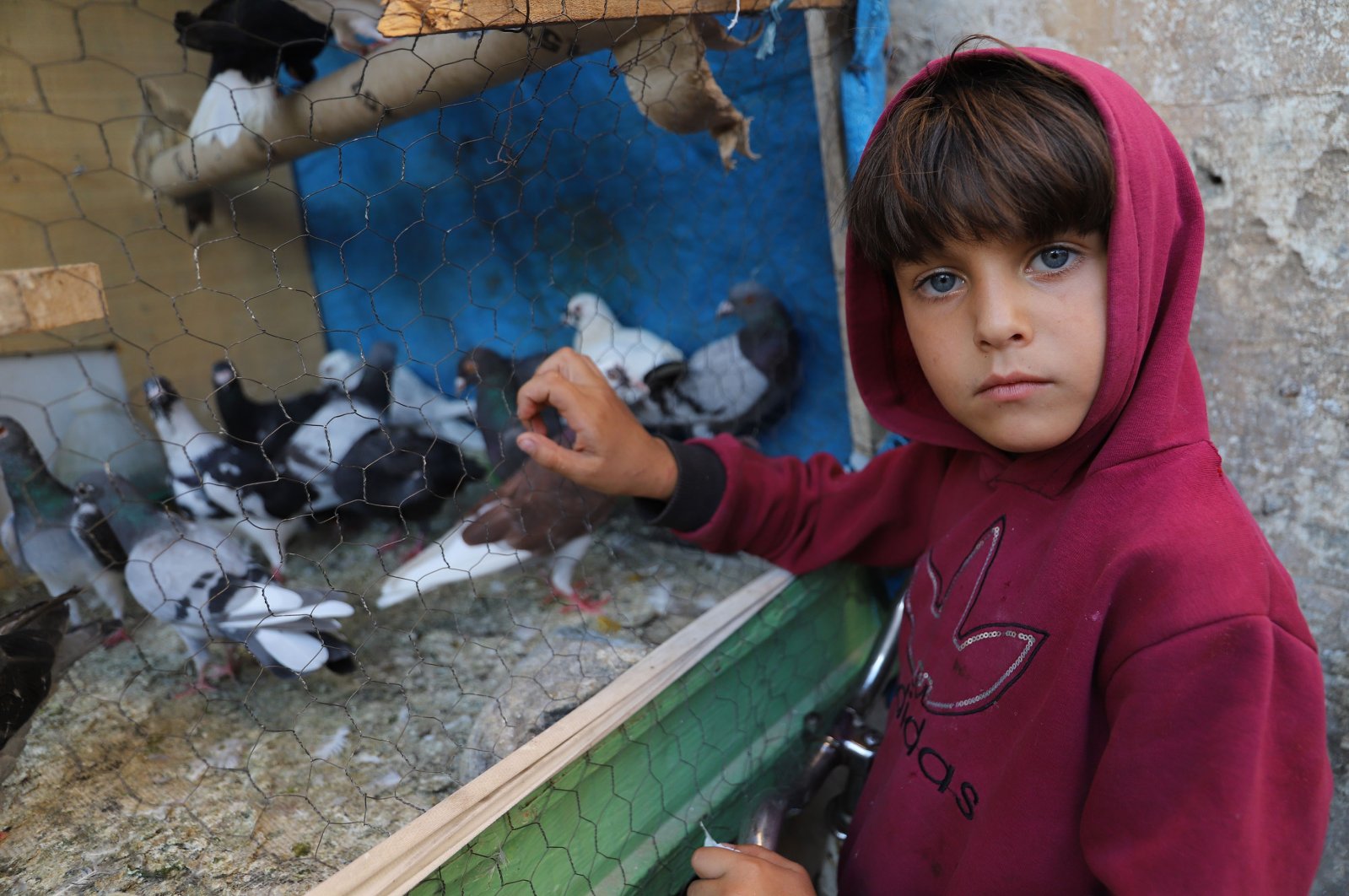 A Syrian boy, who fled his homeland with his family after the civil war erupted, poses by pigeons he feeds in the district of Fatih, Istanbul, Turkey, 2021. (Photo by Shutterstock)
by Nagehan Alçı Jan 08, 2022 12:05 am
RECOMMENDED

Currently, Turkey hosts around 4 million Syrians. The official number is around 3.7 million but it is claimed to be a little higher than that. Turkey has been a big brother to its Syrian friends. Since the civil war started, Ankara has been determined to fulfill its humane duty: giving shelter to people who were trying to survive. Over the course of 10 years, the issue became the principal refugee problem in the West, and while most of the European countries have had a very poor track record in accepting Syrian refugees, Turkey was always generous. Turkey today hosts by far the largest number of Syrian civilians.

However, in Turkey, the opposition parties have always objected to President Recep Tayyip Erdoğan’s hospitality towards those who were escaping from war. With economic problems increasing, the Syrian issue has become one of the top issues on the political agenda. Far-right politicians like Ümit Özdağ, former Good Party (IP) heavyweight who recently founded a pan-Turkist Victory Party (ZP), and Tanju Özcan, the Bolu mayor from the main opposition Republican People’s Party (CHP), are promising their voters to kick out the Syrians. They are openly demonizing the refugees and provoking the locals against them.

There already are many conspiracies about Syrians. They are believed to receive a salary from the government, to be prioritized in hospitals and to be easily given Turkish citizenship.

Are the rumors true?

I am one of the few columnists in Turkey who sees a benefit in the presence of Syrians. I believe in plurality and multiculturalism, and although there are adjustment problems and policy issues, the Syrians cannot be blamed for being here. However, many believe that they can go back home but prefer to stay because they are being paid by the Turkish government.

On Jan. 5, I went to the Syrian TV station based in Istanbul to meet its general director Mr. Hamza al-Mustafa and his staff and ask them all these questions. Is it true that they are paid by the Turkish government? Do they have priorities in hospitals? How is their life here in Istanbul? How do they feel about the negative thoughts and prejudices against them?

Here are some answers to these questions...

Let me begin with the widely believed assumption that the government pays them. Today, there are only 80,000 Syrians who live in camps; so the government takes care of 80,000 out of 3.7 million. That means 2.9 million Syrians or more according to informal numbers are living on their own. They are contributing to Turkish economy, have their own income and household.

In hospitals, those who have a transitory residence permit are treated like all the citizens bound to the Turkish public insurance system called Social Security Institution (SGK), so there is no priority concerning Syrians in hospitals.

It is widely believed that the Syrians can return home if they wished. However, only the northern part of the country is secure for them as it is the part where the Turkish military has conducted operations and secured. The province of Idlib, for example, where comparatively the conditions are OK, is one of them; however, this area is overpopulated. Before the civil war started, the population was around one to 1.5 million and now there are 4 million people living there because everyone who wanted to return went to this area. The cities of Damascus and Aleppo are under the control of the Bashar Assad regime. Aleppo is widely destroyed and lacks basic infrastructure and, in Damascus, they run a high risk of being arrested and even executed if they move back there.

I asked also about their lives here.

Nevertheless, although we have lived in the same city for more than 11 years, the contacts between us and them is very limited. I think this is the main reason why there are so many prejudices against the Syrians. We should make an effort to get to know them and understand their difficulties.