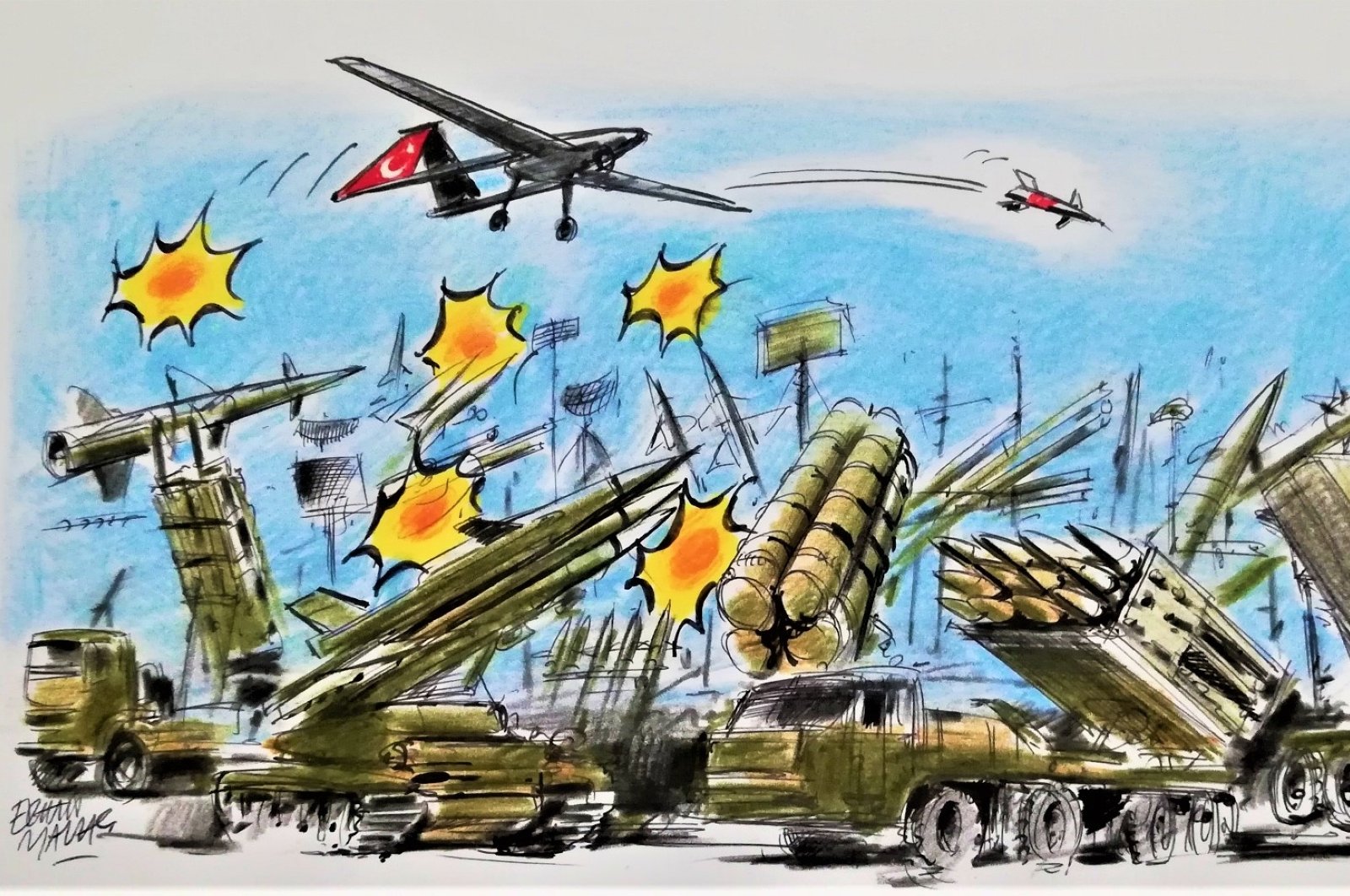 "Mapping the Turkish Military’s Expanding Footprint" was the title of a study featured last year in Bloomberg and several other prominent publications. In light of recent developments, the Eastern Mediterranean and Azerbaijan have also been added to the map. The article written by Selcan Hacaoğlu starts by saying that the Turkish military hasn't been as effective in as many areas globally since the Ottoman Empire, and explains how it has riveted its political influence with its military presence in Syria, Iraq, Qatar and Somalia and as a peacekeeping force in Afghanistan and the Balkans.

The Turkish defense industry budget amounted to 1.8% of the gross domestic product (GDP) in 2015, while as of 2018, this figure increased to 2.5%. In addition, the number of projects in the national defense industry soared from around 300 to approximately 700 in just six years. Currently, there are seven Turkish companies involved in the worldwide national defense industry. Add to these figures the achievements written down in war literature on the armed unmanned aerial vehicles (UAVs) which first entered Idlib, then Libya and most recently Azerbaijan. Not to forget the Turkish intervention that stopped and repelled the advance of the Khalifa Haftar gang, backed by France, the United Arab Emirates (UAE) and Egypt, in Libya. The resulting picture, of course, is dreadful for some nations.

However, the fact overlooked by NATO members is that Turkey is fighting against Russian influence both in Syria, Libya and Azerbaijan. Turkey has fought in regions under Russian influence more than any other NATO member even though the organization has deemed Russia a threat.

This week's developments indicated that Turkey has made a breakthrough and now will have a seat at the table not only in the Middle East, the Balkans and Africa but also in the South Caucasus.

Instead of seeking ways to improve cooperation, Western "allies" on the ground act like an enemy encouraging hostility to rise. It is a natural if not inevitable move to seek cooperation with Russia on the Libya and Nagorno-Karabakh issues, as in the Astana process on Syria.

After July 15, Western media happily reported that the Turkish Armed Forces (TSK) was done for and that it would take years to recover from the failed coup. However, the TSK became stronger as it got rid of the Gülenist Terror Group's (FETÖ) presence. Unfortunately, looking at Western media, President Erdoğan is responsible for all this "tension," if you are to define tension as Azerbaijan wanting its territory back after a 30-year occupation.

Over the 30 years of illegal occupation, empty words have been spoken and fruitless resolutions have been passed but the region has not seen worthwhile action. The lack of action in the situation for years followed by the condemnation of Turkey and Azerbaijan, when this is the first instance of Turkey attempting to save Azeribaijani territory, leads one to wonder if this is a form of continued Turkophobia that has rendered the West shortsighted.