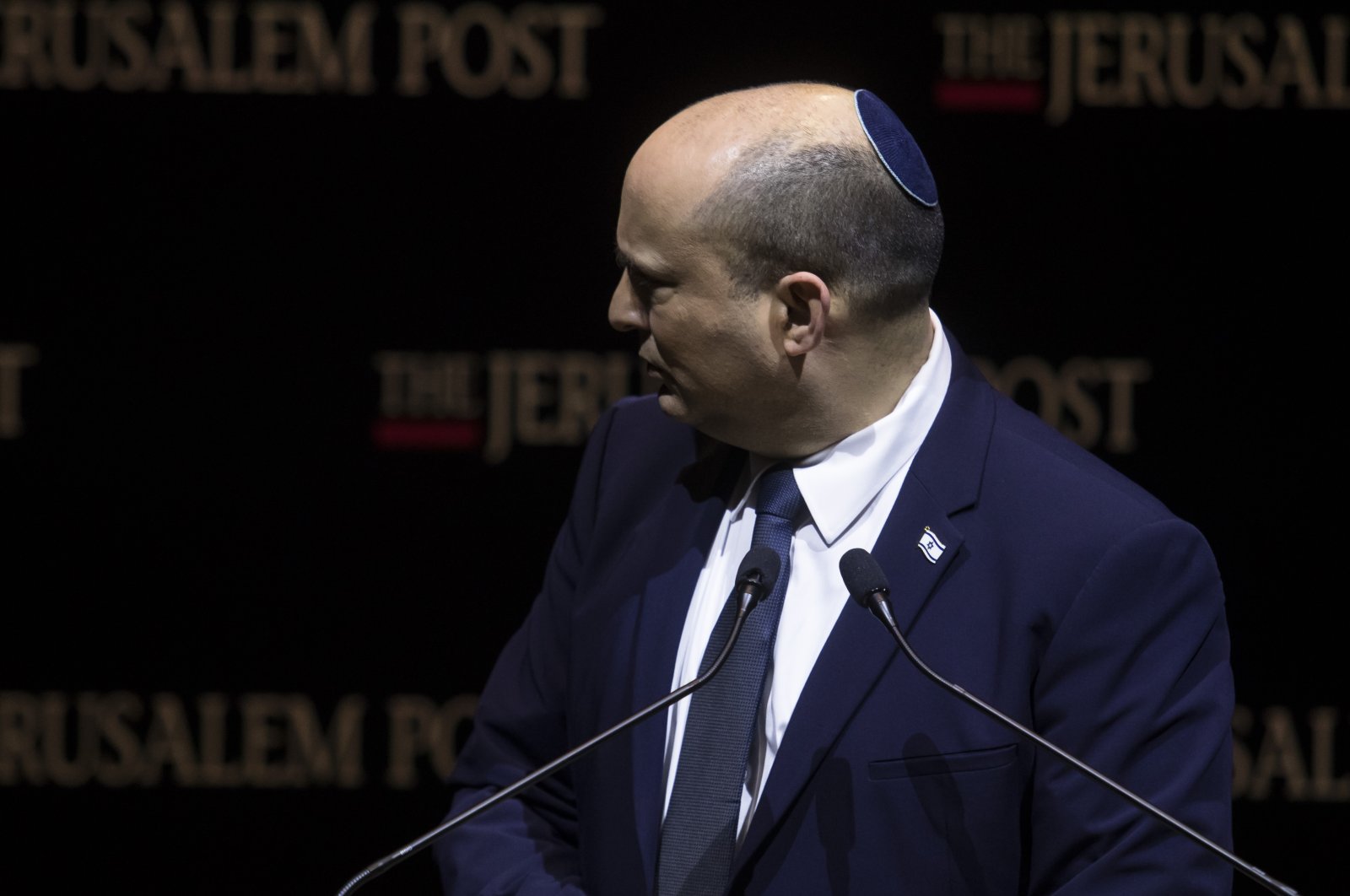 “Anyone but Bibi!” Israelis, Jews and Muslims went to the polls with this slogan last May. But as Ehud Barak, a former Labor Party prime minister, reminds us, Israeli or not, the world seems to have forgotten what we’ve been liberated from! The final years of Benjamin Netanyahu’s premiership in Israel practically saw a low-intensity war against the Palestinians in which their lands were continually occupied.

A young man, an IT pioneer and one of the wondrously successful Israeli startup magicians, Naftali Bennett was the master behind this liberation. Ideologically speaking, he is more “rightist” than Netanyahu, and the political alliance that won the election victory was named Yemina (literally, "rightwards") and based on Zionism and national conservatism. Yet, he was successful creating a coalition with Yair Lapid, chairperson of Yesh Atid, a centrist, liberal, secular, new political party. The alternate prime minister, minister of foreign affairs and former journalist, because of Mr. Lapid, Arab members of the Knesset supported the coalition and the Bennett-Lapid government was confirmed by a vote of 60 to 59, with one member of the Knesset from the United Arab List (Ra'am) abstaining.

A background we know

Bennett is a Zionist, but he is not the headstrong warmonger Netanyahu was. The religious cadres brought Ebrahim Raisi, a hardline, ultraconservative, “right of the right-wing” jurist to the presidency of Iran. Since then, some people in Iran have intensified their parroting of the idea of “wiping Israel from the face of the Earth.” But a cool-headed Bennett assured the United States and European Union leaders that Israel would not act alone to force Iran back to the 2015 long-term deal on its nuclear program with the world powers – namely the U.S., United Kingdom, France, China, Russia and Germany – known as the P5+1.

Bennett has taken a pushy stance in his talks with U.S. President Joe Biden probably because he and his government are afraid that Iran's return to the Joint Comprehensive Plan of Action (JCPOA) could fall through the cracks of new U.S. priorities regarding Ukraine, Russia and China. Even Israeli information shows that Iran still has a long way to go if it is really going to produce an atomic bomb; and Biden’s neocons agree with former U.S. President Donald Trump’s neocons that Iran’s atomic bomb fairytale is no more than a good excuse to dismember it into Shiite, Sunni, Kurdish sectors. They did not convince the left that supported Biden’s bid for the presidency, yet. Not even U.S. Vice President Kamala Harris and Rep. Alexandria Ocasio-Cortez’s squad in the U.S. Congress seem sold on the Wilsonian idea of restructuring the Middle East. Therefore, Bennett has all the reason to be a little assertive on issues related to Iran.

However, the 36th government Mr. Bennett formed was a coalition comprised not only of secular Jews but also conservative Arabs. Last July, the conservative Ra’am Party had halted its parliamentary cooperation with Bennett, denying him a majority at a critical time to pass the budget. The party was angry at the government for aggressively pushing the extension of a law barring Palestinians with Israeli spouses from getting citizenship. The Ra’am members are also upset about Israeli policy regarding the Hamas-ruled Gaza Strip.

The Ra'am party, the Arab Joint List and left-wing Arabs who support Palestinian statehood are all unhappy with Bennett's policy toward so-called settlers. Ahmad Tibi, a veteran politician of the Arab Joint List party, said they have not seen any real policy changes for the Arab community in Gaza and the West Bank: “The settlements continue to grow, there is no peace process. No change.”

It is a golden opportunity for Bennett: He has the support of nonbelligerent Zionists, as well as the liberals, the left and all factions of Arabs in the Knesset. With one decree, he can stop all the settler activities in the occupied Arab lands. He will be surprised at the enormous international support he will receive. Turkey has always supported Israel’s national security. Israel has always enjoyed Turkey’s powerful support under the condition it observes Muslims’ red lines regarding Muslim and Christian holy places in Jerusalem.

Trump was not acting as a friend to Israel when he declared that the U.S. would recognize Jerusalem as Israel’s capital and accept its occupation of Arab lands. Wherever they are, the settlements are simply occupations of the lands of other people. Palestine is large enough to host all Jews and Muslims without occupying each other’s lands.

All of Bennett's IT friends think of him more as an “execution guy than a theoretician.” He successfully started pioneering companies in visionary fields. Politics is no different: If you lead the people, they will follow you; in the investment and industrial world, you have to prove that by supporting you they win. In politics, you have to lead them to a path that will reach to peace and prosperity. Like the many businesses he started, he will create a new company comprised of advocates for peace in Israel that will start a new era. All he needs is a little compassion.

Israel is not the forlorn and desolate state of 1946. It is a strong nation but sometimes its ingrained youthful fears of its neighbors ganging up on it can be understood in its disproportional reaction to the justified demands of the Palestinian people. This Kafkaesque situation must come to an end; only a leader with a strong personality can do it.

Only through this "struggle" will Bennett live up to his name.