Notes from Gaza: I have seen the dead children 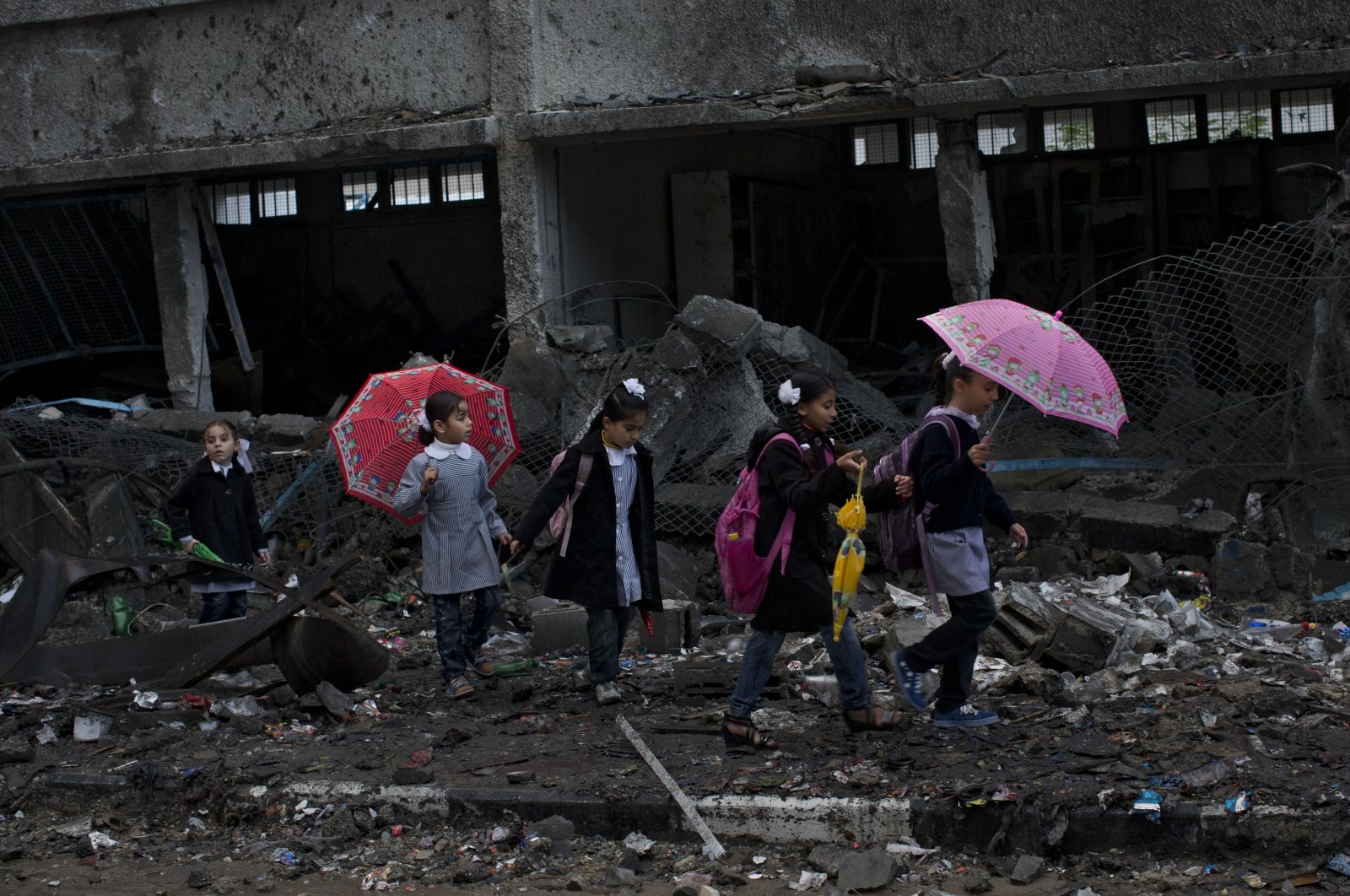 Palestinian schoolchildren walk among the debris of a damaged school targeted by Israeli attacks in Gaza City, Palestine, Nov. 24, 2012. (AP Photo)
by Yahya Bostan May 19, 2021 12:05 am
RECOMMENDED

It was November 2012. I went on a trip that ended up becoming the most significant turning point of my journalism career. I was not a war reporter. I was based in Ankara, covering the prime minister's office. Turkey’s foreign minister, along with the foreign ministers of the Arab League, was going to visit Gaza, where Israel had just carried out attacks. I wanted to go there and cover that trip, and to see what happened for myself. I flew from Ankara to Cairo, and from there, drove to Gaza.

Gaza, which frequently made headlines due to Israeli attacks, was not a large city. It was a county, no larger than 45 square kilometers (17 square miles). To put things in perspective, it is smaller than Üsküdar – one of the 39 districts of Istanbul – or quarter the size of Washington, D.C, less than half the size of Paris or one-twentieth of Berlin. Why go into such details? Because I want you to be able to visualize Gaza.

Back in 2012, that small county was under a blockade and violent attacks, as it remains today. Our bus, full of reporters, departed from Cairo, crossed the Suez Canal and drove through the desert to reach the Palestinian border.

Due to Israel’s blockade, the Rafah border crossing was the only way in or out of Gaza. That border gate was the only lifeline for Gaza’s 590,000 residents – an unpleasant door, which was shut most of the time, outside which people would wait hours under the burning sun.

Upon entering Gaza, the first thing I learned was that the city was like an open-air prison. A prison housing innocent people, including women and children.

It was easy to see

Even the difficulty of crossing into Gaza offered insight into the challenging lives of its population. As the bus drove north, toward the Khan Yunis province, with the Mediterranean to the west, we could already hear Israeli drones hovering in the sky.

Whenever we got off the bus, we could spot oval traces above us. There was a massive Turkish flag on top of the bus – a precaution against the possibility of becoming another target of Israel’s armed drones. The flag would surely protect us, yet all others were devoid of such protection.

The second thing I learned in Gaza was that the fear of death filled the hearts of its residents all the time.

The bus drove through the rubble of buildings, which were destroyed in air bombardments, and reached Shifa Hospital. What I saw there was etched on my memory. One could hear the roar of engines in the sky followed by a massive explosion nearby.

A row of ambulances rushed civilians rescued from the rubble to the emergency room. At one point, seven ambulances reached the hospital simultaneously.

There were bodies of dead children on some of the stretchers. The screams of their relatives were soon lost in further explosions and sirens of more ambulances reaching the hospital.

The third thing I learned in Gaza was that Israel, which goes to great lengths to hide the suffering of innocent people from the world, carried out one strike after another.

I stood at a place where I had a good view of the official delegation visiting the hospital, watching and taking notes. Next to me, another journalist was recording the events taking place at the hospital.

Once the delegation had wrapped up the visit and left, the Palestinian officials, who accompanied the reporters, told us that the hospital was now vulnerable to Israeli attacks and that we should leave at once.

As we rushed back to the bus, another massive explosion took place, somewhere really close. I came to learn that an Israeli helicopter had targeted a designated press vehicle.

That cameraman, who stood next to me outside Shifa Hospital, had died in that attack. The fourth lesson, thus, was that even journalists were not safe in that small town.

Years have passed since that trip. Absolutely nothing has changed in Gaza or the rest of Palestinian lands.

The media keeps talking about destroyed buildings, Palestinians, who are being thrown out of their homes, and children crushed under the rubble.

A great and ruthless crime against humanity is underway in that small piece of land, and the world is shrouded in shameless silence.