Ongoing stalemate in Cyprus only hurts the Turkish side 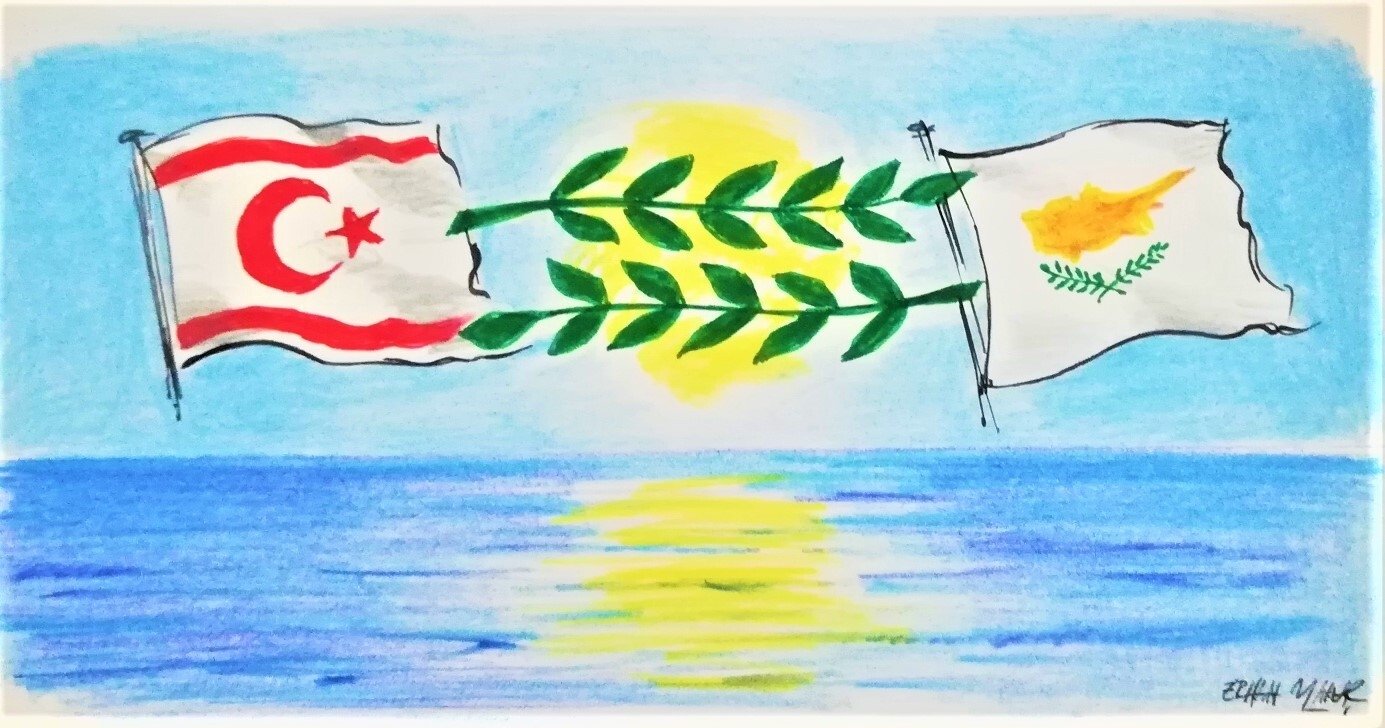 Illustration by Erhan Yalvaç on the Cyprus peace talks shows the flags of the Turkish Republic of Northern Cyprus (TRNC) (L) and Greek Cypriots.
by Talha Köse Jul 28, 2021 12:05 am
RECOMMENDED

Turkish President Recep Tayyip Erdoğan, together with the support of the Turkish Cypriot leadership, decided to take some concrete steps to challenge the existing status quo on the island.

The current status quo and the stalemate is both costly and unfair for both the Turkish Cypriots and Turkey. The Greek Cypriots still deny Turkish identity, and the Turkish Republic of Northern Cyprus (TRNC) is internationally isolated despite their sincere contributions to the U.N.’s mediation efforts.

For decades, the Turkish Cypriots contributed to diplomatic initiatives to find a sustainable solution to the Cyprus problem. They were further isolated, punished and discriminated against as all the negotiation projects were going on.

On the other hand, the Greek Cypriots paid no significant price for maintaining the dysfunctional stalemate and spoiling the ongoing negotiations. Not only that, they were always rewarded.

Turkey and the Turkish Cypriots contributed constructively to the U.N. initiated and facilitated peace efforts.

In 2004, the Turkish side approved the Annan Plan, which proposed a power-sharing approach to a federal solution.

The Greek side denied the plan. It was rejected by a referendum on the Greek side with just a 24% approval rate.

Greek Cypriots and their supporters were not sincere enough about a fair negotiated settlement of the Cyprus issue. They thought they reached their “Enosis” (political unification of Greece and Cyprus) goal under the EU frameworks with the membership of Greek Cypriots to the bloc.

The U.N.-led Crans Montana talks (2015-2017) were very constructive, yet the process was also spoiled by the insincere and malign efforts of the Greek Cypriot leadership.

Greek Cypriot administration President Nicos Anastasiades paid no price for spoiling the Crans Montana negotiations and continued to find the support and solidarity of the EU and the U.S. Greek Cypriots gained several more years to isolate and pressure Turkish Cypriots and Turkey through their malign acts.

Greeks and Greek Cypriots expected Turkish Cypriots to gradually capitulate to the Greek plans for the island's future.

Greek Cypriots anticipated that Turkish Cypriots would accept a Greek Cypriot-dominated political settlement with the “charm of” being part of the EU. Greeks and Greek Cypriots projected that they could put more pressure on Turkey together with the EU institutions.

They believed that their EU membership and EU solidarity against Turkey would be a golden ticket for them to reach their objective of regaining political control of the entire island.

However, the memories of Greeks cleansing Turks from the island were not distant, and the Greek side never promised fair political participation and power-sharing for Turks on the Island.

Turkish Cypriots did not accept the minority status under a version of federalism that does not give significant executive power to the Turkish side in government.

Continuing the existing status quo that punishes only the Turkish side contradicts the principle of a peaceful and fair solution to international conflicts.

The inertia in the Cyprus problem is a long-term strategy that aims to capitulate Turkish Cypriots and Turkey.

The Greek side is emboldened by the EU institutions, Washington, and some other international actors; that is why they constantly and comfortably have managed to spoil all diplomatic efforts so far.

Despite all their spoiling efforts, their practices have always been rewarded.

The existing stalemate is hurting only the Turkish side. If this situation continues in such a lopsided manner, there will not be a fair diplomatic solution to the Cyprus issue for the foreseeable future.

Turkish Cypriots do not want to be denied, isolated and encircled any longer. Turkey also does not want to be pressured further by the "Turkophobic" circles in Brussels under the pretext of the Cyprus problem.

Erdoğan’s recent visit to the island aimed to change the existing status quo that unfairly punishes the Turkish Cypriots.

Erdoğan’s plans to gradually open Maraş (Varosha) is an essential tactical move. Yet, the fundamental objective is to put more pressure on Greek Cypriots, Greece and their international sponsors for a more sincere, realistic and urgent solution to the problem.

There will be further and bolder steps on the road. Strategic plans to strengthen the independent status of the Turkish Cypriots and international recognition are in place as well.

Turkish Cypriots and Turkey demonstrated their Best Alternative to a Negotiated Agreement (BATNA).

They now expect Greek Cypriots and the Greek side to change their dysfunctional negotiation strategy. The Turkish and Turkish Cypriot presidents demonstrated that they would not wait 50 more years for a fair and realistic solution.

The EU and the U.S., who continue to be pillars of the existing stalemate, should instead put more pressure on Athens and the Greek Cypriots.