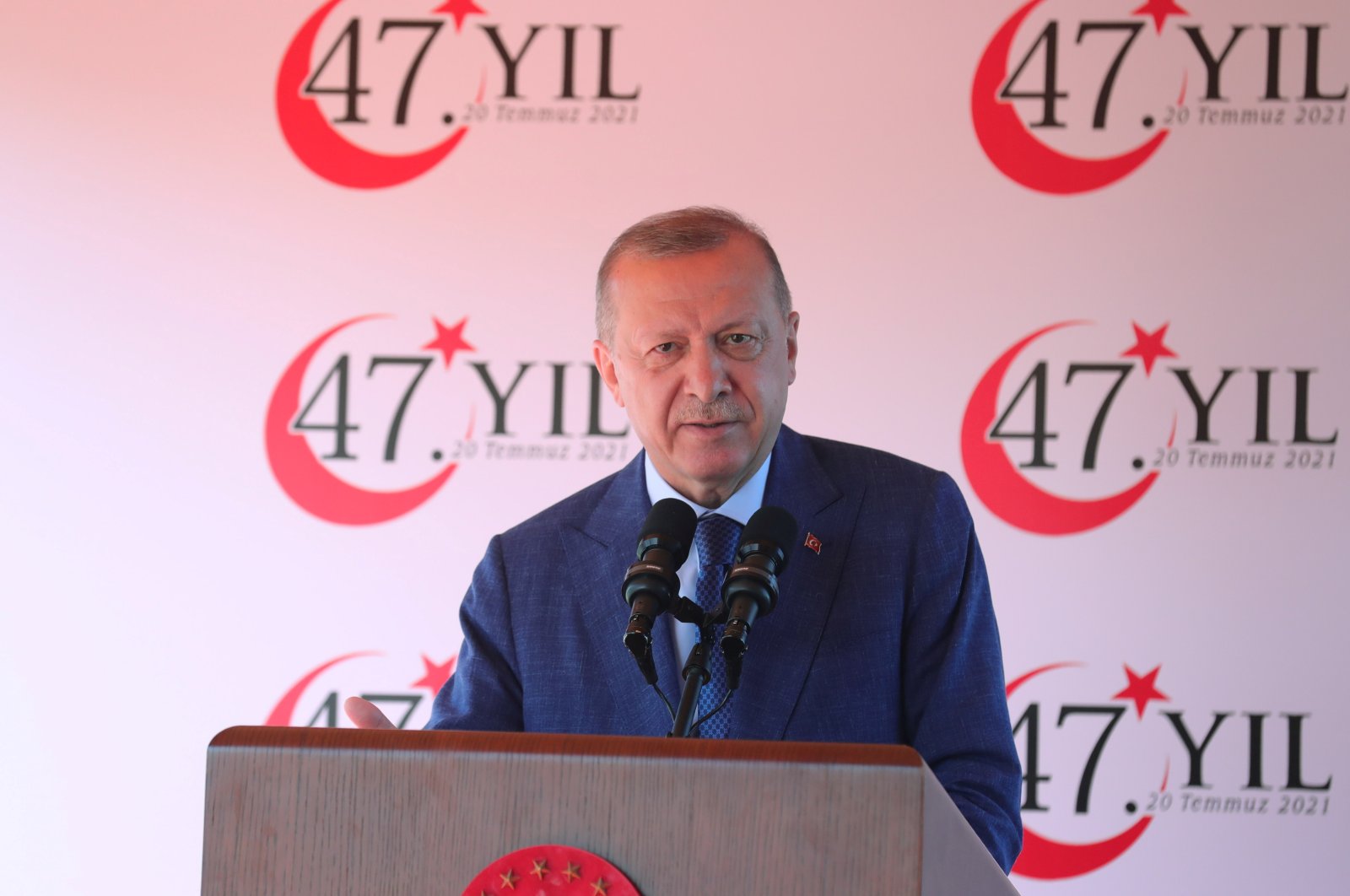 Turkey doesn't have "another 50 years to waste" on the Cyprus issue, Turkish President Recep Tayyip Erdoğan said on Tuesday, adding that proposals for a peaceful resolution of the issue are still on the table.

"A new negotiation process on Cyprus can only be carried out between the two states," Erdoğan said at a ceremony in the Turkish Republic of Northern Cyprus (TRNC) marking the 47th anniversary of the Cyprus Peace Operation.

Every year the Turkish Republic of Northern Cyprus (TRNC) celebrates July 20 as its Peace and Freedom Day to mark the operation – a large-scale military intervention to protect Turkish Cypriots from the violence that struck the island in 1974.

"The Greek Cypriots could not wake up from the ignorance of seeing Turkish Cypriots as a minority and rejecting a solution on the basis of equality," he said, adding that the Greek Cypriot side insists on maintaining its "maximalist, insincere and spoiled approach that is disconnected from reality."

Erdoğan underlined that the EU had vowed to support Northern Cyprus in financial and administrative matters, but that it hadn't done so.

Referring to the Greek Cypriot Administration, Erdoğan said: "We can see that there are still those who yearn for the massacres before 1974. They are not honest."

"We are right [on Cyprus issue], and because we are right, we will defend our rights until the end," he stressed.

"No one should expect from Turkish Cypriots to give up their equal status and sovereignty, and to accept to live as a minority as per the will of the Greek Cypriots," he said, adding that the Turkish Cypriots will not compromise on their independence and freedom.

"First of all, the sovereign equality and equal status of the Turkish Cypriots should be confirmed. This is the key to the solution," the Turkish president said.

On the island's town of Maraş (Varosha), which was partially reopened to the public in 2020 after 47 years, Erdoğan said the opening will be carried out with utmost attention to the property rights.