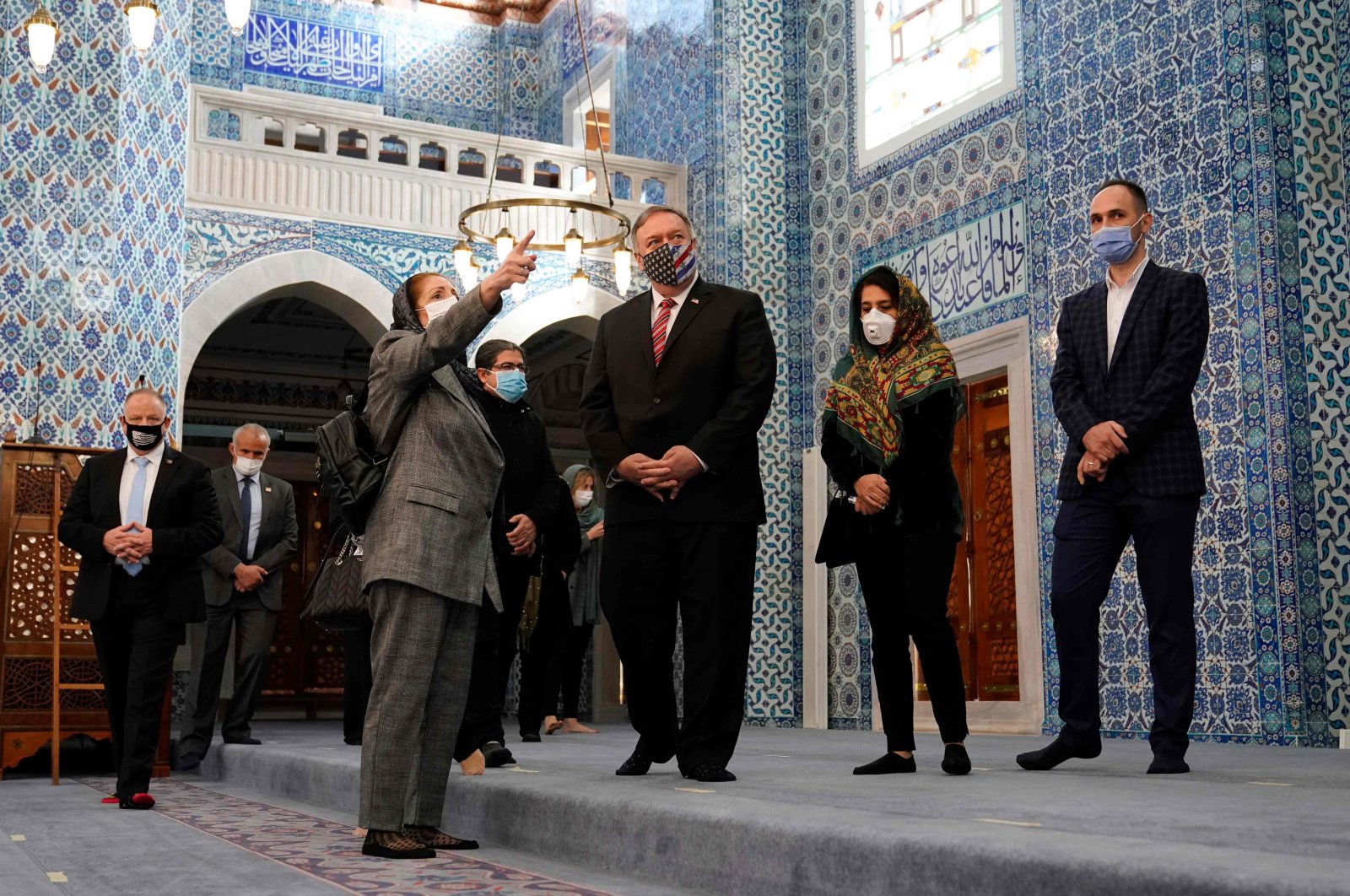 U.S. Secretary of State Mike Pompeo has embarked on a farewell tour of Europe and the Middle East as U.S. President Donald Trump prepares to say goodbye to the White House. Although he has not named this a farewell tour, Pompeo is aware that these are his last visits as secretary of state, given that the heads of states on his route are among those who called and congratulated President-elect Joe Biden.

In fact, one aspect of Pompeo’s visits is of particular concern to Turkey, since this is the third visit he has paid to the region to address issues regarding Turkey but has not stopped in Ankara to meet with Turkish officials.

During his visit to the Greek Cypriot administration last September just after the U.S. lifted the arms embargo imposed there, Pompeo stated they were very concerned about Turkey's mobility in the Eastern Mediterranean. Two weeks later, he went to Thessaloniki, Greece, and then to the military base in Crete, where he said at a news conference that the U.S. supports Greece’s energy policy and “considers Greece a pillar of stability” in the region. Although he openly criticized Turkey on each of these visits, he returned home without dropping by Ankara.

On his final international tour, Pompeo will visit France, Turkey, Georgia and Israel and then head toward the United Arab Emirates (UAE), Qatar and Saudi Arabia. It appears that “lame duck” Pompeo mainly talked about Turkey with French President Emmanuel Macron during his visit to Paris. This was at least clear from Pompeo's statement to French daily Le Figaro. "Macron and I agree that Turkey’s recent actions have been very aggressive. Europe and the U.S. must work together to convince Erdoğan such actions are not in the interest of his people," he was quoted as saying.

I do not think the only problem for Pompeo, who met with Greek Orthodox Patriarch Bartholomew and Archbishop Paul Russell, the Vatican's ambassador to Turkey, in Istanbul, is “religious freedoms in Turkey.” So Turkish state officials, who did not meet with him because he did not come to Ankara, seem to have made the right decision.

After all, the representative of the most Islamophobic president in U.S. history with his long list of anti-Muslim policies, including the “Muslim ban,” could not have anything to say about religious freedoms to a government that has renovated hundreds of churches in the last decade, restored the Bulgarian Iron Church and Sümela Monastery to the glory of their old days, and almost rebuilt the Grand Synagogue in the northwestern province of Edirne, the second-largest synagogue in Europe.

It is hard to guess what U.S. foreign policy will be in the Biden era. Former U.S. President Barack Obama's foreign policy, however, was full of inexplicable zigzags and crossed-out red lines. So, it is clear that seeing Turkey as a NATO ally that must be reconciled with, rather than a country that must be surrounded and reined in like Russia, will lead to more fruitful results. After all, apart from a few sympathetic statements by Trump, the U.S. has long been trying the option of a siege against Turkey.