The age of proxies 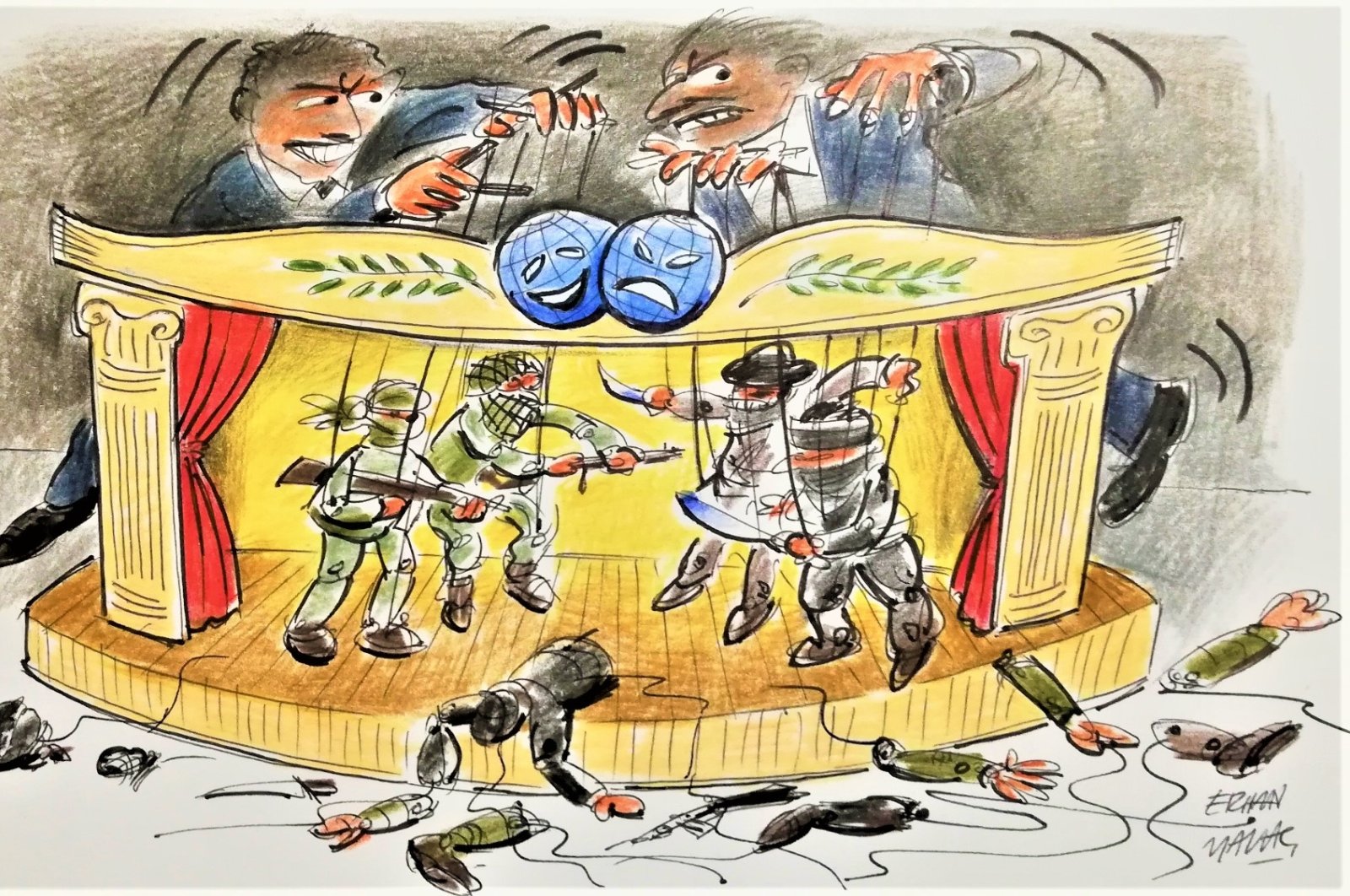 Lately, I have been discussing the “age of proxies” but do not attempt to search for it on the internet because all you’ll get is a list of advertisements for virtual network products. They are not the same, but they are close in international politics. Imagine a game in which Nation A hits Nation B, but the whole world thinks that it is Nation C who hit National B because Nation A hides behind Nation C.

During the Hellenistic and Roman eras, world states used to instigate one party to declare war on others, not directly involving themselves in the conflict. Historically, such wars were termed “proxy wars.” Why would a state do such a despicable thing? When you are not directly part of a conflict, you don’t align yourself with the belligerent party. In this way, you can still influence the first party, look like an honest broker and achieve your interests. This is generally called “Byzantine politics,” named after the inventor of this contemptible practice.

The Byzantine Empire would deliberately cultivate intrigue among rivals and then egg them into war. The Byzantines then would either act as peacemakers, pushing them both, or by siding with one party, reap the fruits of war without putting “boots on the ground.”

In the modern age (we’d better put an exclamation mark after the word “modern”), European nations once again had the opportunity to enjoy Hellenistic and Roman-like supremacy over other countries, playing the proxy tricks that would put the Byzantines to shame.

At the time, Europe played the Byzantine game on the Ottoman Empire, and the reward was their petroleum. They wanted to cut the Ottoman state into pieces and create puppet countries in manageable sizes so they could own a piece of that reward as proxies.

As Selim Atalay says in his new book "Hedefteki Osmanlı: 100 Yıllık Komplo" ("The Ottoman at the Target: 100-Year Conspiracy"), to cut a country into pieces you have to rename the geography. If the Ottomans call it Mosul Province, you call it Mesopotamia, borrowing the name ancient Greeks used for the area situated within the Tigris and Euphrates rivers, which would not even correspond to the area you are trying to steal. You call the area you are going to give to France “The Levant,” a name that has not been used since the Crusades. Now you can create your puppet state with any name you like: Iraq, Syria, Lebanon, Israel, Kuwait, etc.

According to Atalay, World War I would have been a regional war to dismember the Ottoman Empire had the British not requited soldiers from its colonies on the other end of the world. It could also be named the “Petroleum War” should it not bluntly and rudely give away its secret aim of dismembering the Ottoman Empire.

Unfortunately, this 100-year-old scenario seems to still be in effect in the southern lands of the Ottoman Empire that is called the Middle East today. Even then, the white man with his bayonet rifles would look very coarse in the modern world so he had to come up with a subtler approach: local chieftains and emirs closely cooperating with the puppeteers.

Atalay depicts a picture of former U.S. President Woodrow Wilson facedown on a huge map of what we now call the Middle East and the Balkans, former French Prime Minister Georges Clemenceau on all fours next to him and former British Prime Minister Lloyd George squatting next to them.

Later, a young British foreign service clerk would note that the “three big men, who had no idea of what they were doing, were slicing the Ottoman Empire like a cake.” He wrote that there was little sense to their crazy plan.

Their scheme became the blueprint for post-World War II Mediterranean and Middle Eastern partitioning. Now, America's neo-conservatives do not like that plan anymore and want to redraw the map, but they cannot call it the redesigning of political geography. They call it the “Global War on Terrorism” (former U.S. President George W. Bush and former U.K. Prime Minister Tony Blair), “post-war politics” (former U.S. President Barack Obama) and the “war on political Islam” (incumbent French President Emmanuel Macron). We simply call them proxy wars.

Before the collapse of the Soviet Union, according to online encyclopedias, there were 60 proxy wars. After the collapse, 16 more took place with the most substantial being the Libyan Civil War between the late Libyan leader Moammar Gadhafi, with the support of Belarus, Algeria and Cuba, and NATO. It continues still only with new patrons and clients. If you look carefully at the current proxy conflicts, you’ll see that we are back to the scene of the same puppeteers leaning on similar maps of the Mediterranean and the Middle East.

Yet, whatever they have in their mind doesn’t seem to be that easy to implement anymore.